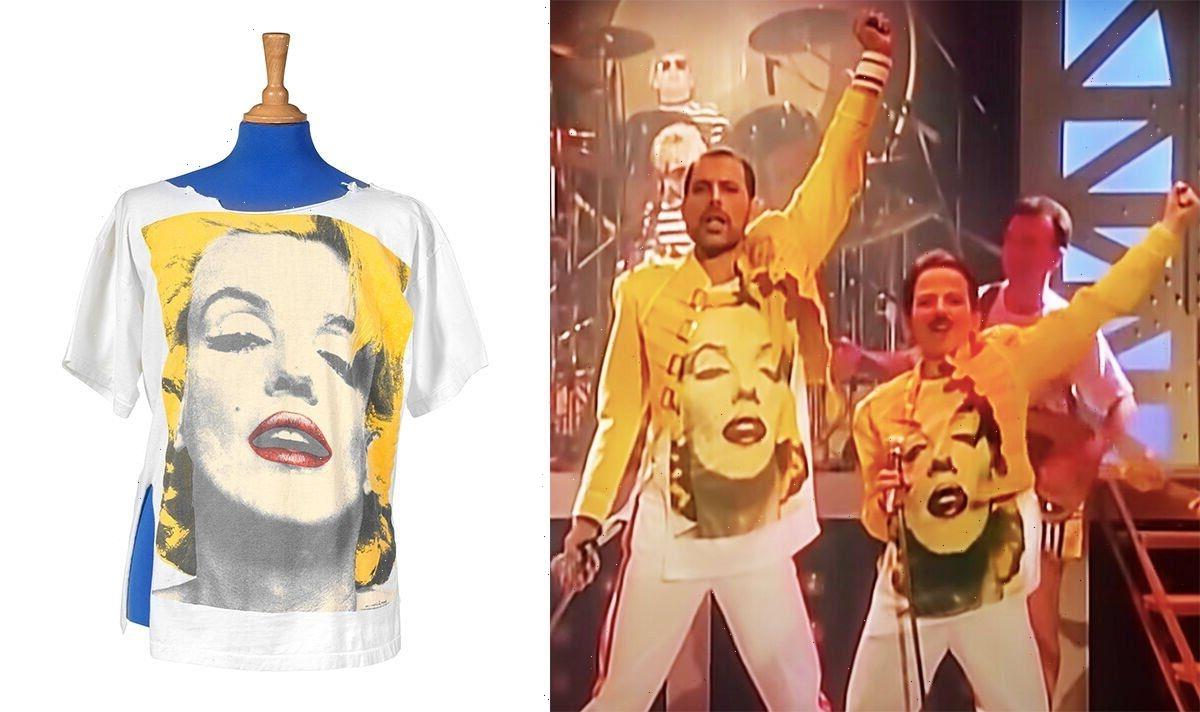 A year after Queen completed their 1986 Magic tour, Freddie Mercury was diagnosed with HIV. Due to his declining health, the band spent the last four years of his life recording two new albums together: 1989’s The Miracle and 1991’s Innuendo. Although they had stopped performing live concerts, they still put out some epic music videos together.

For The Miracle – which is released as a collector’s edition tomorrow – Breakthru’s music video had the band attempt a dangerous stunt of performing on top of a fast-moving steam train.

As for the album’s title track, Freddie, Brian May, Roger Taylor and John Deacon were joined on a stage by boys dressed as them at Elstree Studios The Queen singer’s costume was a yellow military jacket and a T-shirt with Marilyn Monroe’s face on it, inspired by Andy Warhol’s artwork. This week that very top has sold at auction in Knightsbridge, London for a huge amount of money on the winning bid.

The item’s description read: “White cotton oversized t-shirt with Andy Warhol-inspired image of Marilyn Monroe printed on the front, stamped European Son Designs c.1988, with cut-away slits to either side and hand altered collar, accompanied by black and white photograph backstage from the filming of the video and a handwritten letter concerning the provenance.”

The accompanying backstage photo captured Freddie and his mini lookalike.

Printed on the back of the picture it says: “Queen for a day, treat for four lookalike kids…Freddie Mercury and Queen with the four young impersonators, filming the new video for The Miracle.”

The item description added: “One of the cutaway slits either side of the t-shirt is clearly visible in this photograph. The handwritten letter of provenance is from [Freddie’s last boyfriend] Jim Hutton, and reads ‘This confirms that this T shirt is the original one as worn by the late Freddie Mercury during filming of The Miracle video…'”

In the end, the winning bid for the piece of Queen history was a whopping £31,800.