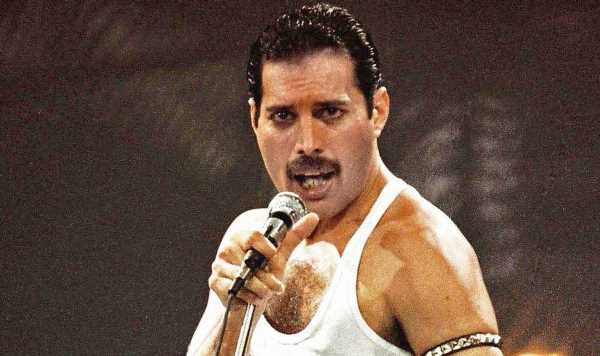 Freddie was many things: a sublimely gifted singer, composer and musician – and a generous and devoted friend. Nobody, however, could ever accuse him of being meek and mild. His PA and close friend Peter Freestone told Express Online that the star actually used to enrage people on purpose: “Freddie would provoke fights because that gave him the impetus to work, it got his juices flowing.” There are fabulous tales of him sparring with Bowie, who died on this day in 2016. The superstars famously locked horns during their collaboration on Under Pressure, but the real clash came over a completely different recording. The truth emerged during a fascinating interview with Freddie from 1983

The original Queen sessions with Bowie took place in Switzerland, where Brian May fondly remembers the two singers constantly clashing.

Freddie recalled: “We were friends from a long time back. We were in Montreux in Switzerland, we own a studio there, and he lives there and he kept coming to the studio and listening to our tracks and we were jamming to some of his old songs..

“One night were were having dinner and after that we going  back into the studio…and it just happened and he said, ‘Why don’t we start fooling around and see what happens?’ We started playing around on the piano and the rest of the band were there and Under Pressure started to build.”

Brian May later told colourful tales of the sparring and ego-flexing between the two dominant frontmen.

He said: “It wasn’t easy because we were all precocious boys and David was very… forceful, yes. Freddie and David locked horns, without a doubt. But that’s when the sparks fly and that’s why it turned out so great… (They battled) in subtle ways, like who would arrive last at the studio. So it was sort of wonderful and terrible.”

Bowie also clashed with Queen bassist John Deacon over the guitar riff and Brian himself admitted later: “At the time I wasn’t happy about the mix. Looking back I still think it’s a very special song.”

May also revealed that there are still unreleased tracks from those recording sessions that never saw the light of day because Bowie blocked their release.

However, it was during another recording session that Bowie would genuinely upset Freddie.

In a 1983 interview (which you can watch above) Freddie was asked about the rumoured clashes with Bowie during Under Pressure and let spill details about another fight.

He said: “No. That was something else. He did backing vocals on one of my song that was on the album, that wasn’t Under Pressure, that was another one.

“When it came to being released he didn’t like what he did. I was like, ‘a**hole, he tells me right the tail end when the thing is just about to come out!'”

Freddie was asked how he dealt with the problem. He laughed and said: “That’s just artistic licence. ‘Fine,’ I said, ‘it’s quite easy, I just erase his vocal’ – and out it came… It was just background vocals.”

Probed if he thought Bowie had gone too far and if it spoiled their friendship, he added: “Whatever. I think it was unnecessary (what he did). We’re speaking, we’re just in different parts of the world. I’m not one of those bitchy queens, no, no, no… He’s alright, he’s OK.”

Only a few year later, Bowie would perform Under Pressure with Lisa Stansfield at the Freddie Mercury memorial Concert For Life in 1992.