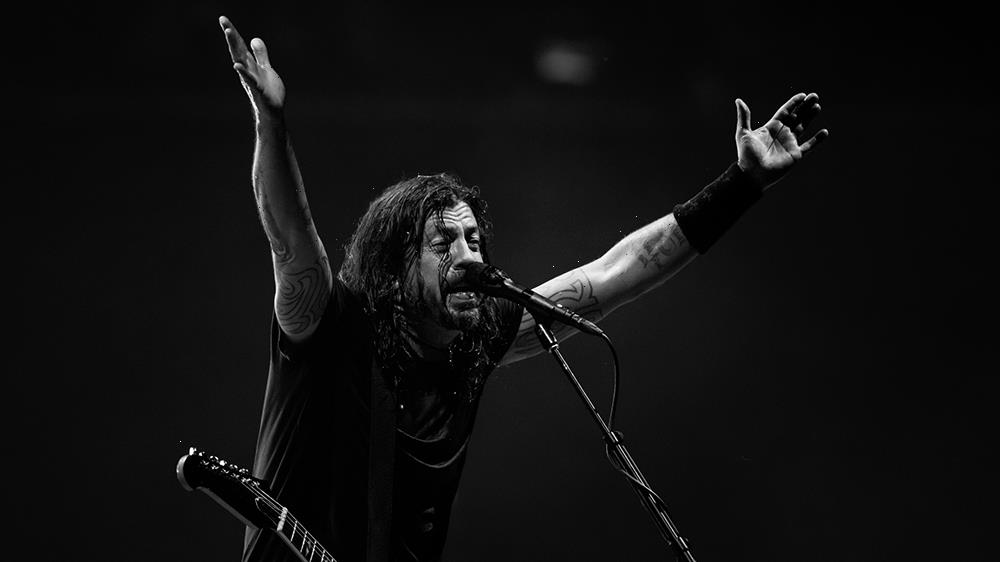 When the Foo Fighters aren’t trolling Westboro Baptists, preparing to receive the first-ever Global Icon Award at the 2021 VMAs and breathing life back into Madison Square Garden amidst a global pandemic, they’re doing what they do best: putting on a rock show.

Last month a select group of lucky fans in Los Angeles were treated to an intimate performance at the Canyon Club in nearby Agoura Hills, Calif., which was met with anti-vax protestors. Then they had to push back their Los Angeles show at The Forum due to a positive Covid-19 test in their camp. With a renewed mask mandate and proof of vaccination required, the band made good on that postponement as a sold-out crowd packed into the Forum with face-coverings and enthusiasm in tow.

Such reminders — that we are not yet back to safety — didn’t stop anyone in the room, especially Dave Grohl, from enjoying themselves.

The Foos’ two-and half-hour set started with a slowed-down rendition of the poignant “Times Like These.” Slowed-down that is until Grohl shouted, “Here we go mother fuckers!” and the energy in the room exploded, setting the tone for the rest of the band’s 19-song set. Grohl was less chatty than usual, but as he pointed out, “we have so many fucking songs that we can’t stop. It’s true. If you want us to play all 225 songs or whatever we have, we’ll be here for six days.”

Indeed, the Foo Fighters pack more hits into the first hour of their set than most bands have in an entire career.

There was still some wiggle room, however, to cover a few classics. About halfway through their set, a giant disco ball lowered from the Forum ceiling and the Foo Fighters transformed into their disco alter-egos, the Dee Gees, for a cover of Bee Gees “You Should Be Dancing.” “Oh shit it’s been a weird year,” proclaimed Grohl after impressively handling the Barry Gibb falsetto with a little help from his backup singers, including daughter Violet Grohl.

Back as the Foo Fighters, it was time for Grohl to introduce the rest of the band, which lead to a mini, impromptu Charlie Watts tribute. Grohl revealed he “cried at the carwash” when he heard of Watts passing earlier this week.

In now what’s become a Foo Fighters show staple, drummer Taylor Hawkins switched places with Grohl for a cover of Queen’s “Somebody to Love”. This presented the opportunity, not only for Hawkins to showcase his skills as a frontman, but for Grohl to take a familiar spot behind the drum kit. “Do the No One Knows thing,” demands Hawkins into the mic. “Triplets! Best triplets in the business,” and “Now the long ones” from Hawkins all while Grohl rips on the drums. Among classic sing-alongs like “My Hero,” “Breakout,” “All My Life,” “Best of You,” and “Monkey Wrench” were new songs off their latest album “Medicine at Midnight,” including the title track.

However, the highlight of the night was Grohl bringing out his “arch nemesis” Nandi Bushell, an 11-year-old British drumming prodigy who challenged him to a drum off and as Grohl puts it, “flips my fucking ass in front of the entire planet” online. As the stage crew rolled out a small-but-mighty pink drum set, Grohl explained just how special Bushell is.

Said the Foos frontman and Nirvana drummer: “This person inspired me last year so much and I’ll tell you why. Because in a time when you would pick up your phone or turn on a computer and all you have is bad news. For that one day, you can pick up your phone and see this connection between two people that have never met making music together and spreading joy and love all across the world.”

Nandi Bushell didn’t just spread joy and love on Thursday night, she helped her new friend close out the show by absolutely shredding the Foo Fighters biggest hit, “Everlong,” while Foo Fighters drummer Taylor Hawkins put his feet up and enjoyed the show. Bushell didn’t miss a beat and sounded like she’d been touring with Foos for the past 26 years, even though they had just met in person for the first time that night.

In a time of such uncertainty, seeing the Foo Fighters teach an 11-year-old musician how to throw guitar picks into a rambunctious crowd after taking a bow was exactly how that night should have ended. But really, it wasn’t an unordinary finale for any Foos show  – different generations spanning across multiple decades joining together in rock.