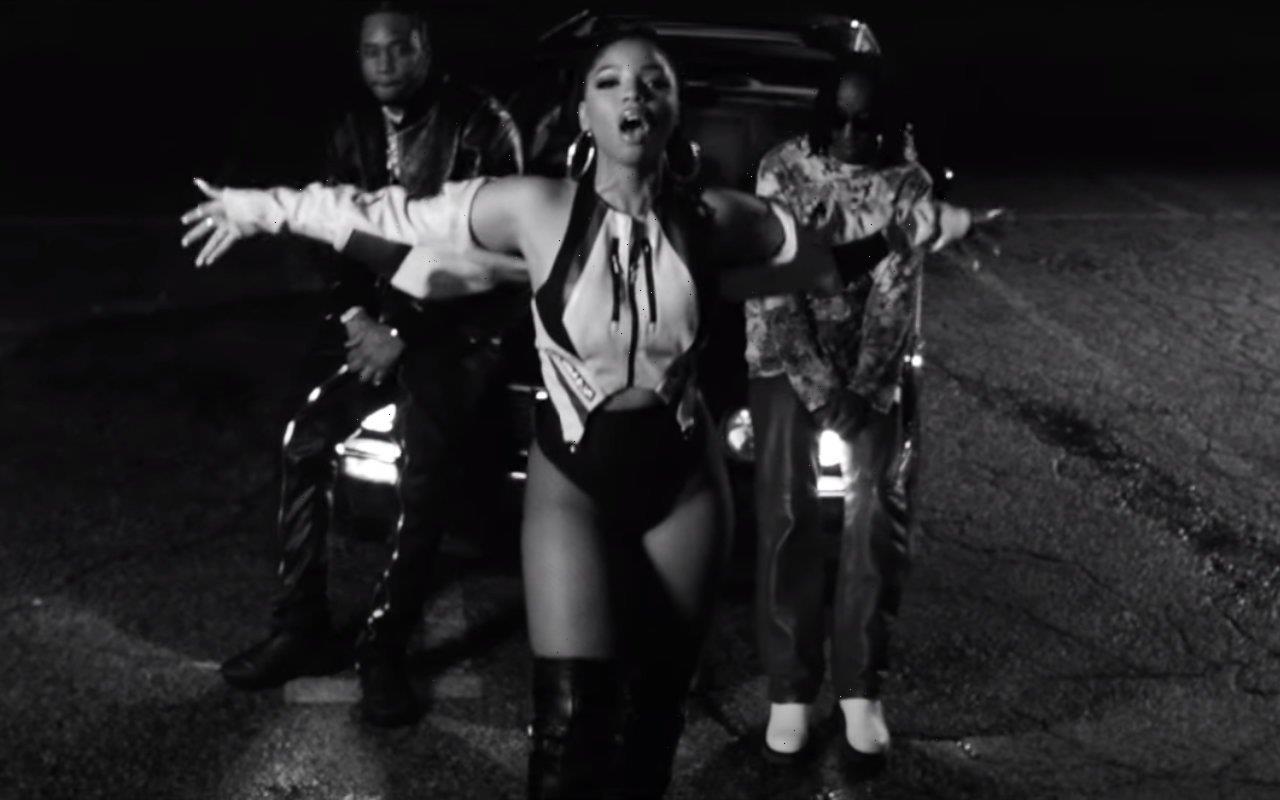 ‘Hello’ is the latest track of Fivio’s debut album ‘B.I.B.L.E.’ to receive music video treatment after ‘Slime Them’ featuring Lil Yachty as well as ‘For Nothin’.

AceShowbiz –Fivio Foreign continues to treat fans to music videos for his “B.I.B.L.E.” tracks. On Wednesday, May 11, the New York-born rapper unleashed visuals for “Hello” ft. Chloe Bailey and KayCyy.

In the clip, Fivio is seen pursuing his love interest. The emcee is clearly falling head over heels with his new lady as he doesn’t shy away from showing his feelings to her.

“Whethеr you knew it or whether you know it/ I need you with me and it’s hard not to show it,” he raps. “I move like a demon and talk like a poet and if you ain’t goin’, it’s no one to go with/ I’m movin’ with confidence/ I’m never hesitant/ You got the perfect lil’ body and measurements.”

Chloe and KayCyy are also featured in the footage. Dressed in a sexy bodysuit, Beyonce Knowles‘ protege sings in her verse, “Talk to me nice/ I just might make you go viral/ Raising your price/ Being with me is so vital/ Oh, it look good, don’t it?/ The whole damn world want it/ So show me how you gon’ own it/ I just want you on it, baby know.”

“Hello” is the latest track of Fivio’s debut album “B.I.B.L.E.” to receive music video treatment. He has previously dropped visuals for “Slime Them” Lil Yachty, “For Nothin”, “Magic City” ft. Quavo as well as “City of Gods” ft. Kanye West and Alicia Keys.

The 17-track set arrived on April 8. Following the album release, Fivio earned praise from Nicki Minaj, whom he recently collaborated with for “We Go Up”. Making use of Instagram Story, she gushed, “This fivio foreign album rlly hittin the mthafkn spot. Sooooo SOLID. Sonically authentic & well thought out. Cohesive body of work with a signature sound that is very true to where he’s from.”

While picking out “For Nothin”, “Changed on Me”, “On God” and “Hello” as her favorite songs, the 39-year-old Trinidadian female rapper also gave a shout-out to Coi Leray, Chloe and KayCyy for their features. “Kayccy is [fire] on both of his songs, chloe bodied her verse. Loved coi too @fivioforeign_8fs,” she raved.