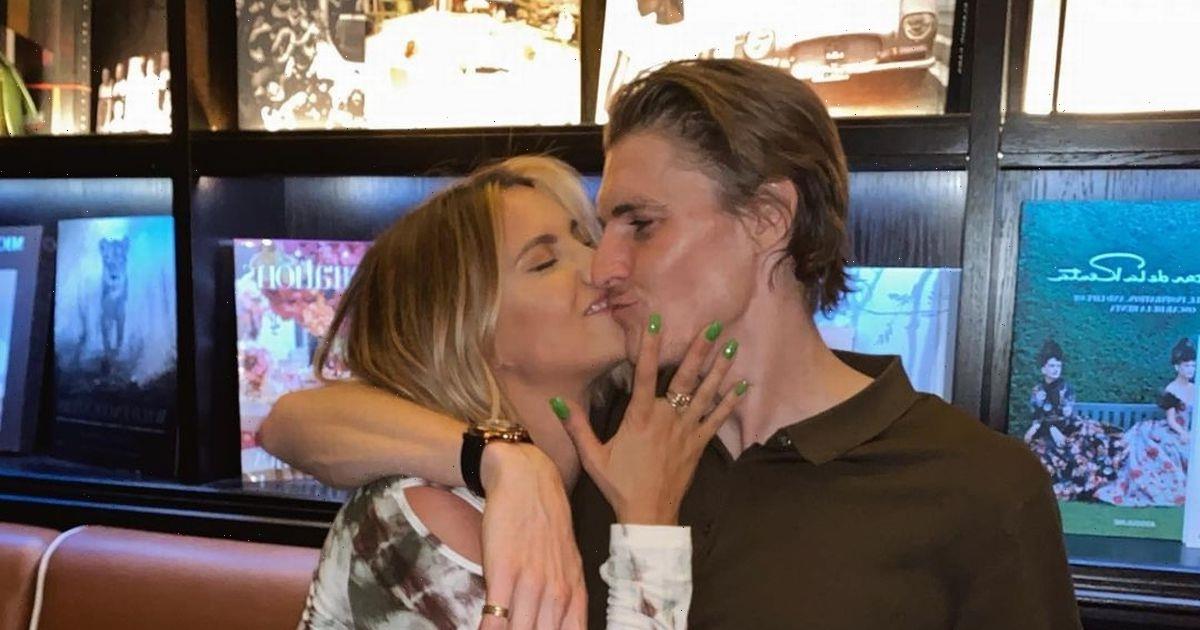 Ferne McCann has reportedly split from her boyfriend Jack Padgett.

The former TOWIE star, 30, was first linked to the marketing manager in December last year.

She later gushed that he was "The One", with them moving in together during coronavirus lockdown.

However the duo have now called it quits on their relationship, with a source saying that they were "on different paths".

An insider told The Sun: "Ferne has called time on her relationship with Jack Padgett.

"Ferne said it was a case of ‘right guy wrong time’.

"It was clear to all of us that they were both on different paths.

"Jack’s life revolves around hosting events and nightlife because that’s his job."

Daily Star has contacted Ferne's representative for a comment.

The romance between Ferne and Jack was revealed in December when the pair were spotted kissing while on holiday in South Africa.

The First Time Mum star said in February that her new beau had moved in with her and three-year-old daughter Sunday for lockdown saying he was "The One".

They went Instagram official back in February with a cosy snap of them embracing – weeks after they'd first been rumoured to be dating.

Jack is a male model, who also works as a client relationship and marketing manager for events company Konflict London.

The split comes just days after Ferne left a restaurant where she and Jack had been dining with friends on Sunday night on her own.

Ferne and Jack had been enjoying dinner and drinks at trendy Japanese restaurant Sumosan Twiga before she strutted out solo.

Before making her departure, Ferne shared a series of snaps and videos from inside the upmarket eatery as she she and Jack celebrated with friends.

In one of the short clips, the I'm A Celeb star is seen running her hands through Jack's long locks which she captioned with love-heart eye emojis.

He is close friends with Piers Morgan's son Spencer, and has previously been spotted on holiday with him in Ibiza.

Before that her ex Arthur Collins, who is Sunday's father, was jailed over a nightclub acid attack in 2017, leaving the reality star devastated.