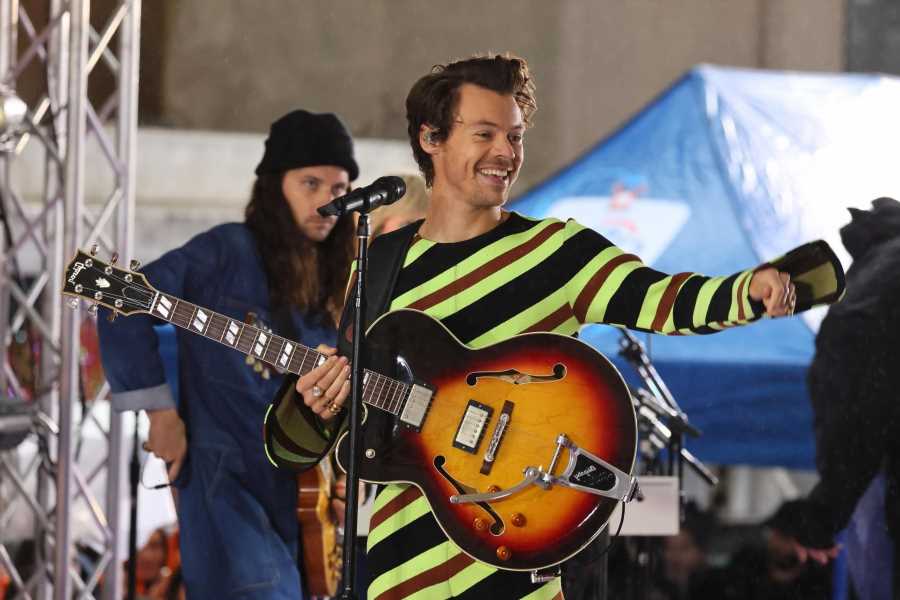 Harry Styles drew a horde of fans to Rockefeller Plaza on a gray, drizzly Thursday morning, May 19, for a special performance and interview on Today.

In an interview with the hosts, Styles was asked about the massive crowd that had assembled: Approximately 50,000 people had requested passes to the event, though it wasn’t clear how many actually made it to see the performance. Either way, Hoda Kotb noted that some had been camping out for days, while many showed up as early as 5:30 in the morning.

“I feel very lucky that throughout my career so far, I just keep being surprised by the dedication and the support that I’ve had from these amazing people,” Styles said. “So thank you so much for continuing to surprise me.”

'Harry's House:' Where to Buy Every Edition of Harry Styles' New Album Online

The musician went on to discuss his new LP Harry’s House — out tomorrow, May 20 — calling it his most personal, and “the most intimately made thing I’ve done so far.” He continued: “Obviously, the pandemic and everything kind of added to the way it was made. It was made by a few people in a small room. Whether we kind of moved around the world a couple of times, it was very much that core group that I work with.”

Despite some of those constraints, Styles said making Harry’s House was “the most free I’ve felt making music,” and said it was the music he’s most proud of making so far in his career. To that end, Styles called the LP his “most diverse” sounding, as it draws on many of his biggest influences.

“I feel like it’s kind of a collection of all of my favorite things and very much like the album I’ve always wanted to make so I’m really happy,” he said.

As for his performances, Styles played the lead single form Harry’s House, “As It Was,” as well as “Watermelon Sugar,” the big hit from 2019’s Fine Line. He also performed “Boyfriends,” another Harry’s House track that hasn’t been officially released yet, though he did perform it at Coachella.

Of the latter track, Styles said, “’Boyfriends,’ I wrote kind of towards the end of the recording of the last album. And there was something about it that was kind of one of those. We could have rushed it to get it ready and it just felt like there’s something special about it and I wanted to kind of take my time with it. I knew that it would find its way onto the album. It was meant to be and I love the song.”