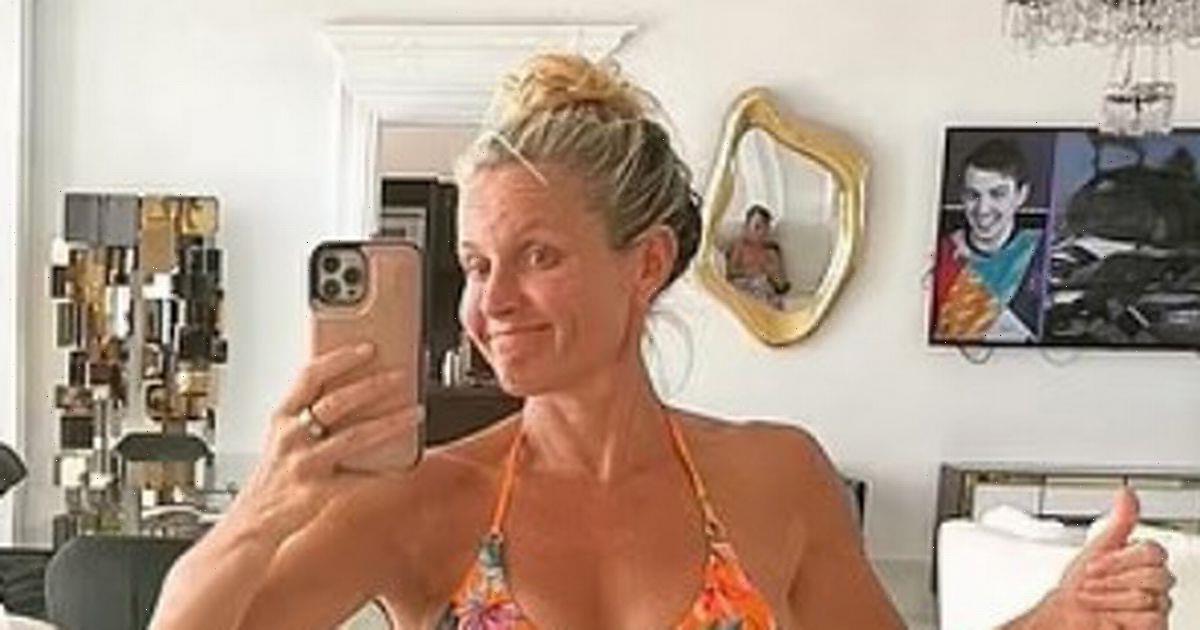 Former Hollyoaks star Davinia Taylor has shared her weight loss secrets after going from a size 16 to a size 8 and shedding an impressive three stone.

The actress – who now works as an interior designer – showed off her incredible body transformation as she revealed her methods for beating the bloat and getting a flat stomach.

Davinia stripped down to her bikini for a series of images as she made the candid post to her followers on Instagram and confessed to using prebiotic Molkosan and aloe vera juice to help keep in shape.

She wrote: "I've literally battled the bloat for decades, in fact for as long as I can remember, even at the age of five I had a distended stomach which I've had to suck in.

"I remember this so well as when I was in a ballet leotard little did I know (or my mum know ) that was to do with gut dysbiosis probably due to a high wholegrain diet, recommended by the low-fat high-fibre mantra we were all raised on."

The star has now promised her followers they will see results in 10 days if they take her advice.

She continued: "But what I can recommend is — for anybody who is suffering long-term bloating is Molkosan and aloe vera (ideally no sugar) on an empty stomach diluted in water… ideally in ten mornings and every day for about two weeks you will see such a difference!"

Davinia previously appeared on This Morning last July to discuss her weight loss success as she claimed "biohacking" had helped her achieve her goals.

She told hosts Dermot O'Leary and Alison Hammond: "You don't count calories, you've gotta count chemicals. What I've done over the years is… because I eat on depression…

"When I'm upset or stressed I reach for carbohydrates, and that's a form of biohacking. But basically, you're trying to hack into your hormones to boost your mood.

"I gave up drinking 13 years ago, so I knew I couldn't go to that. So I turned to carbohydrates and sugars and pizza and everything… And I couldn't stop.

"But what I didn't realise was, the ingredients in there – a few of them – were really triggering me to be even more depressed."

Davinia then elaborated on how cutting out the culprits helped her to improve her mood and get moving.

She continued: "And the one I found out – more than sugar would you believe – is that vegetable oil and seed oil actually makes you depressed. It's not meant to be in our diet but it's everywhere.

"And when I cut that out, my body started functioning better. And I could metabolise the food I was storing and get rid of it… And then improve my mood and start exercising."