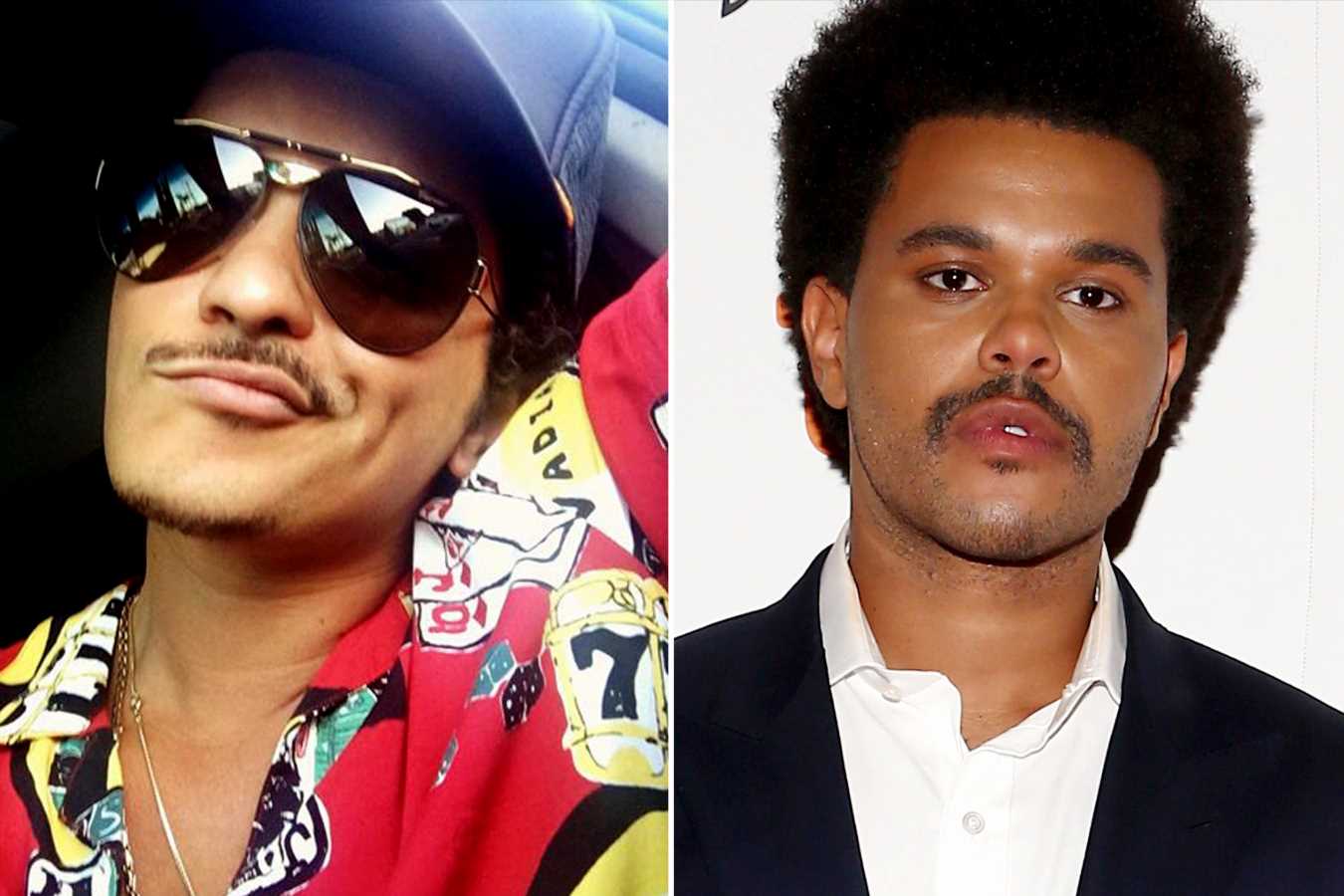 Bruno Mars appears to have some thoughts on The Weeknd‘s new look.

On Tuesday, Mars, 33, shared a photo of himself rocking a mustache — similar to the new polished ‘stache The Weeknd, 29, debuted at the premiere of Uncut Gems on Monday night.

“This was the moment I saw The Weeknd’s New Mustache,” Mars captioned the post in reference to the stunned look on his face and presumably the resemblance of The Weeknd’s facial hair to his.

Fans were quick to agree with “24K Magic” singer, with one Instagram user commenting, “HE IS ALWAYS COPYING YOUUUU.”

“Why he look like you tho,” another fan wrote.

Others joked it’s the other way around.

“You mean el fin de semana,” one fan wrote, which is the weekend translated in Spanish.

“I wonder what he thought of yours,” a different fan said.

Meanwhile, a number of social media users took the moment as an opportunity to beg for the two singers to work together.

“You and The Weeknd need a f—— song together,” one fan commented.

The Weeknd looked almost unrecognizable on Monday’s red carpet without his signature beard, leaving behind only the ‘stache and some scruff on his chin. And while the Grammy Award-winning artist had typically kept a flat top-esque haircut, trimmed closely at the sides, it seems he has decided to let his locks grow.

For the event, he opted to wear a flattering navy blue suit with a classic white button-down and brown shoes.

The event was his first public appearance since reports that he and Bella Hadid had split again. E! News reported that the on-again, off-again couple called it quits in August, with a source telling the outlet that “distance” was to blame.

“They are in different places right now, physically and mentally,” the source told E!. “Bella is prepping for her fashion week commitments and Abel is working on his music and his upcoming acting debut.”

Another source, however, told Entertainment Tonight that the couple were still together despite the rumors, and are simply “working through things.”

“The couple travels a lot, works a lot and that often creates tension,” the source told ET. “However, the two love one another, have lost one another in the past and want to try and make it work. Right now they are together and working on keeping it that way.”