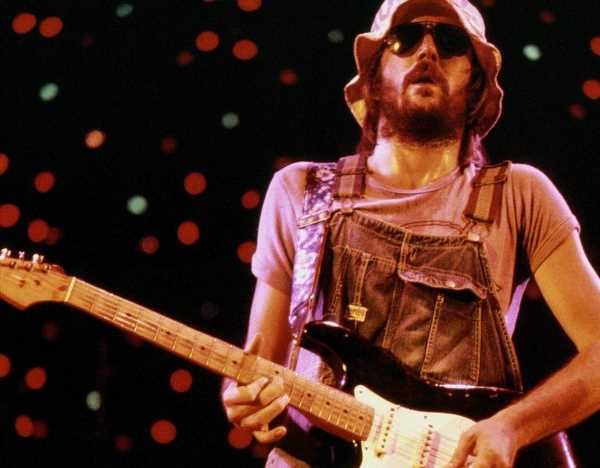 Eric Clapton has racked up 23 top-40 hits in America in his six decades on the music scene. But Clapton has only topped the U.S. charts once — in 1974, for his cover of the Bob Marley classic “I Shot the Sheriff.” And while Clapton’s cover brought welcome attention to The Wailers’ music at the time, it hasn’t held up terribly well.

The most obvious flaw of Clapton’s version is the lightweight musical approach. Compared to the grittiness of the Wailers original from Burnin‘ (1973), Clapton and his band’s recording sounds watered-down, devoid of soul. But Clapton’s vocal, which sounds like he’d reading from a script, might be worse.

Clapton didn’t consider his take on “I Shot the Sheriff” a triumph by any stretch. In his 2007 autobiography, he admitted being entirely unaware of The Wailers at the time of his sessions for 461 Ocean Boulevard (1974). And Clapton acknowledged that he and his band hadn’t done Marley’s track justice.

In Eric Clapton: The Autobiography (2007), old “Slowhand” revisited those 461 Ocean Boulevard sessions. Clapton recalled guitarist George Terry raving about the Burnin’ LP and pushing for Clapton to record “I Shot the Sheriff.”

Though Clapton loved the sound of Burnin’, he didn’t know about covering the track. “It was hardcore reggae, and I didn’t think we could do it justice,” Clapton wrote. “We did a version of it anyway, but I wasn’t that enamored with the way it turned out.”

According to Clapton, his band didn’t help him out much. “I had grown up hearing ska, bluebeat, and reggae in the clubs and on the radio because of our growing communities of West Indians,” he wrote in his autobiography. “But it was quite new to the Americans, and they weren’t as finicky as I was about the way it should be played.”

Whatever Clapton’s finicky meter was reading, he still recorded the track. And he knew it was missing something. “I just knew we weren’t doing it right,” he wrote of the sessions. And when it came time to pick tracks for 461 Ocean Boulevard, Clapton didn’t think “I Shot the Sheriff” should make the cut.

Later on, as Marley and a revamped version of The Wailers toured internationally, Clapton and the reggae great got to know each other a bit. But the two interacted over the phone not long after “I Shot the Sheriff” came out. In his autobiography, Clapton said Marley called him.

Clapton took that opportunity to ask Marley what the lyrics were about. Clapton apparently didn’t get his answer. “I couldn’t understand much of his reply,” Clapton wrote. “I was just relieved […] that he seemed pretty happy with what we had done.”

Since Clapton didn’t think highly of it, he was shocked when “I Shot the Sheriff” topped the U.S. charts. And whatever reservations Clapton had about dabbling in reggae, it didn’t stop him from taking the bucket to the well (to borrow Marley’s metaphor) again the following year with “Don’t Blame Me.”

This time around, Clapton went so far as to sing the lyrics entirely in a Jamaican patois. Clapton called “Don’t Blame Me” a sort-of sequel to “I Shot the Sheriff.” And he didn’t like that track, either. “It didn’t sit well,” Clapton wrote in his autobiography. “It felt like we were milking a formula, which in effect was what we were doing.” Again, he released it anyway.