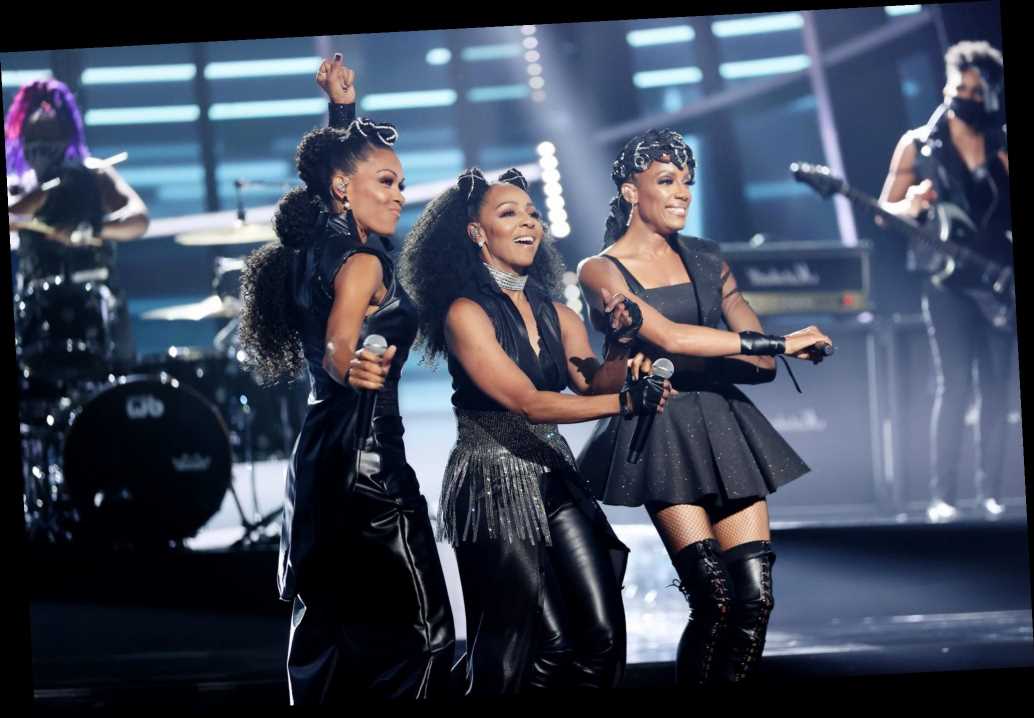 After three decades, En Vogue still want you to free your mind — and the rest will follow.

On Wednesday night, the iconic girl group reunited at the Billboard Music Awards for an epic performance to celebrate their 30th anniversary. (They released their debut album, Born to Sing, in 1990.) R&B legends Rhona Bennett, Terry Ellis, and Cindy Herron took the stage to belt out their 1992 anthem "Free Your Mind," and it was without a doubt the best performance of the night.

After an introduction that said, "We are in a state of emergency," the trio performed a fiery, rock & roll-laced version of their hit song as powerful imagery rolled on the screens behind them. At one point in the song, Childish Gambino's "This Is America" was sampled as black-and-white footage of civil rights marches played on the screens and the band members behind them wore bedazzled "vote" face masks. Bennett, Ellis, and Herron pulled off crisp choreography and impressive vocal runs throughout the entire song, showing that they've still got it after all these years. And the message was loud and clear as En Vogue ended their performance with their fists thrust high in the air, giving their enduring anthem new meaning in 2020.

The group previously won a BBMA back in 1990 for their breakout song "Hold On," and more recently appeared at the 2018 Billboard Music Awards to perform a '90s girl-group medley with Salt-N-Pepa.

The 2020 Billboard Music Awards were hosted by Kelly Clarkson for a third consecutive time and aired live from the Dolby Theatre in Los Angeles. Check out the full list of winners here.

This Story Originally Appeared On ew