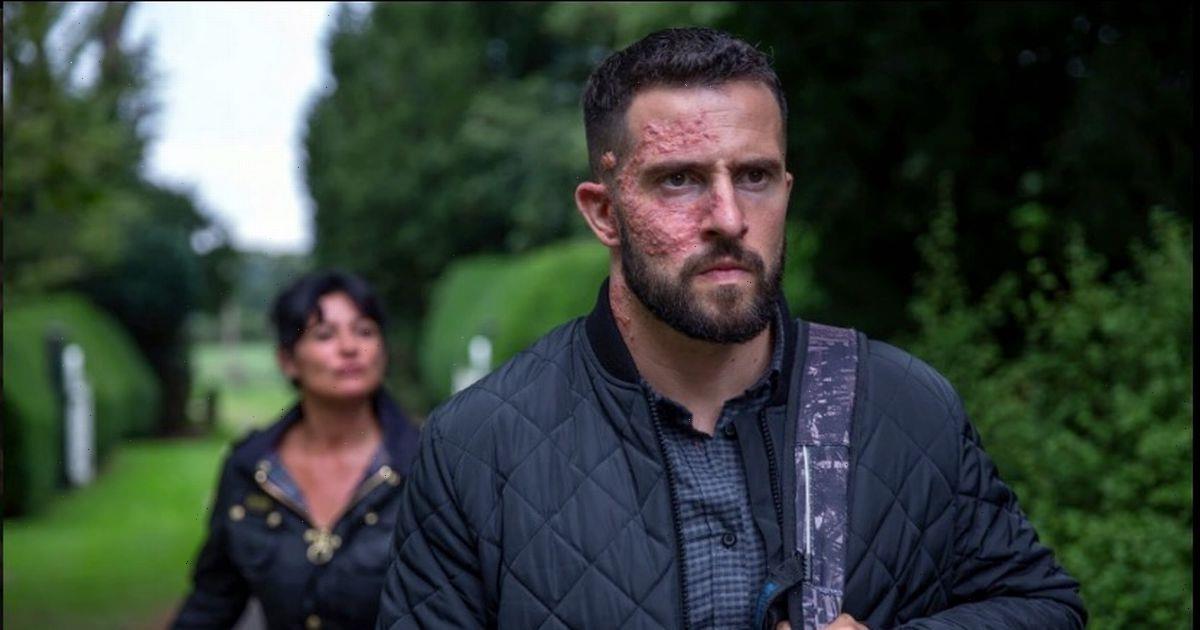 Taking to Instagram, Mike showed his followers a graphic image of his cut head open, with his hair wet with blood.

However, the actor has reassured his followers that he is fine.

Posting the snapshot of the painful looking injury Mike wrote: "Snitches get stitches, grasses get slashes… (whatever word rhymes) get staples. Just a flesh wound."

He added: "Good news is Doctors have said I'm not as dyslexicicistic!!!" Fans rushed to the comments section to wish the actor better.

One said: "Omg hope you’re okay" as a second wrote: "Ouch, have a speedy recovery."

While a third commented: "You’re such a champ! I hope you’re feeling better."

Last month Mike celebrated his 36th birthday and posted a picture on Instagram as he shared his ups and down of the year with fans.

He posted an incredible snap of his muscular body and explained that he had a damaged cervical vertebrae in his spine.

He explained his body transformation and how he now feels "better than ever."

He captioned the image: "36 today. And what a year it was.

"From hurting back back in November the day before I was supposed to move house and 2 days before I was set to fly to Morocco for a job.

"You can see in the 2nd pic that I was in pretty bad shape. My hips were all off line. Ciatic nerve was trapped and I damaged my C2&C3. I thought it was gonna hurt forever.

"I quit the gym and now have just been working out with dumbells at home and I feel better and stronger than ever. Good diet. Fasting. Cold showers and just everything in moderation.

"Thank you to everyone who has helped me this year. I love my life and I love everyone in it."

Mike played the role of the fan favourite character Ross Barton in Emmerdale and left the show in 2018.

Mike was part of some huge storylines during his time on the show, including an affair with policewoman Donna Windsor (Verity Rushworth), taking part in a violent robbery at Home Farm and an affair with his brother's fiancée, Debbie Dingle (Charley Webb).

Mike was a star on the show and even won actor awards for Best Actor and Best Bad Boy at the Inside Soap Awards.

Following his departure from Emmerdale, Mike starred in an episode of Bulletproof, as well as the movie Our Home.