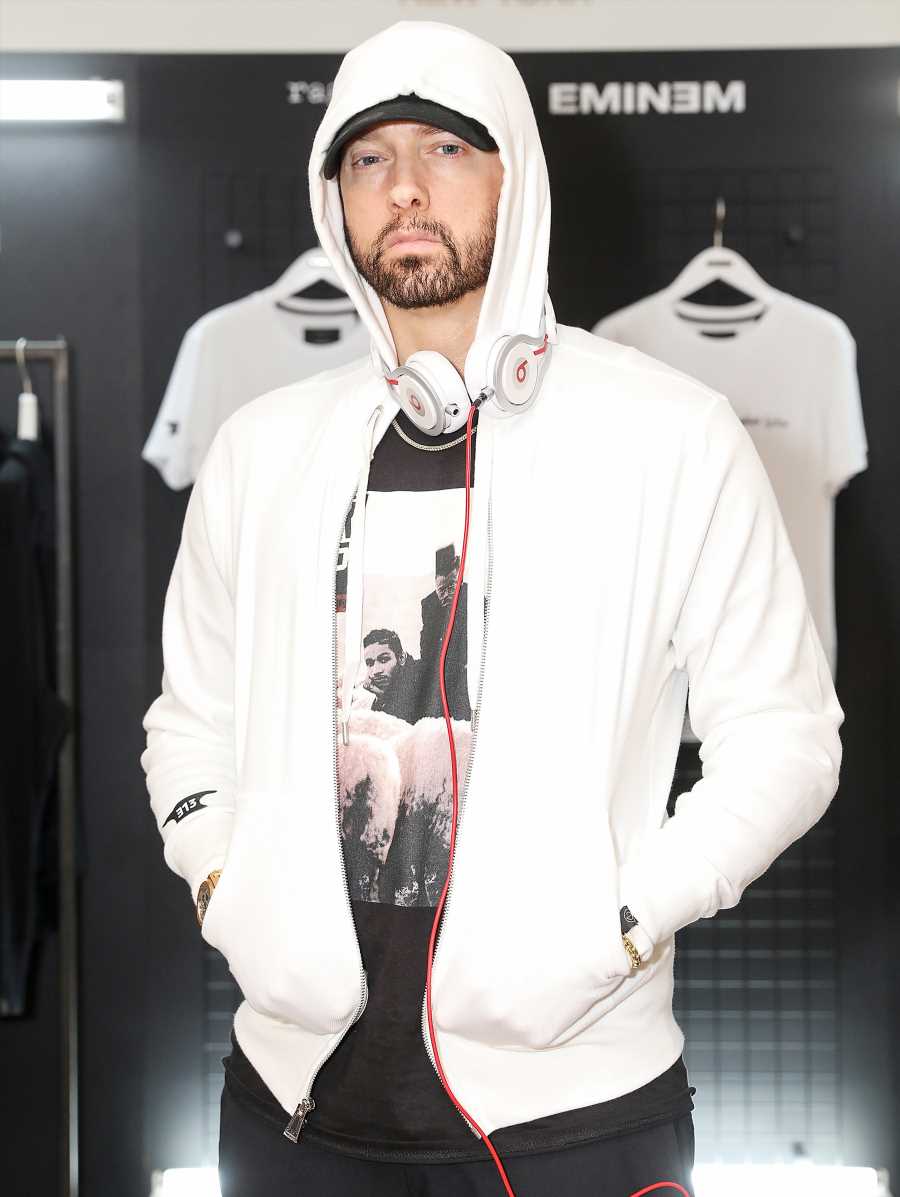 Marshall Bruce Mathers, Jr., the estranged father of rapper Eminem, has died, TMZ reports. He was 67.

Mathers, who went by Bruce, reportedly died near Fort Wayne, Indiana after suffering a heart attack at his home, though his exact cause of death remains unclear.

Eminem, 46, whose real name is Marshall Mathers III, had a well-documented, tense history with his father, whom he has said he never met.

The Grammy-winning rapper frequently mentioned their lack of a relationship in his song lyrics, singing in “My Name Is” that he slit his father’s throat in a dream, and addressing his father leaving the family in “Cleanin’ Out My Closet.”

“I wonder if he even kissed me goodbye/No I don’t/On second thought I just f⁠— wished he would die,” he raps on the track, before declaring his devotion to his own daughter, Hailie.

Eminem’s mother, Debbie Nelson, wrote in her 2008 memoir My Son Marshall, My Son Eminem that she married Bruce when she was just 15 and he was 22, and they welcomed their son two years later.

Their marriage soon soured, though, as Bruce allegedly became physically abusive, and they split shortly after Eminem’s birth.

“He never knew his father, and I did all I could to make up for it,” Nelson wrote. “I wanted Marshall to have a relationship with his father… but Bruce didn’t want to know.”

Eminem told Rolling Stone in 2004 he was raised mostly by family members on his father’s side, including his great-aunt and great-uncle, but was often skipped over when Bruce would call their house.

“A lot of times he’d call, and I’d be there — maybe I’d be on the floor coloring or watching TV — and it wouldn’t have been nothing for him to say, ‘Put him on the phone,’” he recalled. “He coulda talked to me, let me know something. ‘Cause as far as father figures, I didn’t have any in my life.”

After his estranged son sky-rocketed to fame, Bruce made attempts to reach out, telling British newspaper The Mirror in 2001 that he’d tried to track him down over the years, but his constant moving made it difficult.

“His mum and I split up, and she went her way and I went mine. Debbie and Marshall kept moving, so it was impossible to find him. I tried for years to reach him through his mum’s family, but couldn’t get through,” he told the outlet from his home in San Diego.

“I desperately want to meet my son and tell him I love him. I’m not interested in his money. I just want to talk to him. I want him to know that I’m here for him if he lets me back in his life.”

Eminem, however, was not impressed, telling The Mirror in the same article that he’d frequently write letters to Bruce that were returned unopened.

“My father? I never knew him. I’ve never even seen a picture of him,” he said. “I heard my dad is trying to get in contact with me, but not now. I never got one letter. I never got anything from him and I think he could have at least tried to write. He could have done something – made an effort.”