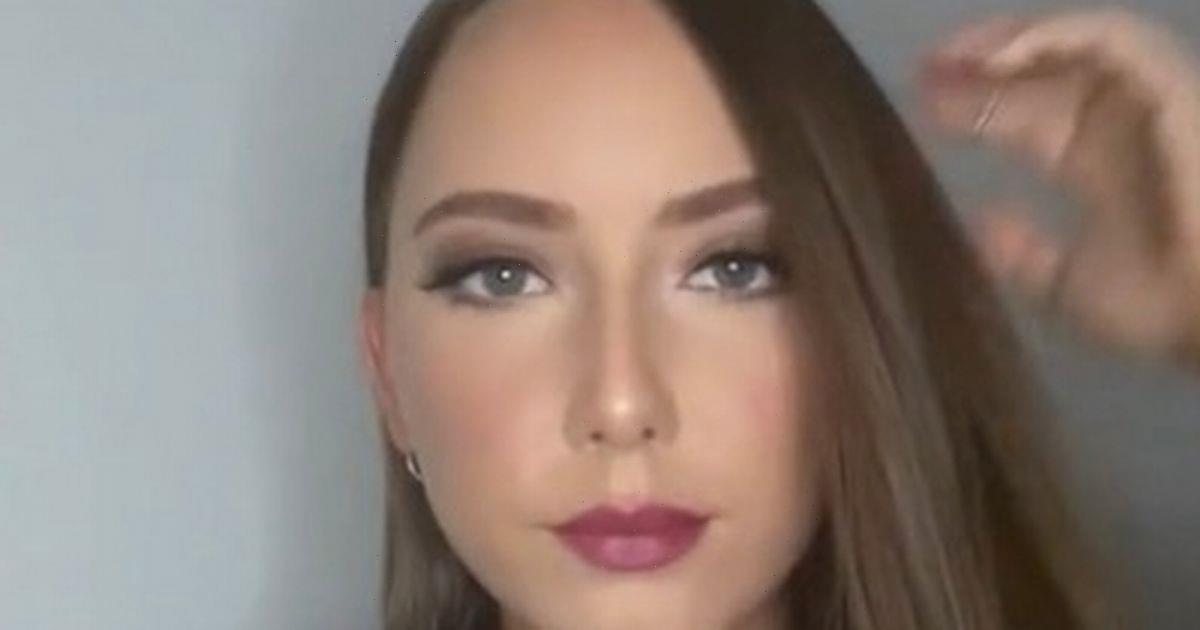 Eminem fans had to do a double-take when they saw his daughter Hallie Jade Mathers in a makeup-free video.

Viewers were convinced she was his double when she posted the TikTok clip over the weekend.

The rapper, who shares 25-year-old Hallie with ex-wife Kim Scott, was compared to the influencer due to their lookalike features.

Comments on the clip, which was shared on the platform to her followers, were in disbelief at how much the pair are almost identical.

One person wrote: "Holy hell she looked just like her dad in the beginning."

And a third added: "She reminds me of someone famous."

Hallie looked stunning as she transitioned from wearing no makeup at all to having a full face of glam, with her hair straightened and cascading down her shoulders and a smouldering eye look.

She had chosen to complete the look with a slight pink blush of colour and a dark pink lip.

She told fans she was sharing her 'weekend vibes'.

In the clip, she began the 'makeup journey' with her hair pushed up into a messy bun before she covered the camera with her hand.

To show off the transformation she removed her hand and a second clip revealed her gorgeous going out look.

Hallie chose to wear a classy black blazer and her skin was glowing.

She is the daughter of 48-year-old rapper legend Eminen – whose real name is Marshall Mathers.

Eminem was married to mum Kimberly Scott for four years after she was born, the pair got divorced in 2001.

The couple rekindled in 2006 and ended up divorcing again in April the same year.

The musician rarely speaks about his daughter when out in public, although he previously revealed on Miky Tyson's Hot Boxing podcast that he's "proud for sure".

He said: "Hailie is 23, no babies, she has a boyfriend, but she's doing good.

"She's made me proud for sure, she's graduated from college."

He's also made it clear he approves of her boyfriend Evan McClintock when Hallie shared a rare snap of Evan on her Instagram.

It's said he welcomed him to the family and is happy the pair are together.