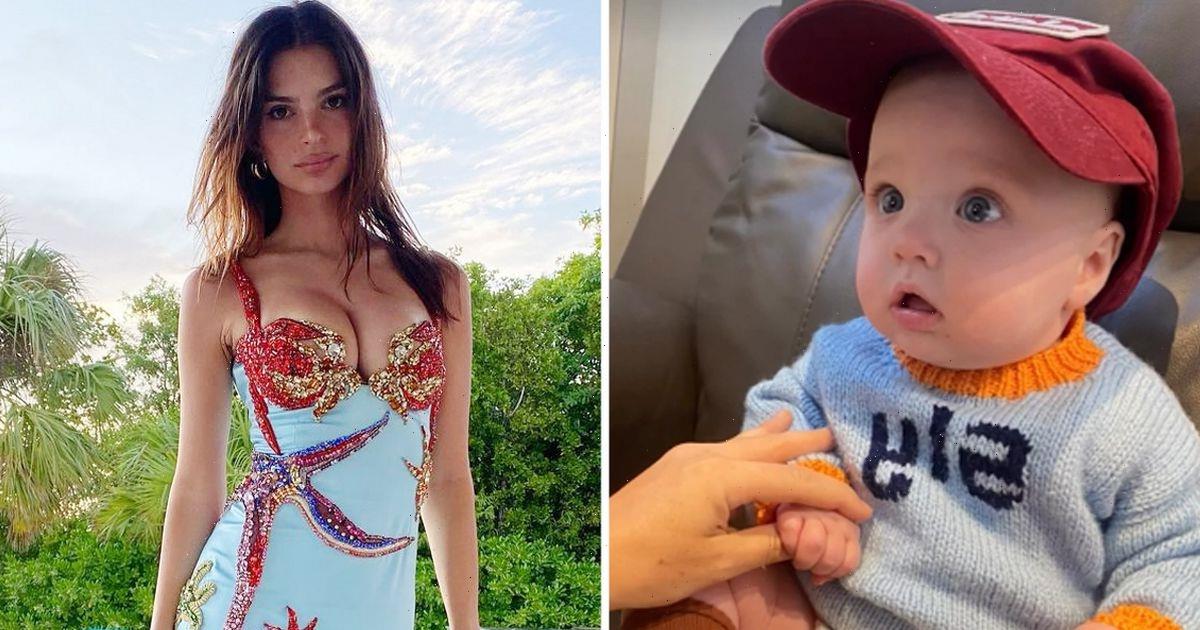 Emily Ratajkowski's baby son Sylvester Apollo, nicknamed Sly, has had his face shown on Instagram for the first time.

In the adorable picture, Sly is sitting up in a chair wearing a blue and orange jumper with his nickname Sly on it. He has matching orange socks and a red cap. She captioned the picture “You’re an angel.”

In other pictures, Emily, 30, takes Sly out to lunch and he tries on a big pink hat.

British-born model Emily, who splits her time between the UK and America and is married to Sebastian Bear-McClard, rose to fame in Robin Thicke's 2013 hit single, Blurred Lines. At the time, Emily defended the controversial video, saying it 'gave me an opportunity to say the things that I felt about feminism today and about women in general in pop culture." But she has since said she 'regrets' her involvement in it.

Earlier Instagram pictures teased a side shot of Sly as he breastfed, and another shows a hand-made necklace that Emily wore that read 'Apollo' and a gold necklace with his name 'Sylvester' on it. Emily was accused of mum-shaming in April when she displayed her enviable figure and flat stomach just 11 days after Sly was born.

One body positivity champion, Alex Light, commented, saying, "I understand why [the photos] make so many women feel bad… seeing someone just 11 days after birth looking like a supermodel, for lack of a better term, might very well be detrimental to your mental health."

Emily commented, "If it seems like I'm always breastfeeding it's because I am," accompanied by photos of them on a sun lounger.

In June Emily provoked fury again when she shared a photo of herself drinking wine while breastfeeding baby Sly. The couple were on holiday in Turks and Caicos.

That same month, Piers Morgan blasted her for the way she was holding Sly – saying it was like a sack of potatoes. He wrote: ‘That’s not how you hold a baby @emrata – and your millions of followers shouldn’t be encouraged to do the same. Happy to give you some tips if you need them."