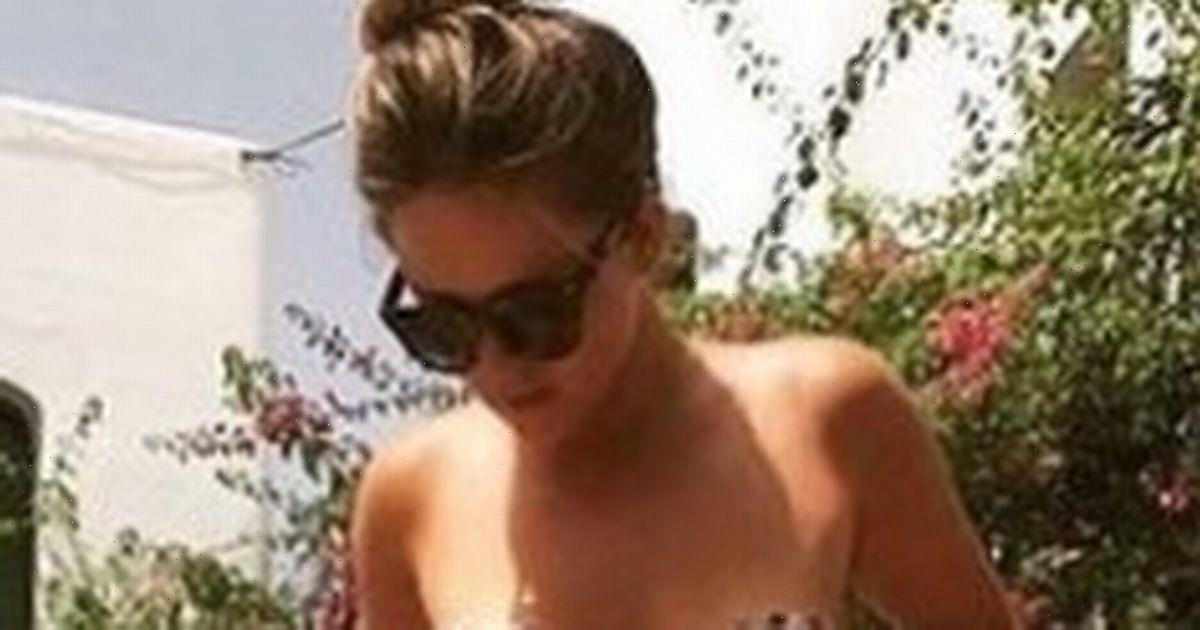 The 32 year old shared the revealing photo of her standing by a pool in the sun.

The star is wearing a leopard print top along with plain black bottoms as she looks down at the ground with huge dark sunglasses and her blonde hair pulled back into a bun.

It seems the pic was a throwback as she talked about wanting to be back in the sun in her caption.

Alongside the post she wrote: "Jealous of everyone who buggered off somewhere lovely after Christmas. Cannot wait to get away somewhere warm again and not look like a Christmas thumb."

Emily's fans took to the comments to comment on how great she's looking.

While a fourth wished Emily a Happy New Year: "HNY lovely!:) Let’s hope it brings many positive memories to us all! Stay safe!"

The post comes after Emily shared a cryptic message that some thought could be related to her rumoured romance with football star Jack Grealish.

The Sun reported that the pair allegedly enjoyed some secret dates while Jack was on a break with his long term girlfriend Sasha Attwood.

It was reported that Jack ended up ghosting Emily as Sasha gave him an ultimatum.

Following the drama, Emily recently posted a quote to her story that could be connected to the ordeal.

It said: "I was never addicted to one thing, I was addicted to filling a void within myself with things other than my own love."

The Sun reported a source close to Jack said: "By all accounts, Emily is really hurt and feeling incredibly bruised by the whole encounter.

"She's kept a dignified silence about their fling but now Jack who made out he was single has gone running back to Sasha."

They went on to add that it seemed one minute Jack was interested in Emily but after reconciling with Sasha it can't have meant anything.