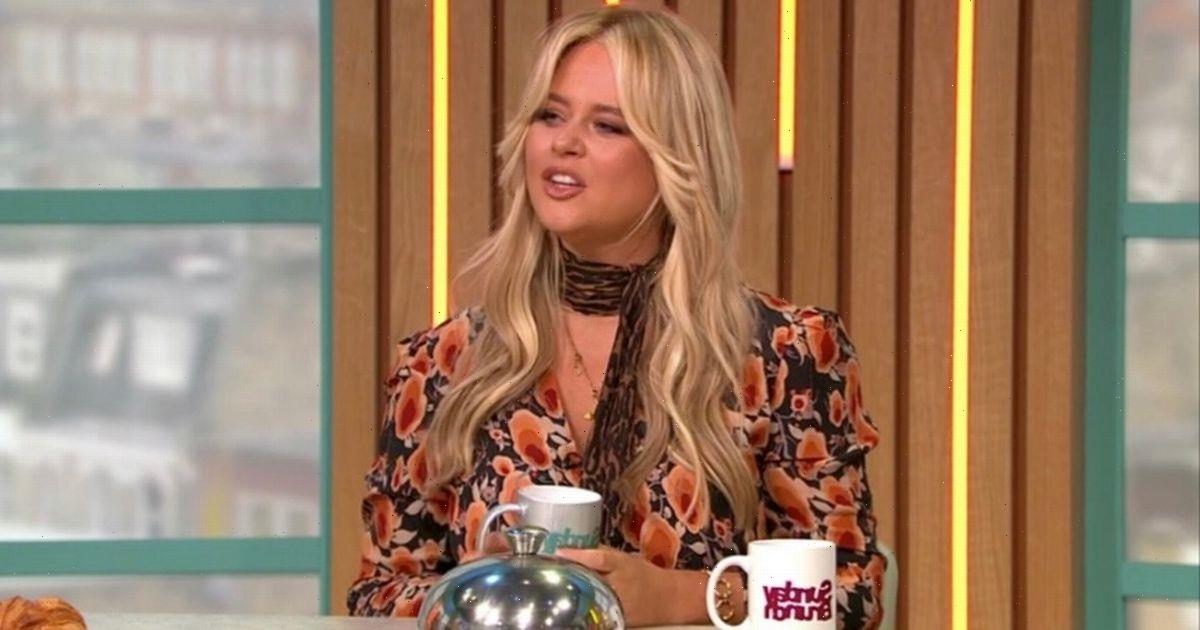 Emily Atack asked a Sunday Brunch crew member for his phone number after he rescued the show from chaos.

Normally behind the camera, backstage hero Ben saved the day after host Simon Rimmer had jammed the show's food processor by throwing chopped avocado into it.

Neither celebrity chef Rimmer or Emily's fellow guest Johnny Vegas could get the appliance working again, before Ben walked into shot, complete with a Peaky Blinders-style cap, Adidas tracksuit top and earphones.

After expertly taking the food processor apart, he put the different components back together and the avocado was soon being whizzed into a pulp.

Ben was roundly cheered by those in the studio while a clearly impressed and flirty Emily cheekily commented: "Can I have your phone number?"

The Inbetweeners star Emily, 32, was also joined by a legion of Ben fans watching the show at home, as they took to Twitter to applaud his efforts.

One said: "Sunday Brunch we all need a Ben!"

And a third commented: "Got to be the funnIest thing on #sundaybrunch for a long time, the mixer fixer Ben."

A sarcastic fourth tweeter even suggested Ben could be given more responsibility on the show, asking: "Can Ben take over the presenting for #sundaybrunch cos that needs fixing?"

To stay up to date with all the latest news, make sure you sign up to one of our newsletters here.

Emily also received plenty of compliments over her appearance on the show, as she looked stunning in an autumnal dress, knee-high boots and a neck scarf.

Emily's request for Ben's mobile number came after she had admitted that she was having "a hard time" after her split from former Big Brother contestant Liam McGough last week following a seven-month romance.