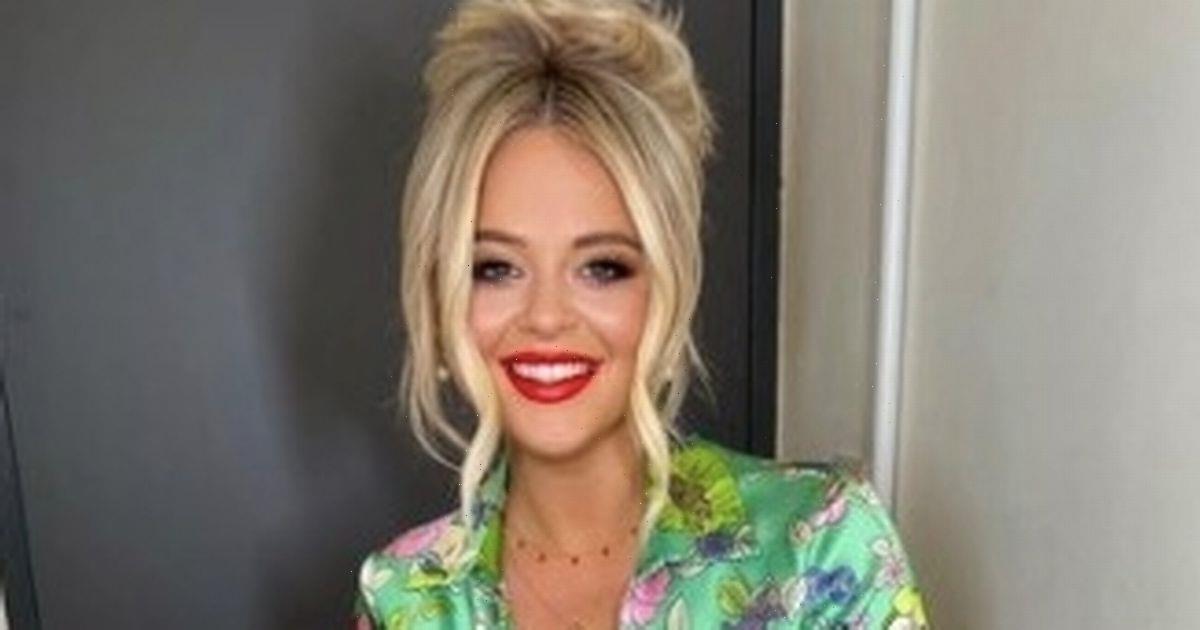 Emily Atack flaunted her beauty ahead of appearing on Celebrity Juice in a spectacular figure-hugging mini dress.

The 32-year-old actress, who appeared on Celebrity Juice on Tuesday (March 30), took to social media to showcase her gorgeous outfit before being gatecrashed by Keith Lemon, 48, and The Chase's Bradley Walsh, 61.

In a post to her 1.8million followers, the blonde bombshell shared a series of stunning snaps where she wore a colourful floral printed mini dress and bright pink chunky heels.

Emily's hilarious caption has her asking Bradley whether she can step in as one of the Chasers on his hit gameshow.

She penned: "Swipe for lovely surprise of @braderswalsh crashing my dressing room after doing a recording of The Chase in the studio next door. I asked if I could be a chaser. I think his face says it all."

Team captain Emily had her luscious long blonde locks in an updo while she sported a tantalising bold red lip and opted for a glamourous makeup look.

The Inbetweeners star posted a number of selfies in the look, including one where Keith and Bradley looked rather smug as they waited by her dressing room door.

Swooning fans flocked to the comment section to compliment Emily.

Another added: "I'm sure you get loads chasing you. Stunning young lady."

A third commented: "Always better to be chased."

It comes a week after Emily dropped a racy sex confession on Celebrity Juice, which returned with a brand new series this month.

She admitted she'd had sex five times in a week by holding up her hand and declaring: "Four [fingers] and a thumb."

Show host Keith had asked her how many times she'd gotten down to the business.

Watching her show stint back in an Instagram video, she said: "Oh my god. Four fingers and a thumb. Do you know what? I was so worried about that comment, because there's been so many headlines about it."

Laughing about it, she added: "After watching it, I don't give a sh**!"