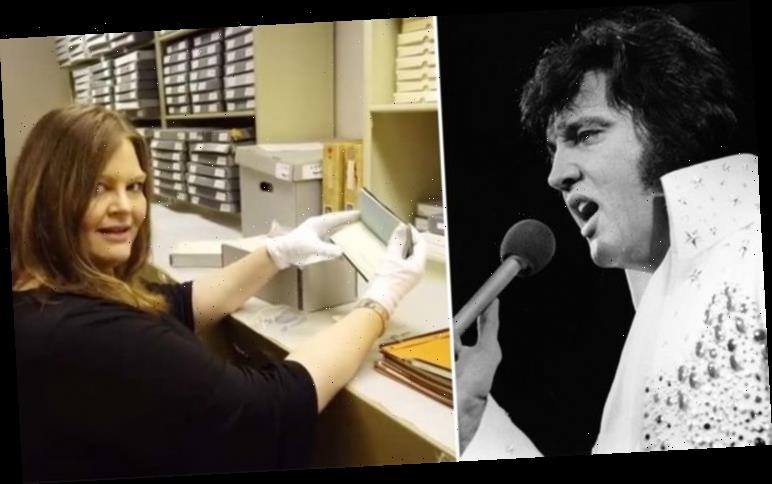 Elvis Presley lived and died at Graceland and in the years since his possessions have been kept in the archives of the Memphis mansion. This year, archivist Angie Marchese has been giving Elvis fans a behind-the-scenes look in her Inside the Archives videos. Posted on Graceland’s official Instagram account, the latest saw the Elvis historian surprised by one particular item uncovered in the archives.

The Elvis history video’s caption read: “Join us as we go Inside The Archives for an exclusive look inside the top-secret facility where Elvis’ personal items are stored.

“In this episode, we’re doing another random unboxing in hopes of finding something fun and epic from Elvis’ history!”

At the start of the video, Angie found a members receipt for the American Guild of Variety Artists.

Collected in Miami and dated October 3, 1956, the piece of history featured Colonel Tom Parker’s Tennessee address on it. 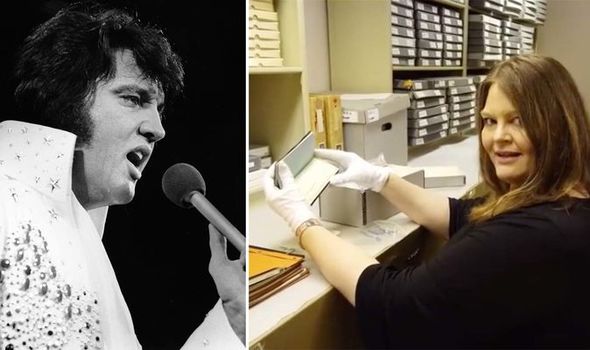 But it was the second randomly selected item that surprised the Elvis historian.

Angie picked out a brand new cheque book from the National Bank of Commerce, with the first one being for the Presley rental account.

She said: “I’ve never heard of this account! Think I’m going to have to do some research on that to see what that one’s about.”

Perhaps it was a bank account Elvis used for when he rented particular items he didn’t want to keep? 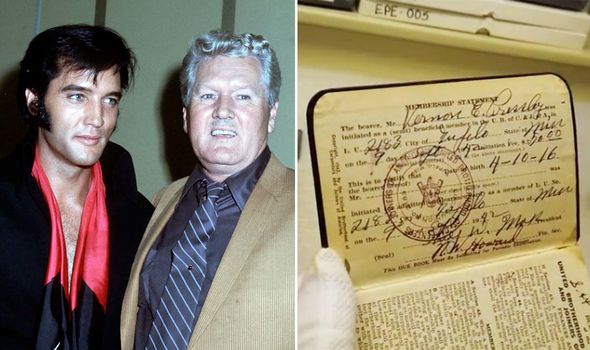 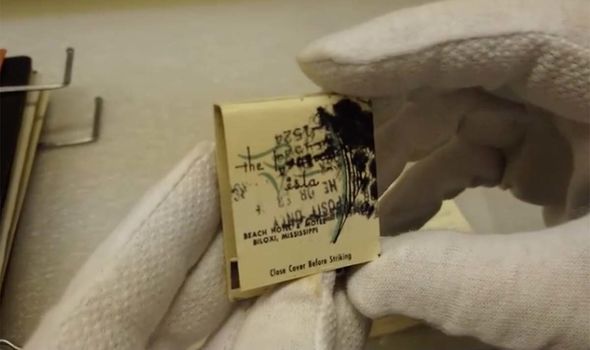 Meanwhile, another of Elvis’ possessions had a connection to his early girlfriend June Juanico.

It was a matchbook from the Buena Vista hotel in Biloxi, Mississippi, presumably from around the mid-1950s when they were dating.

Angie enthused: “Wow! Elvis was in Biloxi on vacation with June Juanico. I wonder if this is where they stayed.”

Meanwhile, Graceland was closed for two months during the first lockdown this year but has now reopened.

Last week, the famous Christmas lights were put on during a virtual version of the annual ceremony.

In another video, Angie shared: “Elvis loved Christmas. It was always such a magical time of year here at his beloved home here in Memphis.

“Each year the Graceland staff continues Elvis’ same holiday traditions, such as changing the drapes from blue to red.

“Putting up Christmas trees in almost every room and even using the same lawn ornaments to decorate the outside of the mansion.”

Graceland are putting on special live Christmas tours of the mansion from 2-4pm on December 1-20 this year.