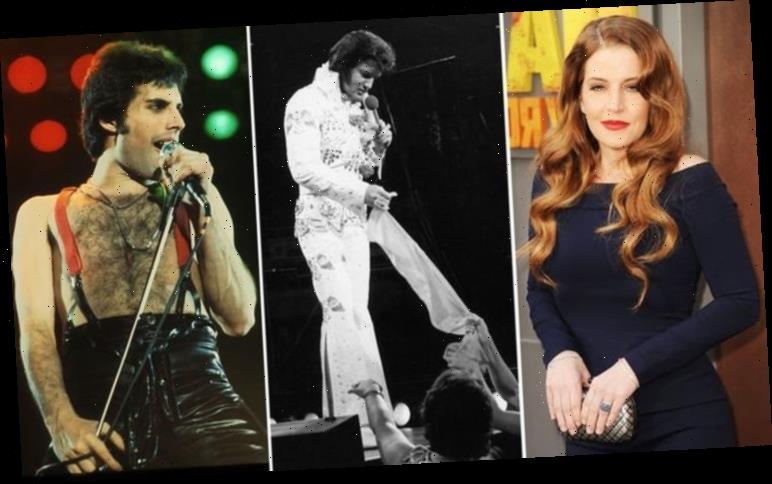 Elvis Presley famously wore scarves at his concerts which he’d then throw into the audience, but he also had his own personal collection too. But did you know that Queen singer Freddie Mercury was gifted one by The King’s daughter? Lisa Marie made the reveal in an unearthed interview with New York Times best-selling writer and Elvis book author Ken Sharp.

She lived with her mother Priscilla in LA and went to see Queen at The Forum in Inglewood, California.

In the interview, the now almost 53-year-old said: “I remember bringing Freddie Mercury a scarf of my Dad’s and I gave it to him after the show.

“I loved it. I loved the theatrics. I loved Freddie. I thought Queen were awesome.” 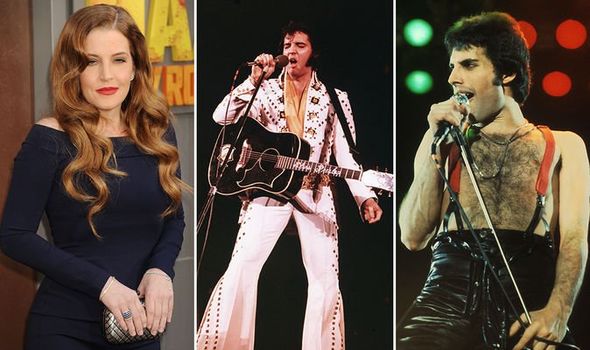 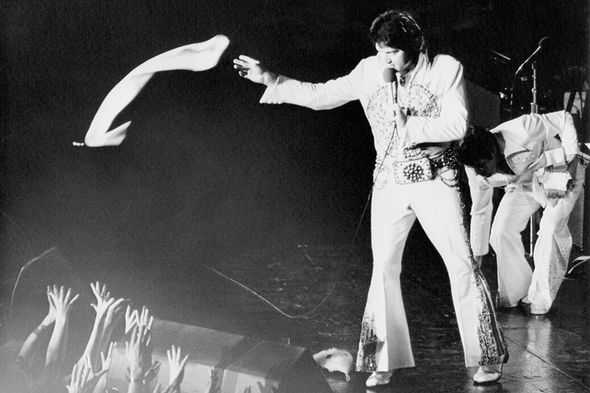 Freddie was a big Elvis fan much like a lot of big bands in the sixties and seventies, with many inspired by The King.

In fact, his Queen song Crazy Little Thing Called Love on 1980 album The Game is his tribute to Elvis.

Freddie composed the track a couple of years after Elvis’ death, so around the time he met Lisa Marie.

The late star composed Crazy Little Thing Called Love in about five or ten minutes on the guitar while lounging in a bath in the Bayerischer Hof Hotel in Munich. 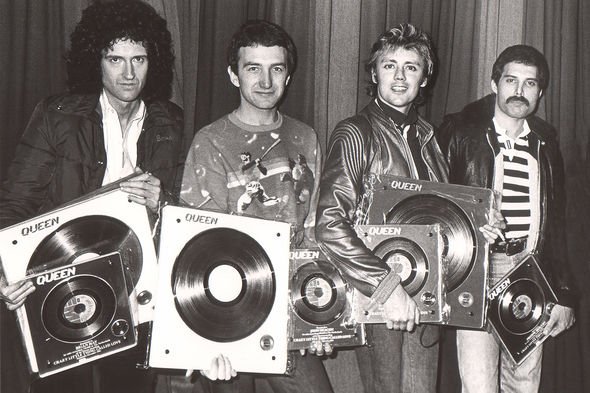 According to Melody Maker, Freddie said: “Crazy Little Thing Called Love took me five or ten minutes. I did that on the guitar, which I can’t play for nuts, and in one way it was quite a good thing because I was restricted, knowing only a few chords.

“It’s a good discipline because I simply had to write within a small framework.

“I couldn’t work through too many chords and because of that restriction I wrote a good song, I think.”

Last October, Freddie topped Elvis and John Lennon in a poll of dead stars Brits would most like to meet.

The UK poll was conducted by Klook, the world’s most searched travel activities platform, who asked 2000 Brits the question.

Freddie Mercury came second on 6 per cent of the vote, right behind his close friend Princess Diana on 8 per cent on the top spot.

While Elvis was just behind on 5 per cent and John Lennon was a bit further back on 3 per cent of the vote.

Here is the full Top 10 of dead stars and historical figures that Brits would most like to meet if they could time travel.