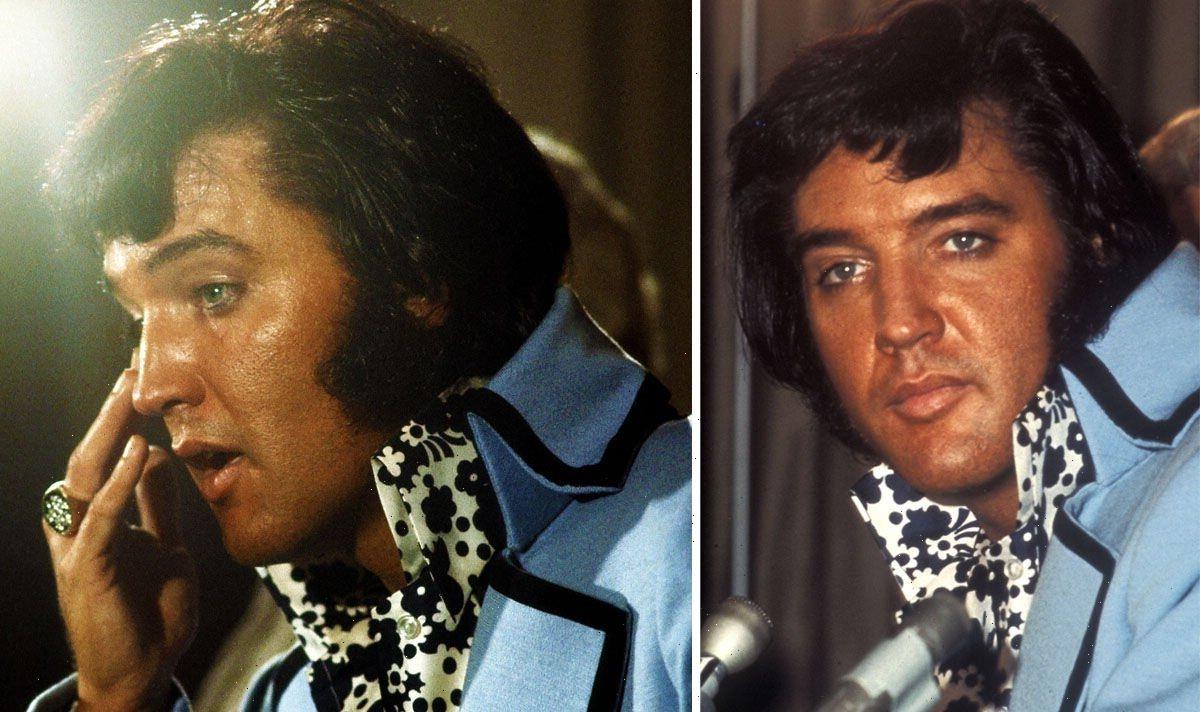 On June 9, 1972, The King was holding court in a huge conference room at the New York Hilton in front of a room of journalists – and he had them eating out of his hand. He had entered to a rapturous response and stood basking in the adulation, adding his trademark, “Thank you, thank you very much.” Slim and glowing with health in a blue fitted suit and short cape, he was charming and irresistibly charismatic. He batted away questions he didn’t want to answer (about The Vietnam War protests, for example) while allowing some intimately revealing comments to slip out about how he felt about his life, his career and his future dreams. The greatest popular entertainment icon of the 20th Century clearly revelled in his celebrity but was quick to remind the pack about the man underneath: “The image is one thing; a human being is another.”

For such a revered idol, he wasn’t afraid to show some vulnerability, adding: “It’s very hard to live up to an image. I’ll put it that way.”

When he is told he is known for being “shy and humble”, the star smiled and stood up, opening his jacket to reveal one of his (by then) trademark giant gold prizefighter belts.

Elvis proudly told the crowd: “I don’t know what makes them think that? The gold belt? The belt is an award from The International Hotel (in Las Vegas) for the attendance record. It’s like a trophy but I wear it.”

Reminded he had once scandalised America with his hips gyrations, he’s asked what he thinks of the antics of the current crop of young stars: “Man, I was tame compared to what they do now, are you kidding…I didn’t do anything but just jiggle.”

Elvis was making history by being the first entertainer to ever sell out four consecutive shows at Madison Square Gardens. The likes of David Bowie, Bob Dylan, George Harrison and Art Garfunkel would be spotted in the audiences.

He also shares his joy to be back in front of audiences, when most of the 1960s saw him trapped in a relentless schedule of frequently throwaway movie musicals – all engineered by his manager Colonel Tom Parker.

Elvis said: I missed it, the close contact with the live audiences. So as soon as I got out of the movie contracts I started to do live performances again.”

Elvis admits he would still dearly love to be offered a script that didn’t involve singing. In March 1974 he would famously be offered the script for the iconic A Star Is Born by Barbra Streisand. Although it involved playing a faded music legend, it would have been the role of a lifetime and The King deary wanted to do it. Parker was reported to have sunk the deal with unreasonable salary and billing demands.

It is now generally accepted that Parker also kept his client (and cash-cow) from pursuing another of his greatest dreams.

During the 1972 press conference, with his father Vernon sitting by his side, Elvis was also asked about his hopes to perform outside the US.

It remains almost unbelievable to this day that the biggest music star in the world never travelled outside the US apart from his two-year mandatory military service in Germany from 1958-1960.

Dutch Parker was an illegal alien in the US who had fled a rumoured connection to a murder back in The Netherlands in 1929. It has always been believed he blocked Elvis’ hopes to travel because he feared he would be prevented from re-entry to the States.

There are, however, ongoing rumours that Elvis did, in fact, spend one legendary secret day in the UK with a British pop superstar.

In 2008 it was ‘revealed’ that Elvis had flown in and out of the UK to spend time with home-grown star Tommy Steele.

It seems difficult to believe he could have possibly got in and out of any country without being spotted. Indeed, Elvis is asked about the pressures of always being recognised and mobbed by fans and replies: “I got used to it. I’d miss it f it didn’t happen. If nobody asked me for an autograph… To me it is part of the business and I accept it.”

Asked if he would ever retire, Elvis replied: “I don’t think so. I’ve got too much energy. Not as long as I can (still perform).”