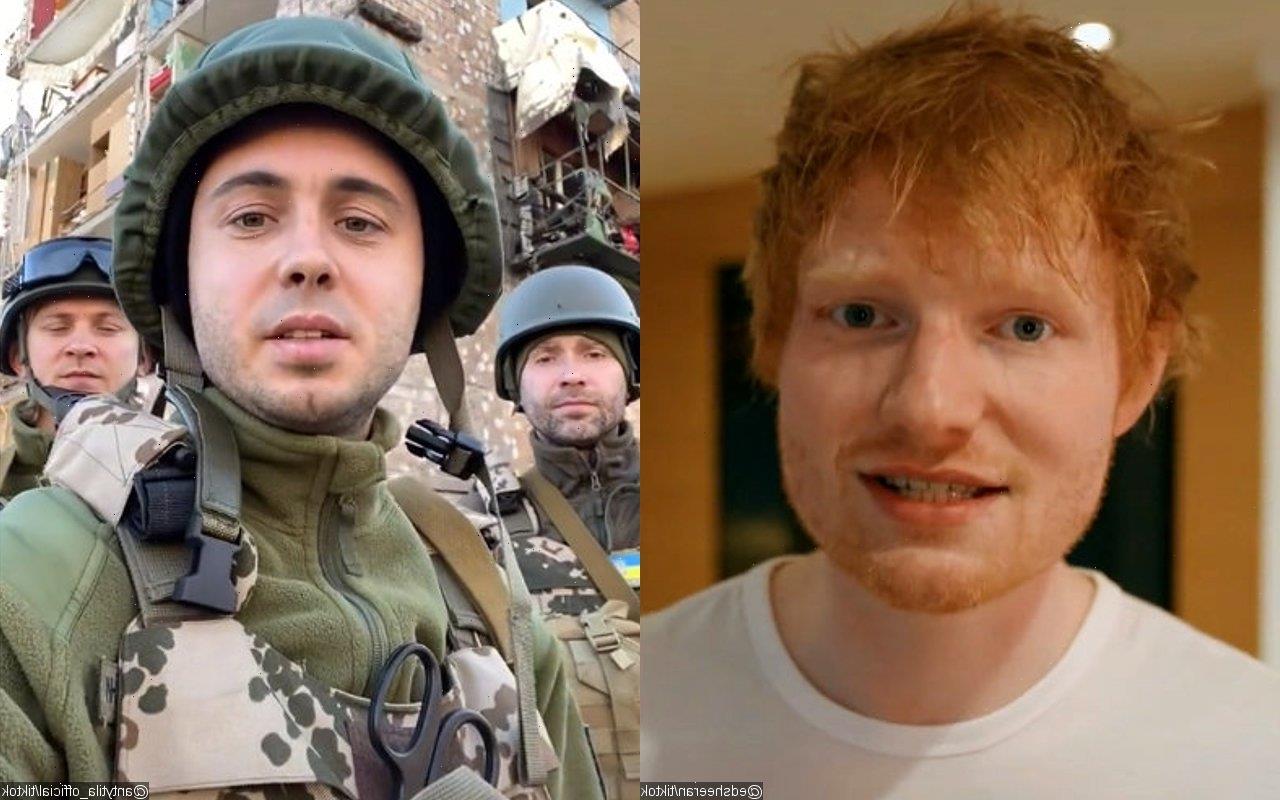 The new video comes after the ‘Shape of You’ hitmaker takes to his social media account to respond to the band’s online plea to join the upcoming benefit concert.

AceShowbiz -Ukrainian band Antytila’s hope to perform remotely from Kyiv at next week’s “Concert for Ukraine” was shattered. Even though Ed Sheeran showed support for the band in a video responding to their plea, the band claimed that they were denied performance at the two-hour benefit show.

In a new TikTok video on Friday, March 25, the group, who donned combat uniform and helmets as they’re fighting in the country, they shared that the event organizers had turned them down. “Hello everyone, we’re Antytila,” lead singer Taras Topolya began.

“Ed Sheeran got back to us, he said that he’ll be happy to check out our music. So we want to thank him for supporting Ukraine. It’s a big pleasure for us,” he went on to say. “But we also heard back from the organisers of the benefit concert and were told no. The reason is their concert has a purely humanitarian purpose but we are wearing helmets and holding arms.”

“You know first of all we are musicians, helmets, body armour are temporary. But we understand the answer and accept it. So you have to excuse us, we were not expecting it,” he continued. As of now, the organizers for “Concert for Ukraine” have yet to give an official statement regarding the matter.

The new video came after Ed took to his social media account to respond to the band’s online plea to join the benefit concert. “Hey guys, I just watched your video this morning, thank you so much for sending it. Firstly I just wanted to say to all Ukrainians, I love you, I stand with you and I’m so proud to be playing this fundraising event next week,” the “Perfect” hitmaker said on TikTok.

“I can’t wait to check your music out, guys. And I’m sending you lots of love,” he concluded.

“Concert for Ukraine” is set to boost performances from the likes of Camila Cabello, Emeli Sande, Gregory Porter, Snow Patrol and Becky Hill among others. Taking place at Resorts World Arena in Birmingham at March 29, the event is expected to raise over £3million which will be donated by ITV to the Disaster Emergency Committee fund.