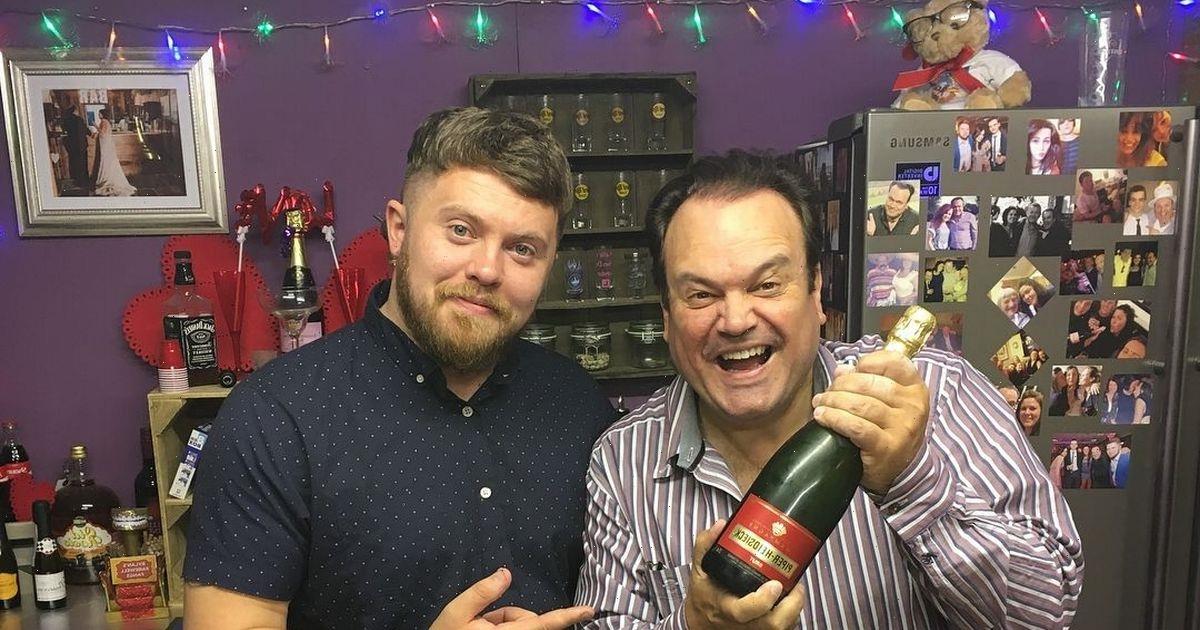 While Barry Evans may have lost his life in EastEnders after being pushed off a cliff by Janine Butcher, actor Shaun Williamson is enjoying an exciting time in his life, getting to know his secret son Gary Robinson.

Gary, formerly living in Belfast and working as a circus clown, had no idea his father could be the star he had watched on TV growing up, but was amazed when he found out that was the case.

His mother had had a relationship with the actor in the 1980s and it took him months to come to terms with the news after he had found out Shaun was his father.

Speaking to The Sun on Sunday, the pair came together on Father’s Day to discuss their relationship after the news that blew them away.

Gary said to The Sun: “My nan used to tell me I loved EastEnders as a boy. One of my favourites was Barry. Nan always told me his storylines had me hooked and made me laugh.

“For years I thought someone else was my dad, but some information from my mum and a paternity test revealed that it was in fact the bloke I used to watch on the TV all those years ago.

“I tell people I meet that ‘Barry from ­EastEnders is my dad’ — they never believe me, but it’s true.”

The pair reconnected in 2013 as Shaun learned of his son being born in the 80s when he used to work as a Pontins Bluecoat, with Shaun describing it as “the biggest shock of [his] life”.

Gary had been unaware that Shaun was his father as his mother protected him from the secret, leading him to believe his father was his mother’s partner.

After discovering the truth, the pair met in a Belfast hotel bar, with Gary saying: “I was so nervous. I stopped in a couple of pubs on the way and sank a few pints. It was never awkward though. I remember, I kept on asking him, ‘What’s Ricky Gervais like?’ We played some pool, played our favourite tunes on the jukebox and the 20-odd year catch-up between us started there.”

Gary moved to Leeds soon after, allowing the pair to meet up often throughout the year to make up for lost time.

Shaun said: “Father’s Day has never been more important to me. I now have three wonderful kids. To find Gary and get on so well with him shows you the incredible things life can throw up. I know I’ve missed out on a lot of his life — now I can make up for it.”