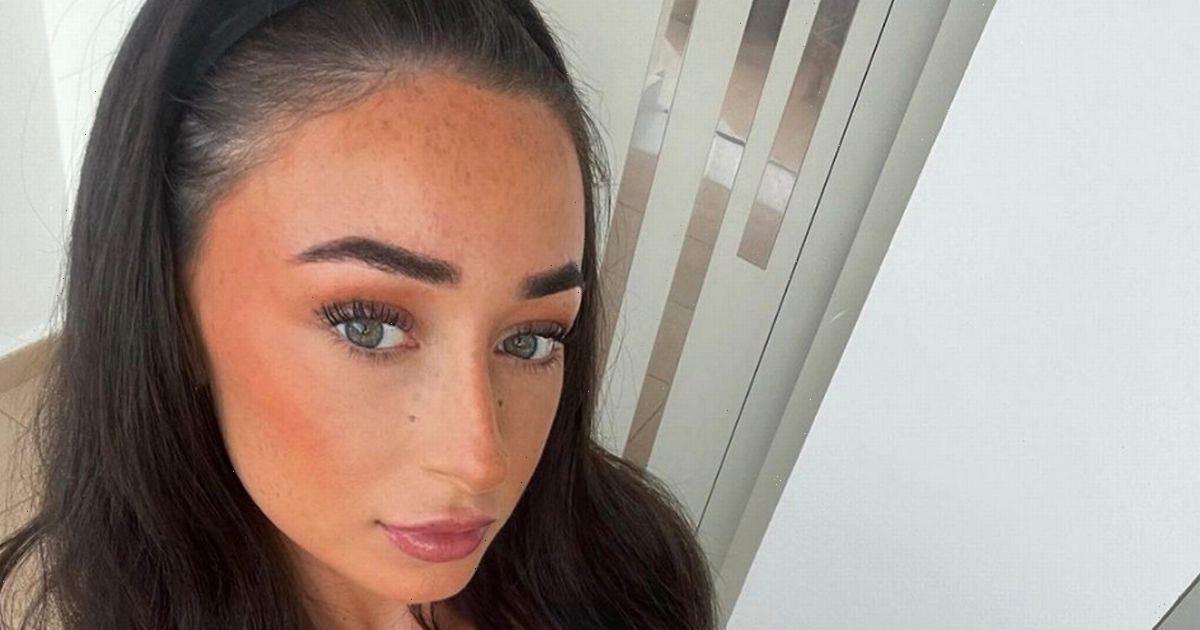 Molly, who played Dotty Cotton in the popular soap, showed off her stunning figure in the white two-piece.

In the selfie snap she shared on Instagram, Molly, 21, looked sensational as she gazed at the camera, and allowed her microscopic bikini to show off her gym-honed frame.

The actress allowed her long dark locks to fall down onto her shoulders and accentuated her natural beauty with a dusting of makeup.

Taking to her Instagram Story, Molly shared a screenshot of her OnlyFans profile to announce to her fans that she was on the site so they could purchase her content.

Molly is now selling pictures for a subscription at £7.60 a month or £15 for three months and has already shared 28 posts.

The actress also delighted her fans earlier this month when she shared a snap of her posing in the front seat of a car.

Molly showcased her natural complexion as her freckles came to light while an adorable puppy gazed up at her.

She wore her raven locks in glamorous curls that cascaded down her shoulders.

The bombshell donned a khaki coloured dress and captioned the post with a simple green heart emoji.

Molly left Eastenders after she was exposed for plotting against her grandmother Dot with her dad Nick.

Dotty later returned to the soap in 2019 but was played by Milly Zero, who remains on the cast to this day.

After her exit Dotty admitted she understands why the role was given to someone else.

Speaking to The Sun, she said: "They did approach me.

"Unfortunately, they wanted the new Dotty to go back and appear a lot older and be played by someone in their 20s.

"Of course, I would have loved to return to EastEnders, but I believe everything happens for a reason."