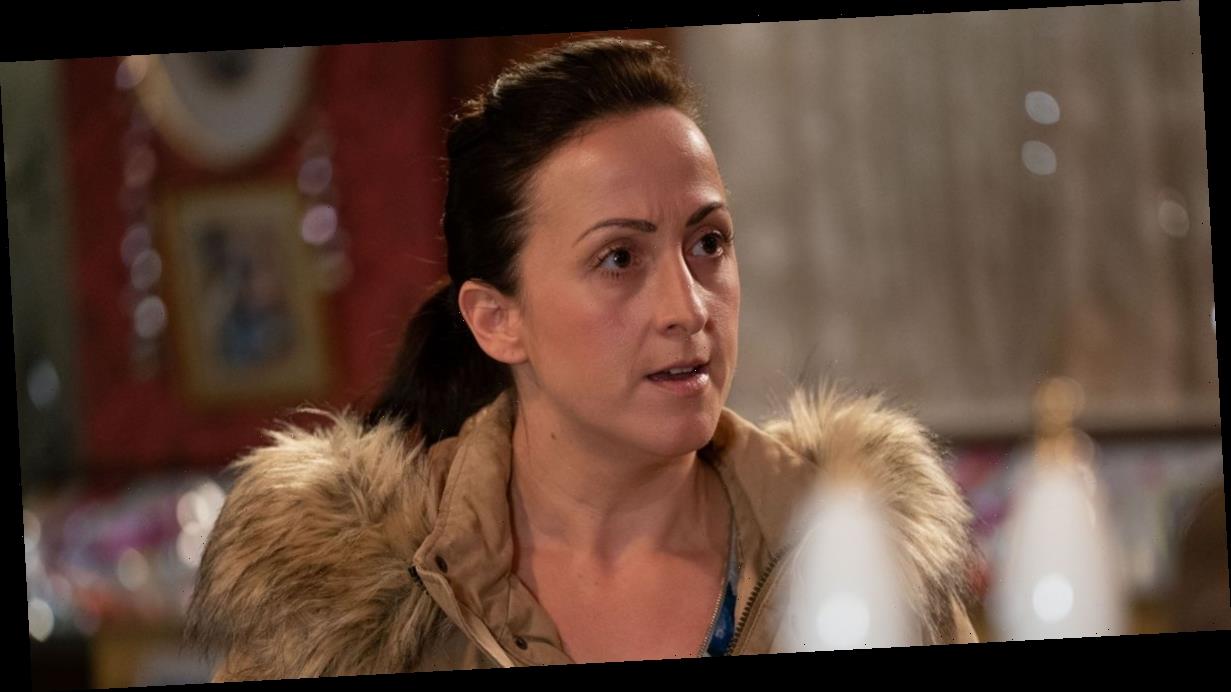 EastEnders actress Natalie Cassidy has been a major staple on the BBC soap for decades now.

She has been part of many iconic storylines on Albert Square, such as when Sonia realised she was giving birth to Martin Fowler’s baby on the floor of her living room.

And the character has had countless screaming matches and memorable lines in her scenes with the Jacksons and Butchers over the years.

Now it turns out that Natalie has been covering up a poignant and very personal tattoo on her wrist for the last decade while she plays Sonia, and gotten away with it.

Fans may never have noticed a strange patch of skin on Sonia’s wrist that doesn’t match the rest – as Natalie slathers on her own foundation to cover the inking.

Appearing in a new Instagram video, the 37-year-old actress’s aim was to share her excitement at the announcement Brian Conley will be joining the cast to play Sonia’s long-lost dad Terry Cant.

First mentioning her roots, Natalie began: "I had to do a little video because firstly, look at the grey hair – unbelievable.

"And secondly, I finished work – I am just about to go home. I am so lucky to be at work, I am so grateful to be at work."

There's MUCH more where that came from! Want all the jaw dropping stories from the world of showbiz and up to the minute news from TV and soaps?

Pausing to lift her arm, Natalie quickly admitted she’d done "a really bad covering" of her tattoo before carrying on to discuss the news.

"One minute you're sat at home picking your toenails, and the next minute Brian Conley is going to play your dad… Can't be bad, can it?" she teased.

The star captioned her video: "@realbrianconley playing Sonia’s dad. Can’t wait to work with Brian. Hope he won’t be offended by my roots…

"Oh and the tattoo covering is by me- Sonia doesn’t have a tattoo so I cover it up when at work! Happy Thursday all."

Natalie’s tattoo is a tribute to her daughter Eliza, and is a picture of her initials with a series of hearts and musical notes around them.

The 10-year-old is Natalie’s eldest daughter with ex-boyfriend Adam Cottrell, with the actress proceeding to ink her wrist soon after Eliza was born.

Natalie also has a little girl called Joanie, 4, whom she shares with husband Marc Humphreys.

Ahead of Brian’s appearance in Walford, it was revealed that the stage actor turned down a role on EastEnders twice before.

The 59-year-old’s first scene is due to air in the spring.