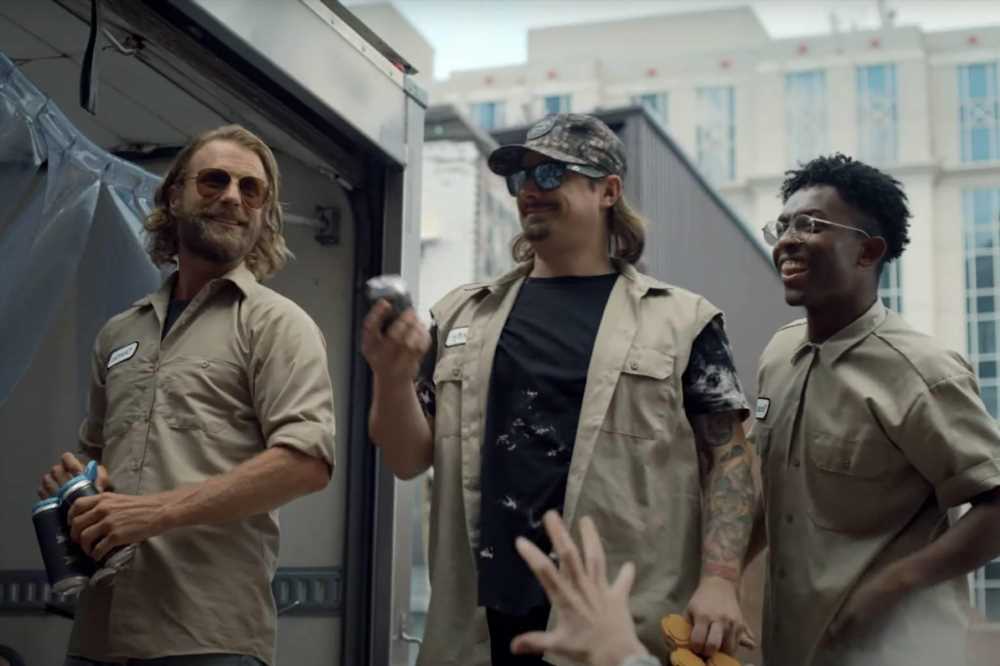 Dierks Bentley dreamed out loud about the possibility of buying concertgoers beer before he launched his Beers on Me Tour in August. In the new video for “Beers on Me,” Bentley and his collaborators Hardy and Breland do their best to keep Nashville a little tipsy by handing out cans of brew to unsuspecting strangers.

The clip features Bentley piloting a large box truck wrapped in the single art for “Beers on Me,” with Hardy and Breland riding beside him in the cab. They make stops in and around downtown Nashville: on the streets, at a condo building’s pool, a dog park, a construction site, a basketball court, and finally, right in front of Bentley’s downtown bar Whiskey Row. All three singers, dressed in monogrammed delivery driver shirts, gamely hand out can after can. It pairs nicely with the gregarious spirit of the song, which its three singers wrote with Ashley Gorley, Luke Dick, and Ross Copperman.

Nineties Country Is Blowing Up With Gen Z Listeners on Streaming

All 199 of Taylor Swift's Songs, Ranked

“’Beers on Me’ talks about, “Hey, you’ve had a hard time, you’re having a rough week, come on down to the bar, beers are on me,’” Bentley told Rolling Stone in May. “It’s not rocket science. It’s something you’d tell a buddy.”

Bentley also announced dates and venues for an extention of the Beers on Me Tour, which just wrapped its fall leg Oct. 22. Beginning Jan. 6, he’ll head to Canada for three weeks, then work his way back to the middle of the United States via the Pacific Northwest. Currently, shows run through March 5 and include a Feb. 24 stop at Nashville’s Bridestone Arena. Jordan Davis will join on all shows, with Tenille Arts appearing on all Canadian dates and Lainey Wilson taking over in the U.S.