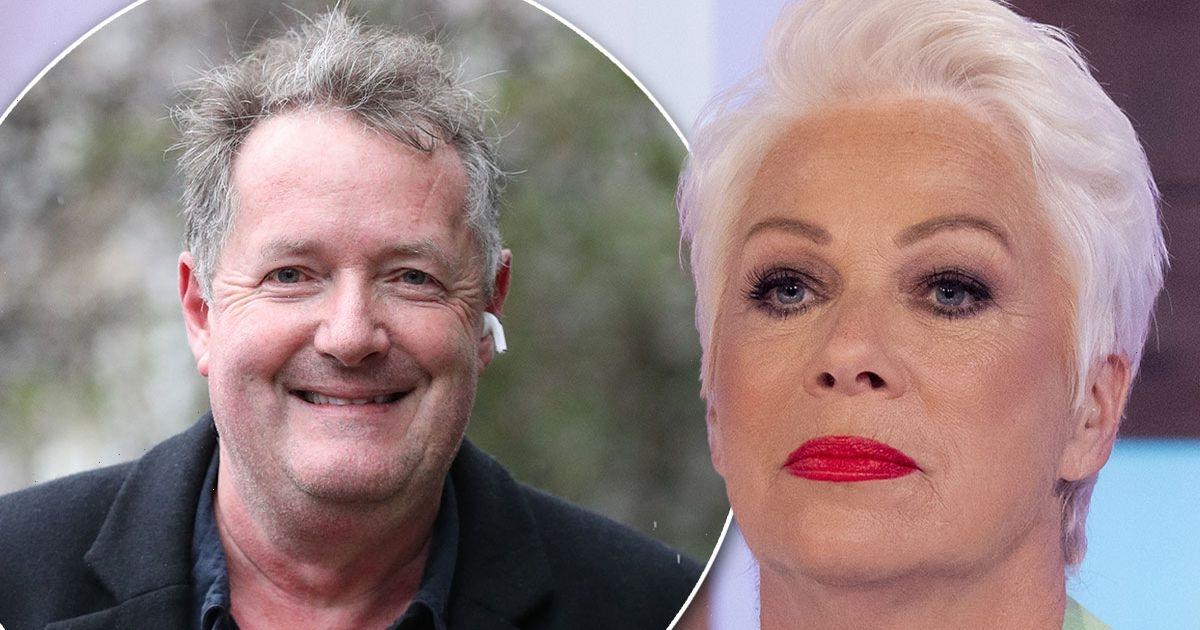 Denise Welch, 63, has given her thoughts after Piers Morgan, 55, announced he had recently contracted the virus.

Writing in the Mail on Sunday, the broadcaster explained how he believed he had come into contact with the virus at Wembley Stadium.

Piers attended the Euros 2020 final earlier this month, in which thousands of spectators were able to bag tickets.

The presenter is fully vaccinated, having received two doses of the Astra-Zeneca jab already.

And Piers revealed how he believed being double-jabbed may well have saved his life after becoming ill with coronavirus.

He also went on to touch on his former co-star Kate Garraway’s experience with the illness ,which left her husband Derek Draper in hospital for months on end.

However, Denise made her thoughts clear on Piers’ announcement over on her Instagram page in view of her 271k followers.

Attached with a screengrab of an article about Piers, she made her thoughts very clear.

“Funny that he says he’s the been the most ill he’s ever been in his life but has tweeted every day since Wembley and never mentioned it once!!!

“Just unlike Piers to remain quiet about something like that's all #justsaying,” she said.

Fans soon responded to her remarks, with mixed views in the comments section below the post.

One person shared: “I hope he has a speedy recovery as nobody deserves to suffer with this horrid virus.”

Another wrote: “Love you Denise, caption spot on!”

“Thinks? Did he take a test?” Queried a third follower.

A fourth echoed: “How do people know where they caught it?”

Those attending the match had to prove they were double vaccinated or had produced a negative lateral flow test result in the previous 48 hours.

Piers told his readers he began to feel unwell two days after the game, taking a lateral flow test which showed up positive.

He also went on take a PCR test, which displayed a positive result, two days later.

"As I'm sure everyone who gets it feels, it's a strange, disquieting moment to know I have this killer virus inside me,” he shared.

Piers added: "This is definitely the roughest I've felt from any illness in my adult life, BUT, as I slowly come out the other side, coughing and spluttering.

“I’m still here – unlike so many millions around the world who've lost their lives to Covid in this pandemic."