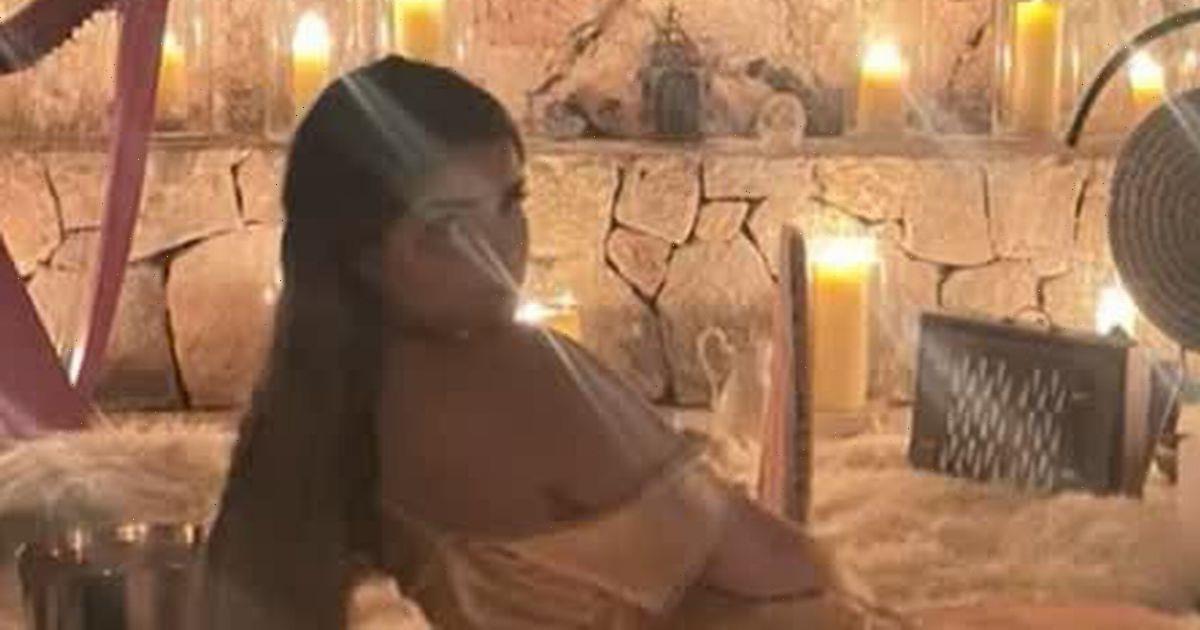 Stunning influencer Demi Rose took to her Instagram stories to share a sneak-peek at her glamorous outfit.

Demi, 27, shared a photo to her 19.4million Instagram followers as she posed inside what appeared to be a cave surrounded by candlelight in a romantic setting.

With multiple candles, lanterns, instruments and cosy blankets, Demi's photo looked incredibly sultry and seductive as she looked towards the camera with her long locks falling down past her back.

The starlet opted for a golden satin dress which fitted perfectly against her curves as her booty stole the show and fell off at her shoulders in a bardot fashion.

The mididress cut at her legs as she kicked off her shoes while the dress ruched at her waist.

Although the front of the dress was hidden, Demi's face was still seen in the snap as she opted for a minimal makeup look and leaned on the fluffy rug.

As she shared the photo she captioned the story: "Happiest".

Hours before Demi had shared a stunning clip of the views of the ocean and a stunning sunset while she made the most of being in another different country.

Demi was also filmed wearing a tie-up gown as she walked past multiple red and white roses as she pinned her hair back in a loose bun.

Her hair was then pulled down as she had a romantic night alone.

Demi's romantic night comes after she had a wild weekend in Coachella which saw her don multiple sensational outfits – including a skimpy leotard with sheer tights and a leather outfit with her booty on full display.

Demi's outfits never fail to gather attention, but her Coachella ones certainly sent her followers into a frenzy.

The model has been posing in the watchful eyes of her Instagram followers for years after landing a modelling job with PrettyLittleThing.

The brunette beauty, who spends most of her time travelling to different areas of the world, tends to model for bikini snaps above all else – and they're favoured by her fans.

Demi hasn't slowed down with her stunning posts, and with her recent Coachella looks, they've only gathered more praise.