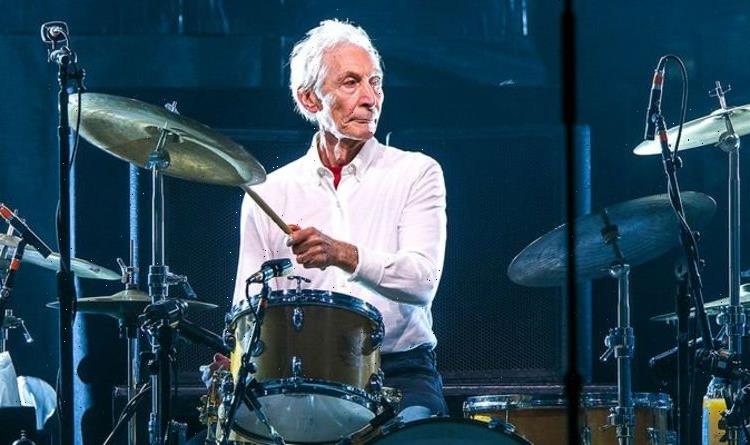 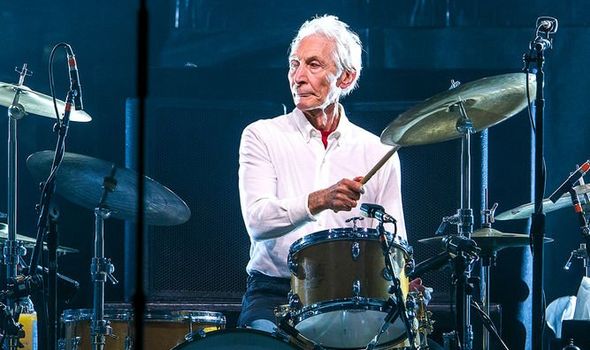 The music legend passed away just weeks after pulling out of the band’s scheduled US tour following an emergency heart operation. The surgery was said to have been “completely successful” and Charlie was prescribed rest and recuperation.

His spokesman announced yesterday: “It is with immense sadness that we announce the death of our beloved Charlie Watts. He passed away peacefully at a London hospital earlier today surrounded by his family.

“Charlie was a cherished husband, father and grandfather and also, as a member of the Rolling Stones, one of the greatest drummers of his generation.”

He leaves his wife of 56 years Shirley, their daughter Seraphina, 53, and his granddaughter Charlotte.

Beatles drummer Ringo Starr posted a tribute on Twitter, along with a photo of the two together. He wrote: “God bless Charlie Watts, we’re going to miss you man, peace and love to the family, Ringo.”

In a social media video, Sir Paul McCartney sent love to the star’s family and condolences to his bandmates. “It’ll be a huge blow to them because Charlie was a rock, and a fantastic drummer, steady as a rock,” he added “Love you, Charlie, I’ve always loved you, beautiful man.”

Sir Elton John added: “A very sad day. Charlie Watts was the ultimate drummer. The most stylish of men, and such brilliant company. My deepest condolences to Shirley, Seraphina and Charlotte. And, of course, The Rolling Stones.”

After pulling out of the 13-date No Filter tour earlier this month, Watts had joked: “For once, my timing has been a little off.” He did not want his recovery to delay the tour, which was set to visit Dallas, Atlanta, Los Angeles and Las Vegas.

“I am working hard to get fully fit but I have today accepted, on the advice of the experts, that this will take a while,” he said. “After all the fans’ suffering caused by Covid, I really do not want the many fans who have been holding tickets for this tour to be disappointed by another postponement or cancellation. I have therefore asked great friend Steve Jordan to stand in.”

Watts was one of only three Stones — with Mick Jagger and Keith Richards — to have been with the band throughout their nearly 60-year history, and to have featured on all of their studio albums.

His recent illness meant it was the first time he had missed a tour since he first joined Jagger, Richards and Brian Jones to form a new band in 1963.

Watts was treated for throat cancer at London’s Royal Marsden Hospital in 2004 and given the all-clear after a four-month battle with the disease, including six weeks of intensive radiotherapy. Following his recovery, the band began work on their 22nd studio album A Bigger Bang.

But this time, there was no way back for the man famous for never missing a beat.

Having left art college to start a career as a graphic designer, Watts was integral to the Rolling Stones from the earliest days, not only as drummer but designing their record sleeves and their tour stages.

But while his bandmates hit the headlines for their “sex, drugs and rock ‘n’ roll” lifestyle during six decades of performing, Charlie was more noted for his devotion to his family and his stylish sense of dress.

Remaining always faithful to wife Shirley, who he had met before the band found fame, on one occasion when the band was invited to the Playboy Mansion during a 1972 American Tour he reportedly ignored the Bunny Girls and headed to Hugh Hefner’s games room.

He once admitted: “I’ve never filled the stereotype of the rock star. Back in the 70s, Bill Wyman and I decided to grow beards and the effort left us exhausted.”

Watts admitted to a short-lived alcohol and drug problem in the early 1980s. He said: “I think it was a mid-life crisis. All I know is that I became totally another person around 1983 and came out of it about 1986. I nearly lost my wife over my behaviour.

“It got so bad that even Keith Richards, bless him, told me to get it together.”

Famously, in the mid-1980s, while on tour, he got a phone call in his hotel room in the middle of the night from a worse-for-wear Mick Jagger who demanded: “Where’s my drummer?”

Watts reportedly got up, shaved, dressed in a suit, put on a tie and freshly shined shoes, went downstairs and punched Jagger in the face, telling him: “Don’t ever call me your drummer again. You’re my ****ing singer.”

Charlie Watts was the ultimate drummer

Founding Stone Brian Jones died aged 27 in 1969, bassist Bill Wyman left in 1993, while Ronnie Wood has been a regular member since 1975.

Watts was born in London in 1941, the son of lorry driver Charles Watts and his wife Lillian, and grew up in a prefab house in Wembley, one of many built to replace those bombed during the war.

With his childhood friend Dave Green, he discovered jazz and the pair would listen to 78rpm records for hours, particularly Jelly Roll Morton and Charlie Parker.

The family moved to nearby Kingsbury and at Tyler Croft Secondary Modern School, Watts’ talent for art and music, as well as sporting prowess in cricket and football, shone through.

He once told how one of his first instruments was a banjo but he didn’t like it so he took off the neck and used the head like a snare drum before his parents bought him his first drum kit in 1955, when he would practise drumming along to his collection of jazz records.

After leaving school he attended Harrow Art School and left in 1960 to pursue a career as a graphic designer, while also playing drums with local bands, including the Jo Jones All Stars, in coffee shops and clubs.

Having grown up with a love of jazz, he reluctantly moved to rhythm and blues when his bandmates did, and in 1961 renowned blues musician Alexis Korner invited Watts to join his band Blues Incorporated. Unimpressed, he went to work as a graphic designer in Denmark instead, but on his return he eventually joined Korner’s band.

It was in mid-1962 that Watts first met Jones, Jagger and Richards in a rhythm and blues club and they invited him to join the band. Again, Watts turned them down and continued to work at a London advertising agency.

Finally, in January 1963 he agreed to join the fledgling Rolling Stones, but only on condition he didn’t have to give up his day job. Their first appearance was at the Flamingo Club in Soho. He only quit advertising when the Stones were signed by Decca Records.

As well as being an ever-present member of the Stones, he also toured with his own group, the Charlie Watts Quintet.

In 2006 he was elected into the Modern Drummer Hall of Fame.

He was known for his inventive, clever style.

The same year Vanity Fair elected him into the International Best Dressed List Hall of Fame.

But he was happiest at home in Devon with sculptress Shirley, the love of his life, on their Arabian stud farm.

Singer Sheryl Crow added to tributes last night, saying there is a “gaping hole in the universe”.

Chic star Nile Rodgers paid his own tribute, writing: “Rest In Power Charlie Watts RIP. You are a smooth brother.”