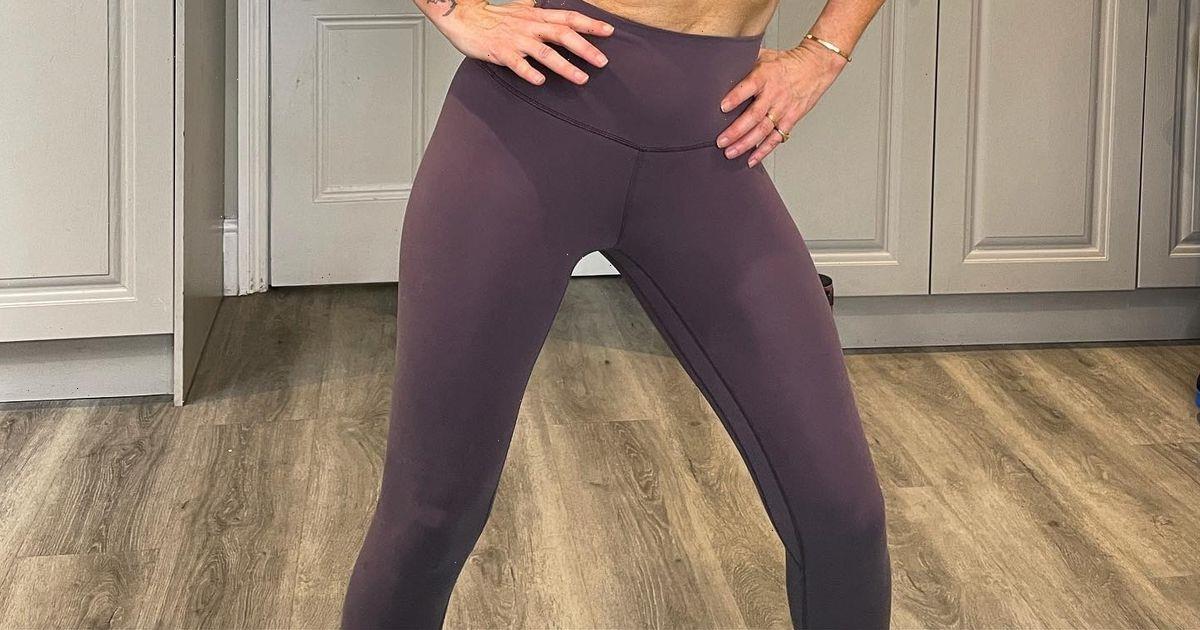 Davina McCall shared her support for fellow menopause sufferers whilst dancing in a carefree clip of herself in a bikini on Instagram.

The 54-year-old seemed blissful as she bounced up and down on the beach patio, dancing from side to side and throwing her arms out as she approached the camera with a smile beaming from ear to ear.

The fitness fanatic wore a bright red bikini with small red sleeves as she posed for the camera, the shimmering blue sea stretching out to the horizon behind her.

She wrote in the caption: “One good thing about menopause, you get an instant induction into the zero f**** club. If you’ve run out of f**** to give this week, sending you so much love,” and added a laughing face emoji with two red hearts.

Fans admired her confidence and toned physique in the comments and rushed to shower her in compliments.

The presenter, known for her iconic role on Big Brother, has a particular affinity for fitness and exercise.

She is no stranger to posting snaps of her impressive figure on Instagram and preaches health and wellness.

McCall recently shared a snap from inside an elevator as she had a solo dance party after a workout.

The energetic presenter updated her 1.5 million followers post workout as she stuck her leg out to the side and wrote in the caption: “I’m sure I’m not meant to feel this good after a workout! As you can see, I’m totally feeling myself,” and praised the song she was listening to.

The star has a separate Instagram account called Own Your Goals Davina, in which she encourages followers to “stay healthy and active from home”.

The page showcases tips, videos and live workouts for its 135,000 fans.

Davina has also amazed her loyal followers after she treated them to a cheeky lingerie picture and they went wild in the comments.

The mother-of-three sarcastically admitted that she “answers the door” in the ensemble.