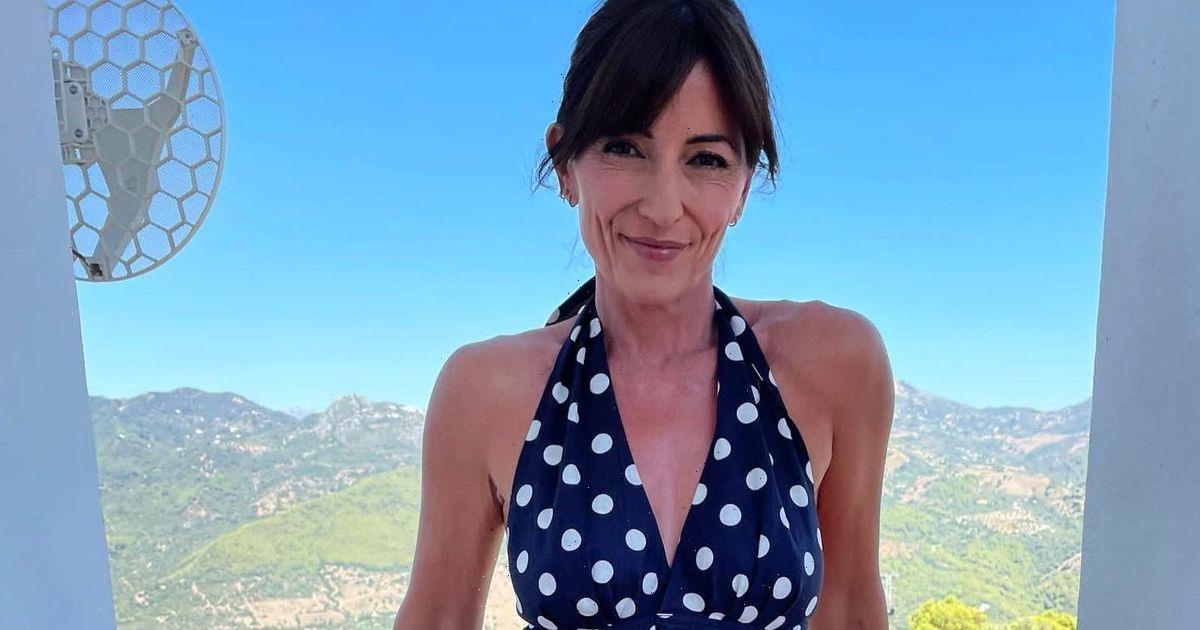 Davina McCall has been enjoying a sunny beachside holiday at an undisclosed location, and has let fans get a glimpse of the fun.

The popular Long Lost Family presenter, 54, had some R&R with her partner, celebrity hairstylist Michael Douglas.

But although Davina's fans have been impressed with her figure in the bikini snaps she has posted on Instagram, some were alarmed by a pic which seemed to show her dicing with death.

In the photo, Davina wore a tiny bikini, flippers and a snorkel, and appeared to be swimming just inches above a great white shark.

"This terrifies me and reminds me why I won’t swim out far in the sea!" one scared fan commented.

Another wrote: "I would not go back in the water just at the thought! That is my biggest fear."

Happily, Davina let her followers know that all was not as it seemed in the shot.

She captioned the pic: "Had a great time away . ( thanks @greshamblake for edit)"

It is not known why the shark was added to the photo.

Davina's holiday comes a month after she made the sad announcement that he father Andrew had died, aged 77, after a four-year battle with Alzheimer's Disease.

Davina shared the news of his death on 3rd March, writing alongside an image of them both smiling: “My Dad , Andrew , died on Monday night . He took a turn for the worse on Sunday but thankfully he wasn’t in pain. He was peaceful. I'm so grateful for that, and that we could be with him .."

She continued: “He was the best Dad I could ever wish for . My sister and I hit the jackpot . He always made time for us, opened his ( and my amazing mummas) house to all our friends, temporarily adopted mates of mine that needed help.

"He was a facilitator, always helping people with intros … he knew EVERYBODY. And they ALL loved him! I can’t imagine how many careers and businesses were started because of him. "

She continued: "The word legend has been used many times to describe my Dad. “He was a bon vivante, loved life, positive to the very end… “it just works” was one of the last phrases he was able to say as Alzheimer’s robbed him of the power of speech .

"He lived life . He loved us. And we loved him . With all our hearts . He leaves an enormous hole in our lives.”