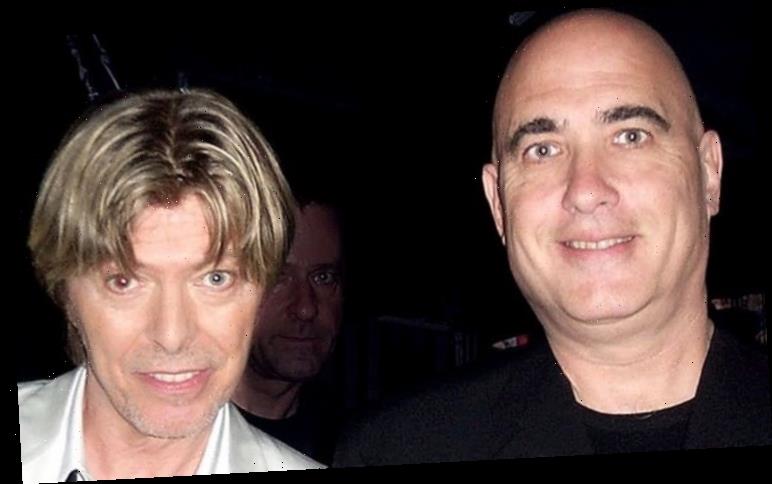 David Bowie discusses the potential of the internet in 1999

Mike had been Bowie’s piano man for 34 years, playing with him at more than 1,000 shows all over the world. They had recorded scores of tracks together. Yet, along with almost everyone else in the music industry, he was completely unaware that his old friend was on the point of death. Bowie died five years ago on Sunday, two days after his 69th birthday, following an 18-month battle with liver cancer that he had kept hidden from the world. But after all those years of almost telepathic communication on stage, Mike did not need to be told.

“David kept his illness from me and everyone else,” he says. “Right before he died, I was working on my biography and was asked to listen to 60 songs we’d recorded together.

“I was overwhelmed, because I never usually listened to our old songs – like David, I’d be on to the next thing.

“I emailed him, saying I was in shock at how good we’d been. Within minutes, David wrote back saying, ‘Mike, we did a great body of work together.’

“I suddenly felt tears, knowing something was wrong. I said to my wife Susan, ‘That’s the last time I’m going to speak to David.’ I couldn’t explain why, but I was right. I heard on the news very soon after that David had died. It’s the saddest thing.”

To mark five years since his friend’s death, Mike is organising a four-hour charity tribute ­concert, A Bowie Celebration: Just For One Day for Bowie’s birthday.

The online show features 30 vocalists from leading bands including Duran Duran, Def Leppard and The Smashing Pumpkins, solo singers such as Adam Lambert and Macy Gray, plus 40 musicians who played with Bowie throughout his career, including Rick Wakeman and Peter Frampton. 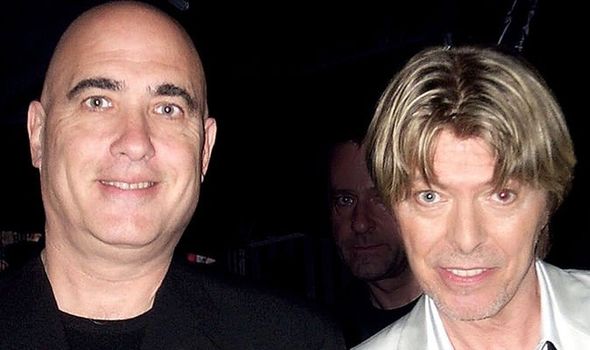 New York-born Mike, 75, says: “People don’t really talk about David’s heart but he was the most giving artist I ever worked with. David was a visionary and you knew he was this huge success but, when he was on the tour bus, he was one of the team.

“David suffered with us through the flat tyres, cold weather and hotel cancellations that happen. At the rehearsals for his final tour, David told me, ‘If I had to do it all over again, I’d do it more like a community’.”

It was on that final tour in 2004 that Bowie first became ill, when he suffered a heart attack on stage in Hamburg, Germany. It was then that his close connection with Mike kicked in.

Mike recalls: “When I played with David, my fingers were connected telepathically as if on a string to his heart. I felt pain in my hands and I just couldn’t accompany David right. I looked up and saw him clutch his chest. I thought, ‘We’re in trouble here.’

“Thank God they got David to the hospital, because he could have died that night.”

Mike was a respected jazz pianist when he auditioned to join Bowie’s backing band in 1972, initially just for a US tour. They got on so well that he played on the star’s smash Seventies albums Aladdin Sane, Pin Ups, Diamond Dogs and Young Americans, before working on Bowie’s 1993 album Black Tie White Noise.

They stayed together until Bowie’s final shows. Recalling his mischievous humour, Mike laughed: “I was a year older than David, so he nicknamed me ‘Doc Methuselah’ [a biblical figure who lived to 969]. There’d be 50,000 people in the audience but that didn’t matter to David, who’d quietly joke with me on stage, ‘How you doing tonight, Doc Methuselah?’”

Mike was also part of Bowie’s biggest ever concert, the now legendary headline performance at Glastonbury Festival in 2000. Viewed as Bowie’s comeback after some commercially unsuccessful albums, he wowed 250,000 fans – double the official capacity, as people flooded in for free when a security fence was torn down. 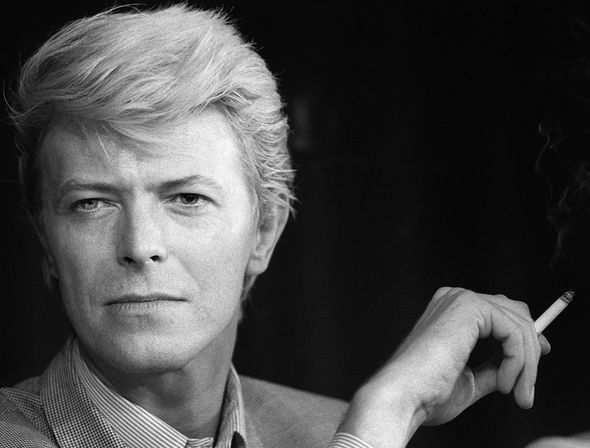 Mike recalls: “When David looked out at that monstrous huge audience, I think even he got a little nervous. So he said, ‘Mike, go out there and warm that audience up. Play them Greensleeves on the piano.’ That was David’s perverse sense of humour right there.”

Although Glastonbury sealed his return to mega-stardom, David was right to experiment, says Mike, despite dance-led albums Outside and Earthling losing him fans.

Mike says: “David had the worst reviews of his career when Outside came out. He was devastated, as we’d worked hard on that album for years. I had to say to him, ‘David, this happens with every great artist. It’s going to be 30 years before this gets recognised.’

“I’d seen my jazz heroes get ripped apart because, when a great artist creates something new like David was doing, it takes people time to get comfortable with it.

“A new generation is now recognising those albums are great work. But at the time, David’s audiences weren’t big. His manager begged me to talk him into playing more hits at shows but I said, ‘I can’t do that. He has to get this out of his system.’” 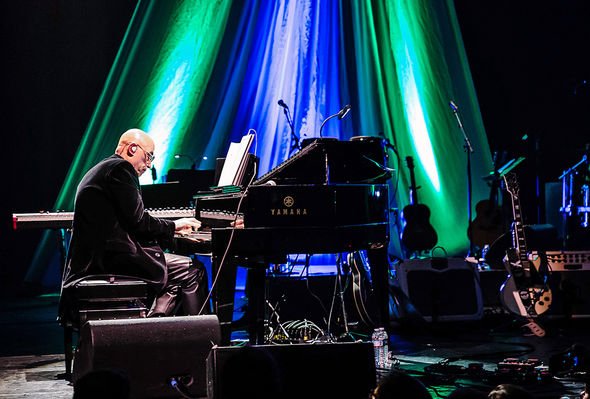 Bowie’s humour ensured there was no awkwardness when he and Mike reunited after 18 years to work on Black Tie White Noise. Mike recalls: “The phone rings and this voice says, ‘Hi Mike, it’s Dave,’ like it was yesterday. Of course I went ‘Dave who?’ because I’d known 50 Daves in the 18 years since Young Americans.

“I told him, ‘Oh, I think I remember you. Didn’t we work together back when you were in diapers?’ And that was us off and running again, like nothing had happened.”

Mike, who lives in Los Angeles with Susan, his wife of 52 years, says he learnt a lot from his friend and was often stunned at the breadth of the star’s knowledge.

“You often wouldn’t see David on the tour bus. He’d be in his cubby, devouring books on art, philosophy, religion. But when he was in the mood to talk, we’d be sat there with our mouths open at everything he’d learnt.

“I once sent David my musical homage to the composer Mussorgsky. David sent me back a story he’d written about Mussorgsky, a picture of him and all this Mussorgsky info I had no idea about. I’d think, ‘Who is this guy? Is there nothing he doesn’t know?’ 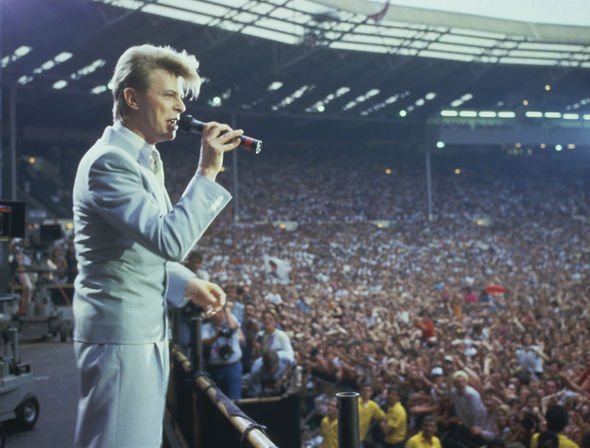 “Because I was from the jazz world, David picked my brain on jazz. He’d want to know everything I knew, and it’d all get recycled into the songs we made together.”

That jazz craftsmanship is most famous on the piano solo Mike played on the title track of Bowie’s 1973 album Aladdin Sane. It’s one of the most famous solos in rock history but it terrified David’s son Duncan Jones, now a respected film director.

Mike recalls: “Duncan told me, ‘I had nightmares every day when I was a kid, thanks to your piano on that song.’ I told him, ‘Oh, I’m so sorry. But it’s given me a career.’

“David witnessed that conversation with a big smile.” After Bowie’s heart attack in Germany, he rarely appeared in public. Upset at the weight gain that was a side-effect of his medication, Bowie banned cameras from what proved to be his final performance.

In 2006, Bowie and Mike played Life On Mars and Changes at a New York benefit concert organised by soul star Alicia Keys. Mike concedes: “Yes, David looked a little puffy. But he was still David Bowie, handsome and brilliant. His voice was better than ever. 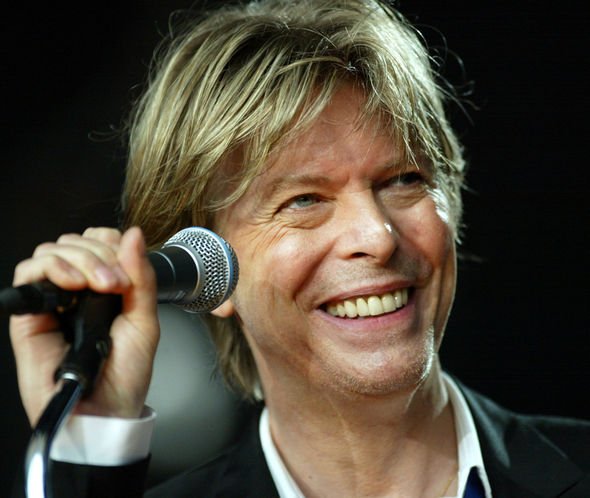 “If you maintain your voice as David did, it gets richer. It was an amazing performance, so it would have been wonderful to have it properly documented. But it’s forever in my heart and my memory.”

Since Bowie’s death, Mike has ­regularly performed his friend’s work on tour, saying: “The first year it was hard. I had grief and crying at every show. I still feel the loss and miss David in my heart.” But he bursts out laughing when asked what Bowie would think of the tribute concert.

“He wouldn’t give a ****,” Mike chuckles. “David didn’t like tributes like The Rock & Roll Hall Of Fame, and he turned down a knighthood.

“But in this case, he’d say ‘Go for it,’ because we’re doing a lot of unusual and interesting interpretations of his songs. He’d get a kick out of that. When I’ve played these shows before, I’ll sit at the piano and feel a little smile, which I think comes from David’s world. Whatever it is, it feels good.”