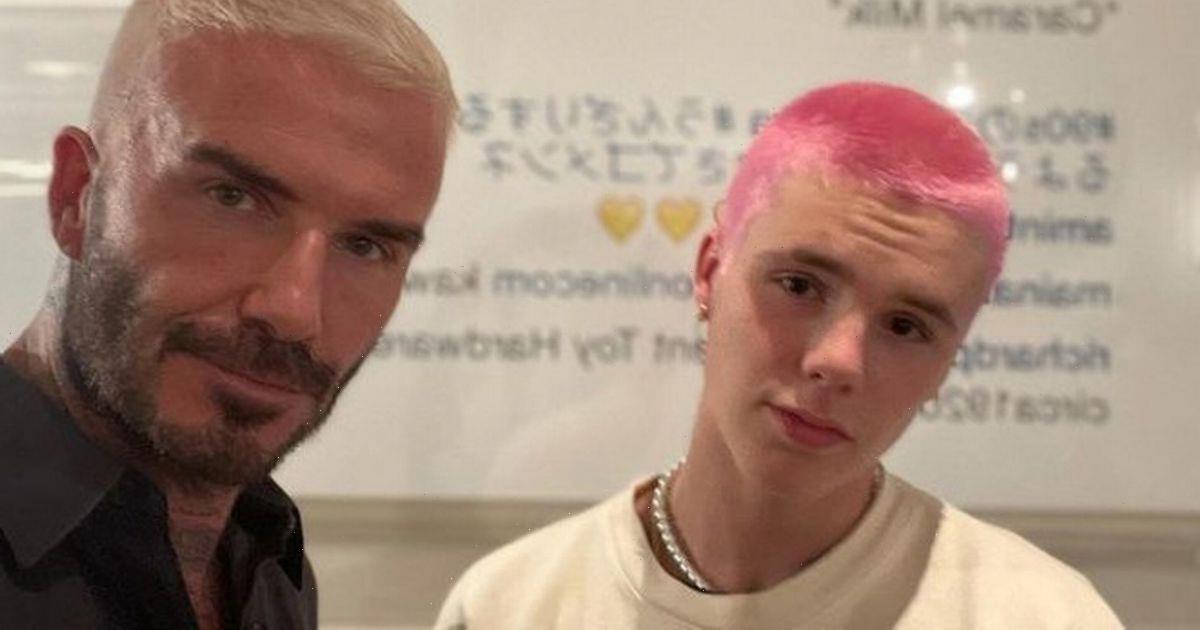 David Beckham has been pictured speaking to Italian police officers after his children were seen jet-skiing on the Amalfi Coast in Italy.

The 46-year-old reportedly spent 45 minutes talking to the cops on his yacht, with them even asking for a selfie at one point.

The football legend was moored on the Amalfi Coast when a police boat then pulled up.

His son Cruz, 16, had been jet-skiing, while his littler sister Harper, 10, eventually joined him.

According to an eye-witness, you are meant to be 18 to jet-ski in Italy, meaning Cruz and Harper would have been too young.

Cops soon turned up, and David was seen to be nothing more than co-operative, leaving his sunbathing spot to go and deal with it.

The source told The Sun: "Both Cruz and Harper were wearing life-jackets and staying very near the yacht so it is hard to see what the problem was.

"David seemed to call to them to come back to the yacht, and they anchored the jet-ski."

The chat with police reportedly went on for 45 minutes bit "looked quite amicable", with the cops asking for some documents which David provided.

It's thought that they recognised the millionaire sporting icon and had a chat to him before asking for a selfie.

The source went on: "At the end, David leant over for a friendly fist-bump and the police sped away.

"The Guardia Finanza usually deal with drug and people smuggling so I am sure they had better things to do."

David's youngest son Cruz could be seen with his hair dyed bright pink while he whizzed around on the jet ski.

Meanwhile, dad David was sporting his newly-bleached hair as he sunbathed on the deck wearing some bright red shorts.

He slipped on a white t-shirt to go and speak to the officers, who pulled up in a boat next to their luxury yacht.

Cruz and Harper could be seen wearing yellow lifejackets, though it seems that was not enough to get them off the hook.

David recently dyed his hair after his lads went for more colourful hues themselves.

He took to Instagram earlier this month to show off his new 'do, as he posed with pink-haired Cruz and blond Romeo.

Reminiscing about his past hair style, David said: "Sometimes the boys need reminding who did it first int he 90s. By the look on their faces they are not too pleased about it."

He added the hashtag "Dad did it first" as well as some laughing emojis.

Victoria Beckham was quick to comment, writing: "Dad did do it first and it looks even better this time round!"

But David quickly added: "Don't worry boys it will be gone in a few weeks."