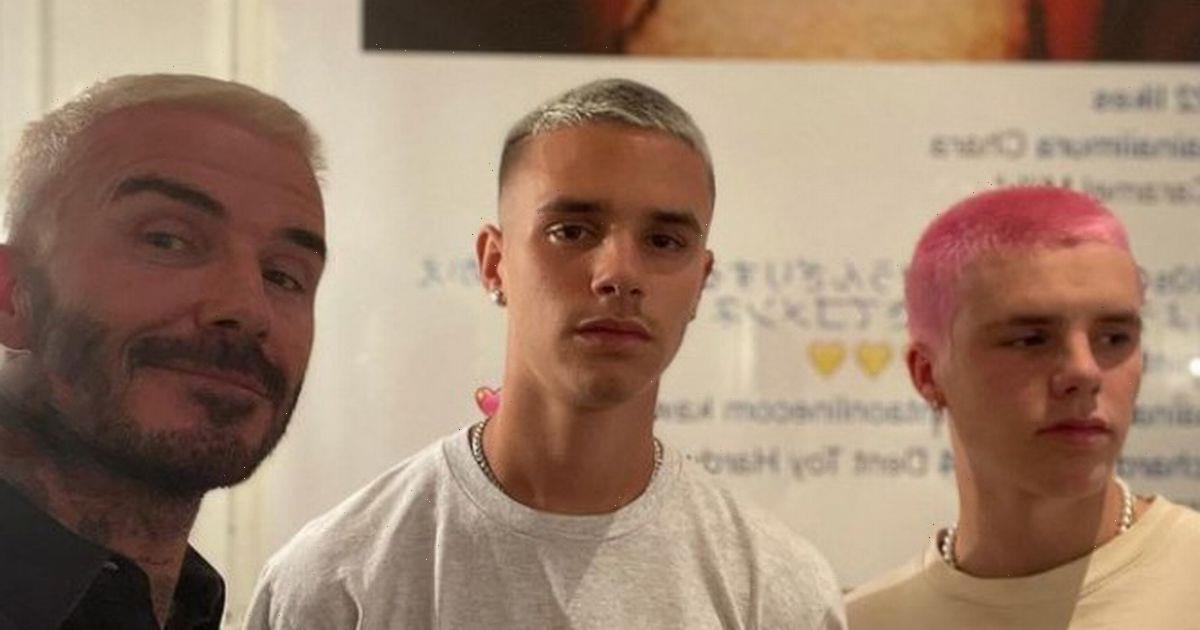 Football legend David Beckham has bleached his hair again to rock a barnet similar to his 90s ‘do.

Setting his sons straight about who wore it first, David copied his sons Romeo, 18, and Cruz, 16, who had both chosen to bleach their hair recently.

The hair trend has grown in popularity as a nod to current England player Phil Foden who sports a bleached and shaved style.

The father-of-four and former England Captain, 46, shared two photos of his new hair to Instagram.

Debuting his new ‘do online David smiled with his sons who looked a little bit unimpressed.

The former Manchester United player captioned his snaps with: “Sometimes the boys need reminding who did it first in the 90’s.”

Acknowledging his sons' reaction he wrote: “By the look on their faces they are not too pleased about it #DadDidItFirst.”

David’s pop star wife, Victoria, 47, was quick to offer support as she commented: “Dad did do it first and it looks even better this time round!”

The former Spice Girl seems a fan of fair men as she said he looks 'even better' now with bleach blond hair than he did over twenty years ago.

Reassuring his sons that his bold look would not be permanent, David said: “Don’t worry boys it will be gone in a few weeks @romeobeckham @cruzbeckham.”

David has made headlines for his ever-changing hairstyles when he was on the sports stage as a professional footballer.

His sons have picked up his genetically blessed looks and have even mimicked his iconic 'dos, as Romeo tried braids and a topknot.

Third eldest son, Cruz, chose to debut his new hair online with a mirror selfie and a scary-looking nosebleed filter.

The filter gave the teen a black eye and bloody nose in a video he shared to his 1.8million followers, dyed by the same man who does his Dad’s hair.

His mum Victoria completely ignored the Instagram filter and commented: “This hair is everything!!! X.”

Fans were more concerned for Cruz as some asked: “What happened?”

The filter was clearly convincing as a third asked: “Why are you gonna scare us like that? Thought someone scrapped you for a sec.”