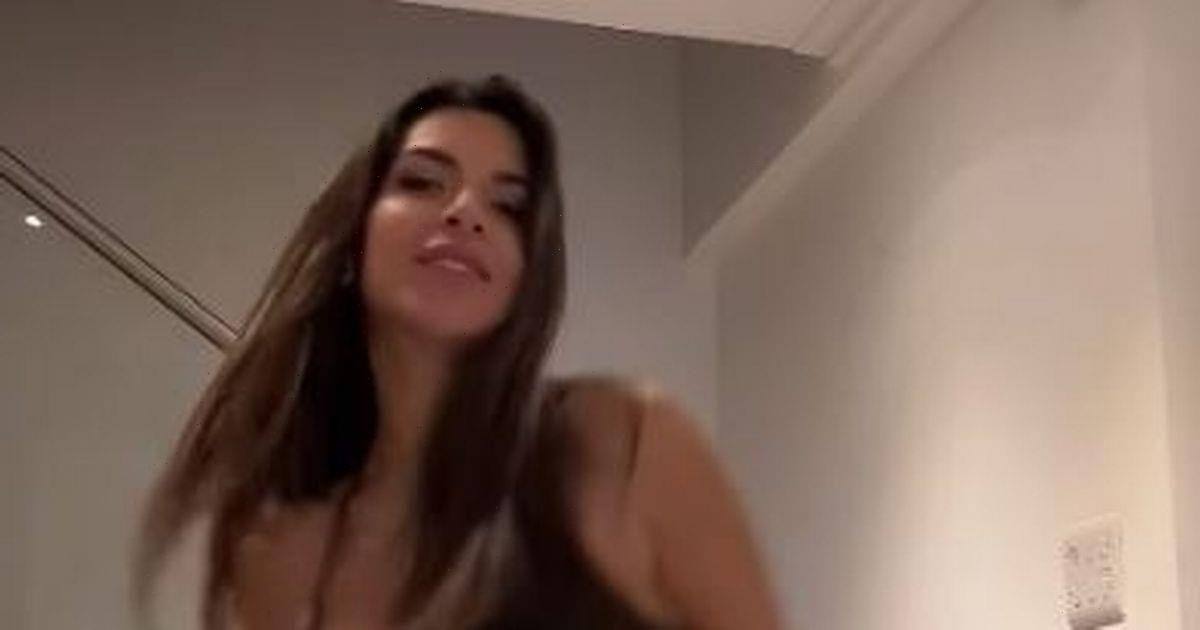 Dancing on Ice star Ekin-Su Cülcüloğlu showed off her moves days before the start of ITV's skating competition.

The 28-year-old took to Instagram in a black sports bra and blue jogging bottoms as she danced along to Beyonce's hit song Cuff It.

As she writhed around, showcasing her incredible abs and figure, boyfriend and former Love Island star Davide Sanclimenti crept down the stairs of their hallway and joined in on the dance party.

Moments after posting the sweet dancing video, Ekin-Su shared a personal video about the importance of skincare.

"I just wanted to tell you guys how important skincare is in your routine. You need to look after especially if you are in your late twenties like me," she said.

Ekin-Su added: "Thirty in two years time. Ouch very scary, so I don't want to get wrinkles very very early although unfortunately the nature you cannot stop, we will get old."

She then detailed her skincare routine, explaining that she uses an extensive list of products on her skin, including an SPF, a moisturiser, a toner and an exfoliator "just because anything helps".

Ekin-Su's skincare advice comes just days before her debut on the Dancing on Ice rink.

The reality star is already tipped to win the show, with bookmakers William Hill believing that she'll win the British public over like she did in Love Island, which she stormed in 2022.

“She often found herself on thin ice in the early stages of Love Island, and in the coming weeks we’ll be able to see Ekin-Su put on some skates to navigate similar circumstances," the William Hill spokesperson said.

They continued: "We are 3/1 for the TV reality star to win her second successive show when Dancing on Ice commences next weekend, making her the outright favourite to win the hearts of the British public once again."