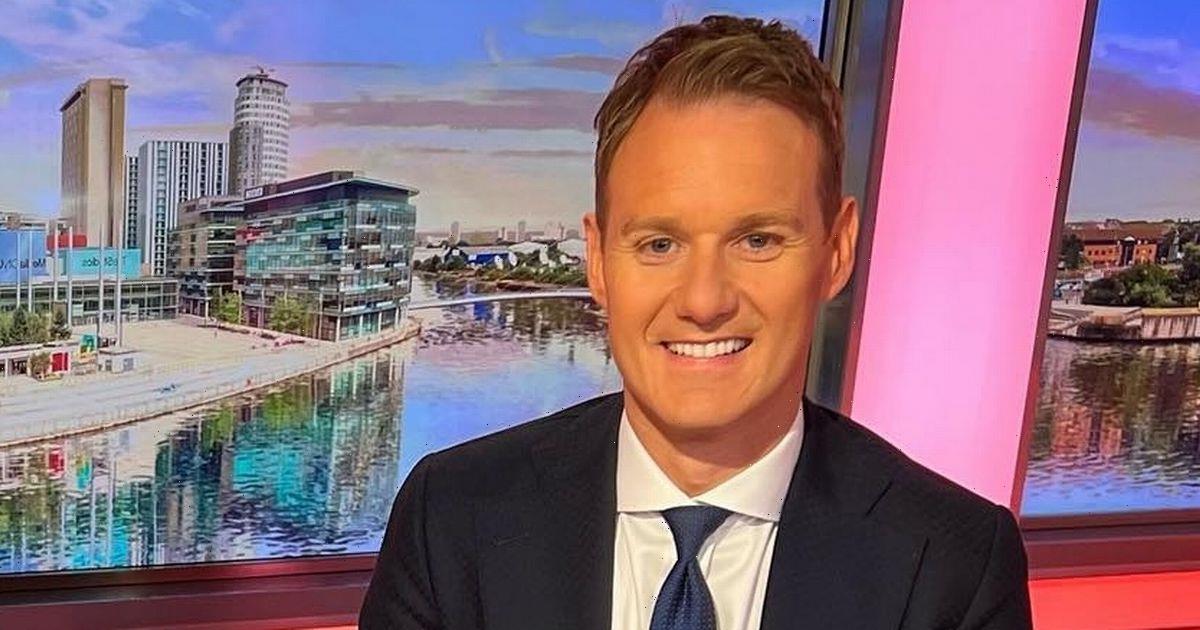 BBC Breakfast’s Dan Walker has taken to Twitter to pay tribute to his co-host, Sally Nugent, ahead of his move to Channel 5.

The 45-year-old shared a sweet snap of the two of them together, sharing a laugh as they presented the early morning breakfast news show.

Walker and Nugent shared a moment together after they had requested that viewers send in pictures of their garden gnomes to the programme.

Dan added the caption: “I am going to miss Sally,” with a laughing emoji, followed by the hashtags “show us your gnomes” and “BBC Breakfast” before he tagged his colleague.

Dan, who wore a blue suit and red tie, was sitting on the sofa with his co-host Sally, who wore a white lace top and black skirt.

Sally couldn’t hold in her laughter and keeled over as she tried, unsuccessfully, to maintain composure, before she explained that she was giggling “because of the way he said it”.

Fans adored the hilarious clip and flocked to share their thoughts.

One wrote: “Watching Dan Walker and Sally Nugent on BBC News cheered me right up, about the gnomes. Love watching you two together. Dan, you will be missed when you leave.”

More viewers commented on how the duo had “cheered them up” and told Dan how much he would be “missed when he leaves,” including his “banter”.

The presenter has announced that he is planning to leave BBC Breakfast for a position at Channel 5 and shared the news on the broadcaster’s official Twitter account.

Dan said that he is “really excited” but that the move is a result of a “massive decision,” due to the fact that he “loves BBC Breakfast,” “working alongside Sally” and the rest of the team.

He went on to say that “Channel 5 came with big ambitions” and “big plans,” so he had to take the chance as “opportunities like this don’t come around very often”.

Dan then admitted that he “can’t wait” for the change.