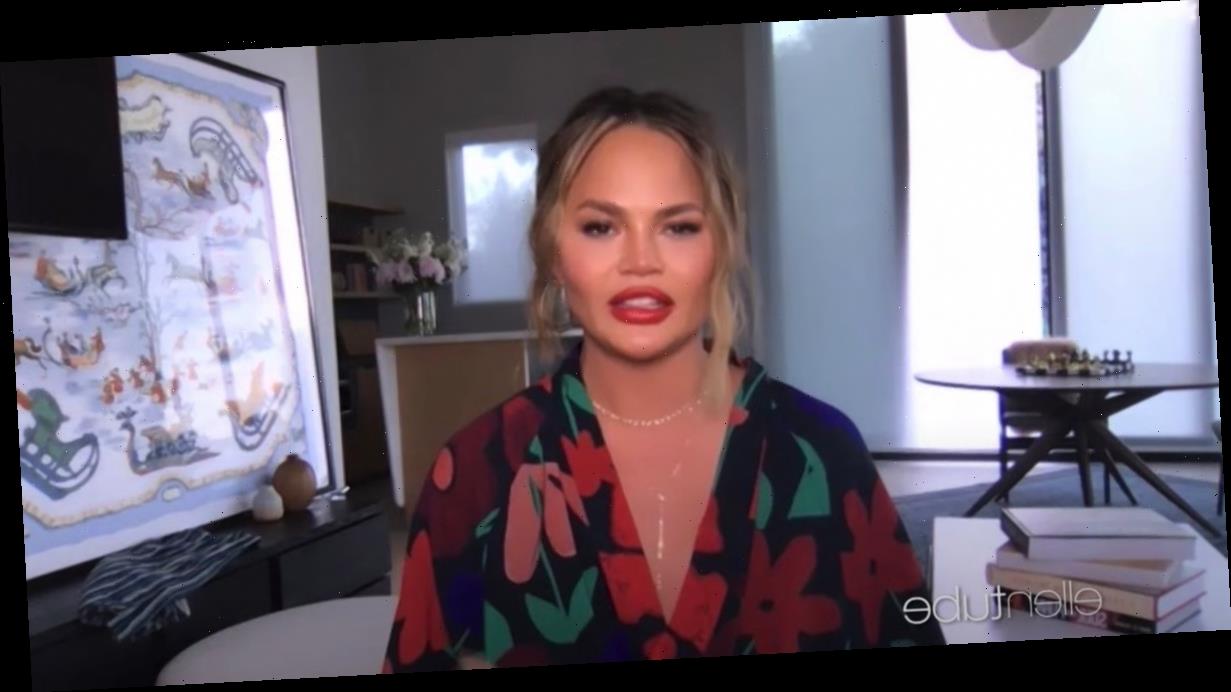 The model, 35, believes the “unimaginable” pain she and music star husband John Legend went through inspired her to get sober.

She says she has become a "better person" since the harrowing moment that she lost her baby.

Reflecting, she told Ellen DeGeneres that what she went through will shape the rest of her life.

Chrissy said: "Looking at those pictures now, it seems like so long ago. And also, of course, everything was such a blur.

“Even thinking back to it now, I am still in therapy about it and I'm still coming to terms with it.

“It's just hard because he would've been born this week, so you look at those things and you have these constant reminders.”

She added: “It was a really transformative thing for me and in a way it really saved me, because I don't think that I would've discovered therapy and then sobriety and this path of feeling good about myself and feeling like a new person.”

Her daughter, Luna, 4, and son, Miles, 2, often ask about their brother, she told Ellen.

She revealed: “It’s been so beautiful to see my kids, the way they talk about him.

"We’ll be going to the beach or something and they'll say, 'Is baby Jack with us right now? Do you think he's up in the clouds?'

Chrissy spoke about not looking at her late son's face as she feared the mental scars.

Discussing if she could turn the clock back, she added: "I am so full of regret that I didn't look at his face when he was born.

"This month is a rough reminder and to be honest, I thought the worst was over but I guess life and emotions aren’t on any sort of schedule."