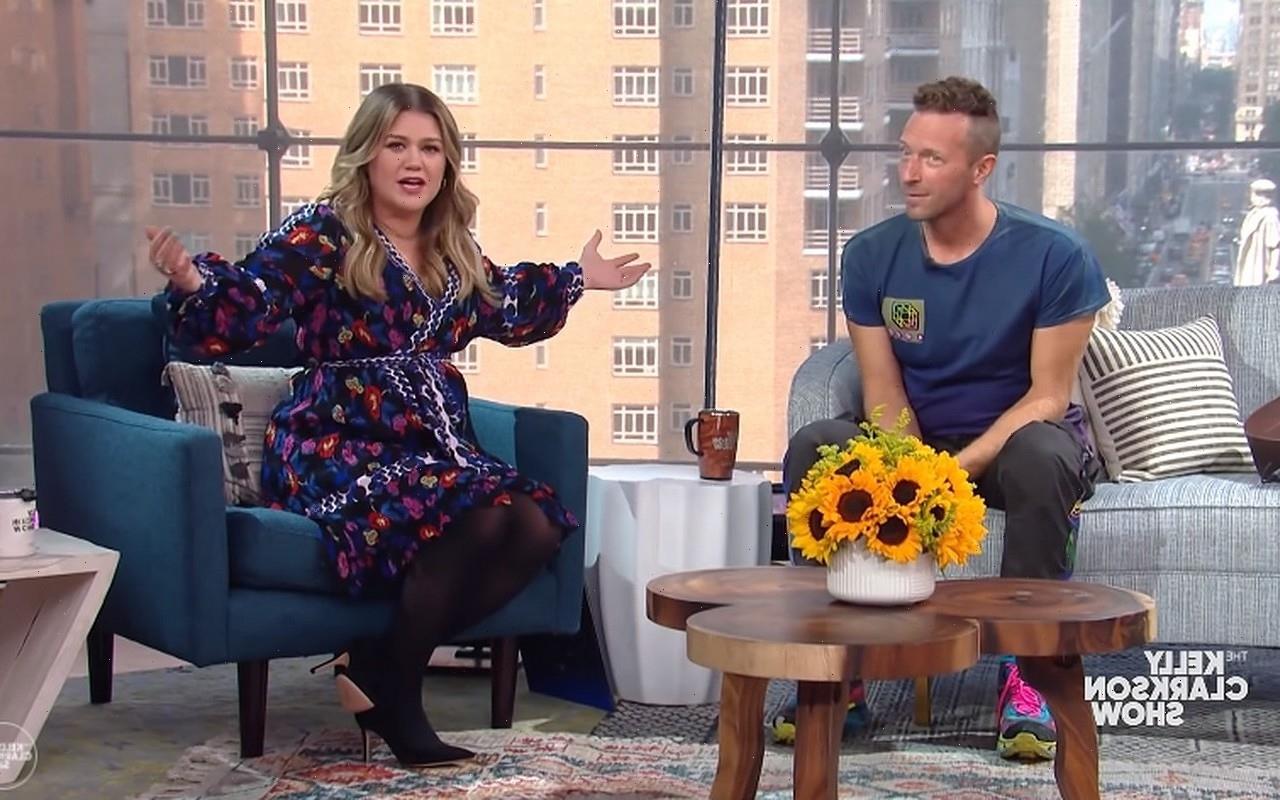 The Coldplay lead vocalist has left the ‘American Idol’ alum in awe after delivering perfect Korean lyrics during an acoustic performance on her television talk show.

AceShowbiz –Chris Martin stunned Kelly Clarkson this week (beg20Sep21) by singing BTS’ verses of their collaboration “My Universe” in perfect Korean on her daytime talk show.

The singer’s band Coldplay and the K-pop supergroup dropped their new single on Friday (24Sep21), and Martin promoted the release on “The Kelly Clarkson Show” with an acoustic performance.

And when it came to BTS stars Jungkook, V, RM, and Jimin‘s portion of the lyrics, Chris showed off his language skills, leaving Clarkson more than a little impressed.

“Oh my God!” she shrieked as she gave him a standing ovation at the end of the song.

My Universe will feature on Coldplay’s upcoming album, “Music of the Spheres”, which is set for release on 15 October.

The Bangtan Boys also teamed up with Megan Thee Stallion on a remix of their hit single “Butter”.

Unfortunately, the collaboration was marred by an attempt block the song release by label boss Carl Crawford.

Megan and Carl have been at odds with each other since she signed management deal with Jay-Z‘s Roc Nation.

She was eventually granted a permission to release “Butter” remix after she filed a petition against her label.

“If [Megan] is not allowed to release a new track this Friday on which she is the featured artist in a remix with BTS of the song called, ‘Butter’, her music career will suffer irreparable damage, including a devastating impact to her relationships with her fans and with other recording artists in the music industry,” her legal documents read.