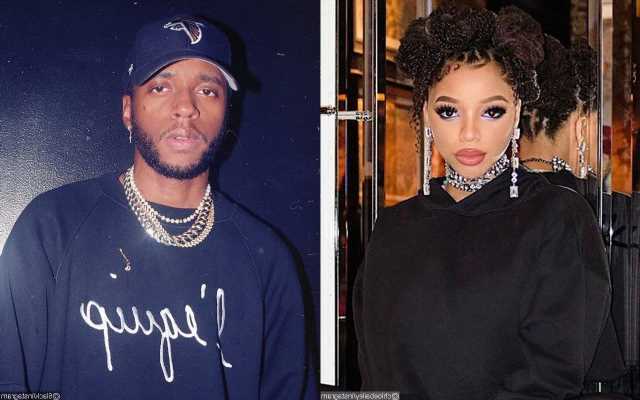 Many fans of the one-half of Chloe x Halle urge the singer to release the collaborative track ASAP, with one writing, ‘Is that a f**king teaser? Omg!!! Drop it now.’

AceShowbiz –Chloe Bailey has something up her sleeve. When sharing a reflective post on social media ahead of New Year, the one-half of Chloe x Halle teased a new music video for her upcoming single featuring 6LACK.

The 23-year-old singer/actress previewed the visuals via Instagram on Wednesday, December 29. The snippet showed the “Grown-ish” star singing the song, which appears to be titled “Cry for Me”, while 6LACK is harmonizing in the background.

Along with the video, Chloe shared some clips of her during rehearsals. She captioned the post by writing, “2021 has been about falling and getting the f**k back up. looking back, this has been an AMAZING year! it’s been hard believing in myself but God has had my back every step of the way.”

“i am filled with so much GRATITUDE and can’t wait to continue to walk in light,” Beyonce Knowles‘ protege went on noting. “my resolution this year…to not be so hard on myself, work hard but make sure i have fun doing it!!!”

The post has since been flooded with comments from fans, who urged Chloe to release the song ASAP. “Drop that song that’s on slide 4,” one user commented. “CRY FOR ME!??? when!!!!” another exclaimed. Someone else, meanwhile, asked, “Is that a f**king teaser? Omg!!! Drop it now.”

The preview then made its way to Twitter, prompting a fan to rave, “THIS IS WHAT IVE BEEN WAITING FOR 2022 HIT INCOMING.” A different user marveled, “IT SOUNDS SOO GOOD.” A third echoed the sentiment, “This is amazing what the f**k.”

It remains to be seen when Chloe will drop the song, which will be a follow-up of her debut single, “Have Mercy”. The older sister of Halle Bailey released the latter back on September 10 along with its visual. She performed the chart-topping track live for the first time at the 2021 MTV Video Music Awards.