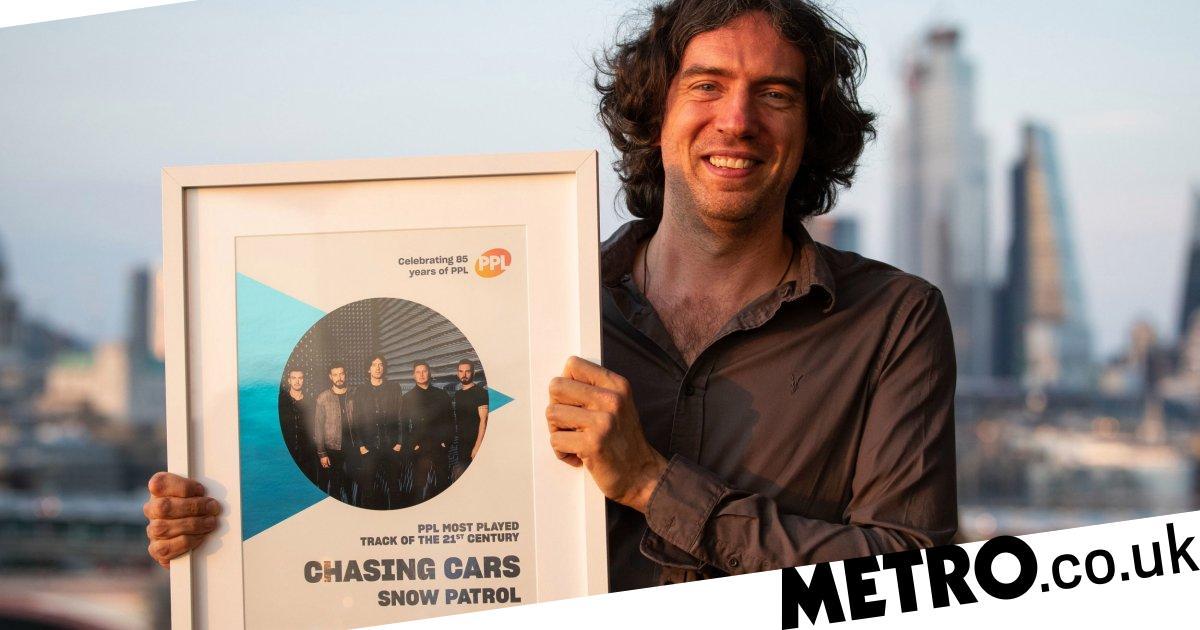 There was barely a minute that went by in 2006 without Snow Patrol’s Chasing Cars playing in the background.

And it’s been played at pretty much every wedding and in every TV series finale since.

So it’s no surprise that Chasing Cars has been named the most played song of the 21st century so far.

Music licensing company PPL confirmed that the 2006 single is the most played song on UK radio and TV of the 21st century, 13 years after its release.

Snow Patrol frontman Gary Lightbody told the BBC: ‘It’s unbelievable. I’m not sure how that happened.’

Trying to explain the song’s appeal, the Northern Irish singer said: ‘It’s an emotionally open song and it’s a simple song. But it’s also unabashedly a love song, and we don’t really have any others.

‘The way it unifies an audience is the thing I most cherish about it. It’s a beautiful moment every time you play it.’

The strength of the song made the album on which it came, Eyes Open, the best-selling British album of the year, selling over 6 million copies worldwide.

Peaking at number five on the US Billboard Hot 100, Chasing Cars was nominated for Best Rock Song at the 2007 Grammys, losing to Dani California by Red Hot Chili Peppers, while at the Brits the same year, it lost the award for Best British Single to Patience by Take That.

Chasing Cars became a worldwide smash after it was featured in the season two finale of Grey’s Anatomy, and went on to be used in One Tree Hill and as the song Stacey walked down the aisle to in Gavin & Stacey.

The group had huge success not only with Chasing Cars, but with Run, You’re All I Have, Chocolate and Set Fire To The Third Bar.