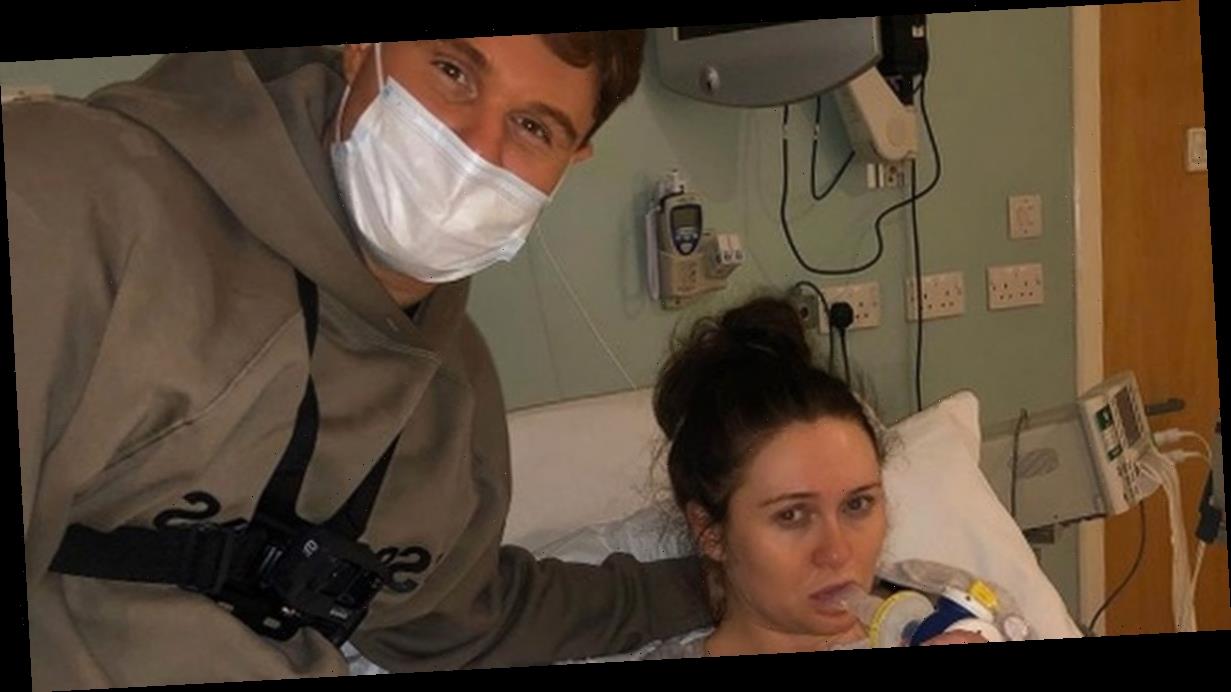 Charlotte Dawson is set to honour her late father Les Dawson by naming her baby son after him.

The MTV Ex On The Beach starlet gave birth on January 26 to her first baby with partner Matt Sarsfied.

Charlotte was due to give birth on January 25, a week before what would have been her father's 90th.

The northern gal said: "It is so spooky how close it is, of course dad will be in the name somewhere – you will have to see."

Charlotte added: "I'm filming a programme about the baby.

"There will be bits on film about the birth as I wanted to share it.

"Mum wants to be there with me when I give birth birth but it's heartbreaking she cant be.

"I would have had both mum and Matthew."

Taking to Instagram on the morning of January 26, Charlotte's partner Matt confirmed her waters had broken.

Alongside a shot of the starlet in the hospital getting routine oxygen, Matt gushed: "Where all set ready for our little man!

"Charlotte's waters broke at 4.30. So proud of my girl @charlottedawsy she’s a trooper."

Charlotte continued in a second Instagram live session on January 21 how she has loved being pregnant despite previously being creeped out by her friends' pregnancies.

Talking about her pregnancy journey, the starlet said: "I think I feel the best I've ever have.

"It is crazy. Being pregnant really is for me.

"Maybe I am going to be a baby-making machine.

"I dunno, I have genuinely absolutely loved being pregnant, it has been such a magical experience, it really really has.

"I used to be petrified when people say to me to come and feel their baby kick.

"But genuinely, genuinely, it is the best feeling in the whole world. I can't explain it.

"I want Matthew to feel him all the time. I get so excited when he kicks. Honestly, I have loved being pregnant."

Daily Star previously revealed how Charlotte plans to freeze and eat her own placenta – in pill form.

She said: "I've got a freezer bag for freezing my placenta ready.

"I'm getting it made into pills and tablets."

Laughing when asked if her partner is also going to take the tablets as well via a now-deleted Instagram live session, Charlotte added: "Matthew isn't sharing the tablets."