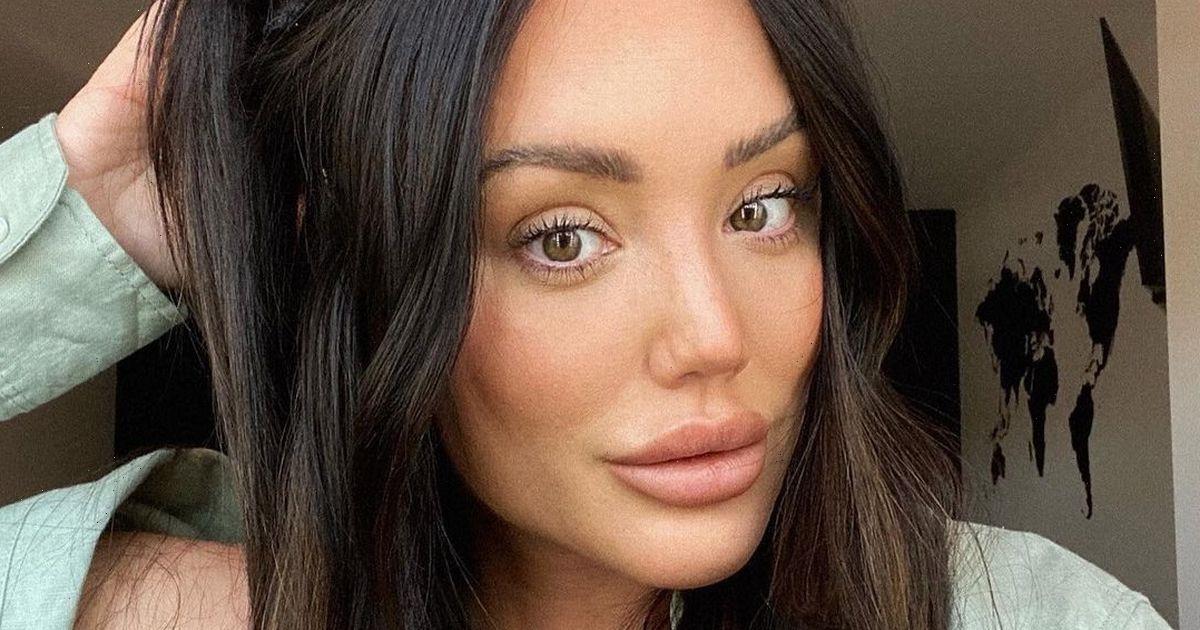 Charlotte Crosby has been pretty unlucky in love since joining Geordie Shore at just 18 years old.

She has a taste for the reality TV boys and has certainly tried out a few of them with the relationships often ending in heartache, with the splits playing out in public.

Her fans have seen her colorful love life play out on Ex on the Beach, Geordie Shore, Celebs Go Dating, I'm A Celebrity and all over social media.

For her 31st birthday, Daily Star has taken a look back over her past relationships from her unrequited love for Geordie Shore co-star Gaz Beadle to finding happiness with current boyfriend Liam.

The most famous of Charlotte’s many relationships was that with fellow Geordie Shore star Gary Beadle and his ‘parsnip’.

The pair shacked up several times throughout the show with Gas always refusing to commit and breaking Charlotte’s heart several times in the process.

Finally, five years later they became official and dated before going through a hugely bitter breakup.

Charlotte suffered a tragic ectopic pregnancy in April 2016 which almost cost her her life and left her with compromised fertility when doctors had to perform emergency surgery on her fallopian tube.

Gary had flown out to Thailand to film Ex On The Beach and decided to stay on the show rather than fly home, before bedding Jemma Lucy, Olivia Walsh and Charlotte Dawson while he was there.

Charlotte was understandably devastated and quit Geordie Shore saying she was “willing to sacrifice” that part of her career to get away from Gary.

Charlotte gave things with Mitch Jenkins two goes, dating first in 2013 and then again in 2015.

The couple seemed to go from strength to strength with Charlotte even getting his initials tattooed on her arm.

However Mitch then dumped Charlottes a year later by text, just before they were due to move in together.

But they gave things one more go a month later, jetting off to New York together before finally splitting for good.

“That’s a big commitment isn’t it, so then I just thought right I just need to cool things off, so I got back from Greece and I finished things and we haven’t been back together ever since.”

Max shot to fame on season one of Love Island and he and Charlotte got together in 2015.

However, their relationship crumbled when Charlotte wandered back to ex Gaz, and ended up kissing him which was broadcast by co-star Holly Hagan on her Snapchat.

Max was understandably fuming when he saw, telling The Mirror: "I won't be going back to Charlotte, I'm too proud for that.

"She knew what she was doing, I'm not stupid. She's a 25-year-old girl acting like a 15-year-old. It's about time she grew up. She probably won't even apologise – she's like that."

He added that he knew she would go back to Gary saying: "I saw it coming, Gary clicks his fingers and Charlotte comes running back.

"Gary just uses Charlotte like a piece of string, and she's a mug for going along with it.”

Charlotte won Celebrity Big Brother in 2013 so she was bound to fall for a fellow Big Brother star at one point.

She began dating 2014 series star Ash Harrison in 2017, while he was fresh out of another dating scandal, and they were picture on a string of dates together.

However after five months they broke up, with Ash cryptically writing: “If someone purposely, constantly disrespects you, they aren't a good person. Simple.”

They met on Ex on the Beach before engaging in a very turbulent on-off relationship and starring together in the MTV show Just Tattoo of Us.

The couple had an extremely acrimonious split for the final time in December 2017, with both taking to social media to accuse the other of cheating.

Charlotte hooked up with another Ex on the Beach alumnus in Joshua Ritchie back in 2017.

They dated for two years and seemed pretty strong until splitting in late 2019 with Charlotte writing: "Me and Josh have decided to part ways.

"Sadly the relationship seems to have broken drown. Hoping we can still remain civil and wish him the best for the future."

The pair then engaged in a slanging match, which was not helped after Josh joined Celebs Go Dating leading Charlotte to take to Instagram to call him a “f**king toe rag”.

Last year, the Charlotte met and began dating Aussie reality star Ryan Gallagher from Married at First Sight on the Australian version of I’m A Celebrity… Get Me Out Of Here!

Viewers love watching their relationship our hopes were peaked when after being evicted Ryan said: "I'm happy to keep going. Obviously I'd love it to keep going outside the show,' he said. "That's for us to see what happens on the outside. I really do like her.”

However, just a few weeks later the couple split with Charlotte explaining she had just gotten out of a long term relationship and was not ready to jump into another one.

She said: “I still wasn't looking for something serious, he's at a stage in his life where he is – so we came to a mutual decision that we'd just cool it off.

"I just need to have that time on my own where I'm not worried about anyone else. I want to be really selfish for one year!"

Currently Charlotte is shacked up with Liam Beaumont who for once is not a reality star, and they have been together since February 2020.

Liam is a 30-year-old videographer and the pair met in Dubai through DJ Chris Wright and have since moved in together.

The couple seem very much loved up and often take to their Instagrams to share their relationship with their fans, most recently with Liam transforming Charlotte’s room for Valentine’s Day.

Posting a pic of the grand romantic gesture Charlotte gushed: "In my 30 years on this earth I’ve never had a Valentine’s so special. @liambeauvideo I love you more then words can describe."