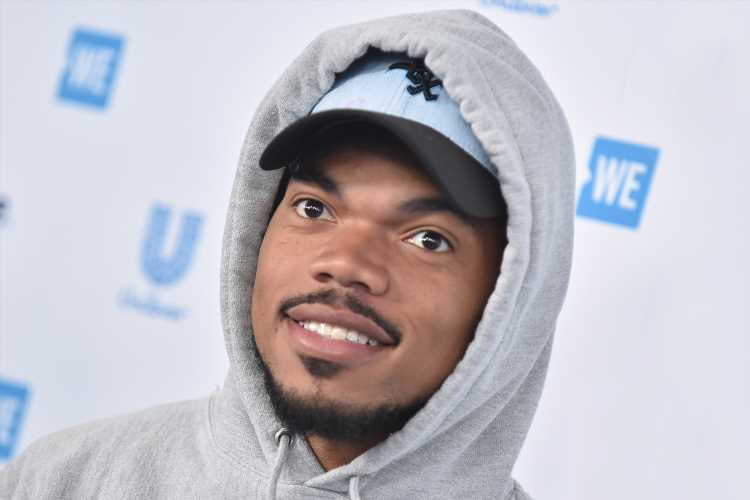 Last Thursday, the producer Trap Money Benny — immortalized by Drake thanks to his preference for Hennessy over champagne — got on a call with Nate Fox, one of Chance The Rapper’s longtime collaborators. Fox was in “crunch mode” trying to finish The Big Day, Chance’s long-teased “debut album.”

“He’s like, ‘we’re still trying to get all the songs OK’d by everybody,’” Trap Money Benny recalls. “‘[The album] hasn’t even gone out to mastering yet.’ In my head I’m like, ‘Damn, this is definitely not coming out at midnight.’”

But thanks to a Herculean final push, The Big Day hit streaming services by midday on Friday. (After a few days with no features listed on Spotify, the star-studded guest list is now easily perusable.) It’s been more than three years since Chance the Rapper’s last album — a lengthy absence by the quick-release standards of modern pop — but demand for his music is still strong. “Hot Shower,” a lean collaboration with radio-favorite DaBaby, is Top Ten in the U.S. on Spotify; “Slide Around” is already getting some play on the airwaves; the album is projected to debut at Number One.

Trap Money Benny spent a week working on the album in Chicago earlier this month, putting finishing touches on five different tracks. The instructions given to him by Fox were at once incredibly precise and paralyzingly open-ended: “If a section of a song is not hot, do whatever it needs to make it hot,” Trap Money Benny explains. “I want you to think this whole album has no dull moments.” The producer spoke with Rolling Stone about making sure The Big Day never lost its momentum.

How did you get involved in this album?
I’ve known Nate for a good 10 years now; he’s like my dad of music. We used to live together in Cleveland and had a studio. I learned a lot from him, watching him. Nate gave me a call: “Can you come in and help me work on this?” I’m from Cleveland, and I was going home to do some family stuff on the Fourth of July. I was like, ‘I can come the week after that.’

I hadn’t seen Nate in a few months, so when he called me like, ‘I have to go to L.A.,’ I was like, aw, damn. I haven’t seen you in a minute, I’m thinking we’re gonna be hanging out for the next week and making music, but you gotta dip.

I hadn’t heard any of the songs prior to getting there. Nate didn’t tell me, do drums on this one, do bass on this one. I didn’t really have a clue what I was getting into. I went to Chicago on the 7th or the 8th and I was there for a week. We were in there basically 24 hours a day. And then when I left, I know they were doing the same thing. It was just a grind. Everyone was in there just busting their ass.

They didn’t give you any instructions?
They gave me all the records — they gave me a bounce of every song. Nate said add stuff to ’em, take stuff away, rearrange ’em. Nate trusts me; he wanted my taste. He’s like, you’re a big guy now, do whatever you want. They ended up liking a lot of what I did. I probably got around 20 songs that I was listening to and figuring out what I wanted to do to each one. I probably worked on 10. And then five of the songs I added to made the album.

There’s this really dope dancehall, afrobeats kind of song that I think Nate originally produced. He said it would be crazy if I messed with it, got it to a new space — it was kind of stagnant. But that didn’t make it. Hopefully one day that’ll come out. That was the one song that I was like, ‘Aw, that didn’t make it?’ But the album is well-rounded.

So you were like a closer in the process?
In a sense. The Bob Wickman, if you know who he is. He’s an old pitcher [for the Cleveland Indians]. Comes in, throws the big gas.

You added to “All Day Long?”
I made the kicks a little bit different in the hooks. Originally it was the first verse, then John Legend on the hook, then an open verse, but it kind of slowed down. Chance wanted that rearranged. After the first hook, the excitement of the song just dropped off, went away. It needed to pick back up; I had to spice it up a little bit, re-work the sounds that were already in there. I don’t know if they wanted to get somebody on it. But Chance then put a hot-ass new verse on there. I think I did some drum fills too? It was one hectic week of working noon to five a.m. every day. It was a lot of coffee, a lot of ordering out. It was super go-mode. Crunch time.

Did you know that song would start the album?
I don’t think anyone knew the final tracklist. Or there was a working tracklist, but it wasn’t in a specific order. There were five dry-erase boards, all with different titles on them. One of them was the main one, but it wasn’t 100% in order when I was there. So I had no idea that would be the first song.

Are the vocals from En Vogue on “I Got You (Always and Forever)” new or sampled?
All the vocals and harmonies are fresh. When I got to that, it didn’t have a second verse on it either. Just there for a filler was a 2pac verse — I think it was from “How Do You Want It.” It sounded like it belonged on the song. It was perfectly in pitch; it was on tempo. I added some drums and did the bass on the verses. I was doing the sub-bass, the 808, on the first verse, before I listened to the whole song. Then I put the bass where I thought it should be in the second verse just looking in Ableton, I hadn’t heard the second verse yet. Then I listened through and heard this Tupac verse with the new bass line — what the hell? But it went perfectly. Chance added his own second verse later.

“Handsome” and “Big Fish” both sound like potential singles.
Smoko [Ono] and Peter [CottonTale] started “Handsome.” Megan [Thee Stallion] wasn’t on it yet. I tried to spice up the drums — they were already going somewhere, but I was like, let me help you take them all the way there. A lot of the songs they’d had for a minute, so everyone was hearing them just one way. When I came in, I’m fresh on all of these. I haven’t heard anything, so I have a new take on everything. Everyone was so used to hearing them. I came in able to bring different ideas because I have never heard ’em before.

With “Big Fish,” I added orchestral choir pads that happen every so often. Then there’s a big organ at the end of Gucci’s verse that I added when he says “brought the church to the streets.” When I heard Gucci, I was like, this needs organs. That’s a very Gucci-esque thing. There was a lot more organ, but that was the part they liked the most, so they just kept that part. I was super happy they liked that.

“Found a Good One” pushes towards the dancefloor.
“Found a Good One” was my favorite one that I got to work on because it was very Nineties-esque. I did things to help sections flow together. This was the last song I worked on. That was one where Nate was like, this needs something — different swelling, build-up, atmospheric stuff to make it work a little better. This was a really late-night one. I was drinking the most coffee.

When Nate came back and I’m showing him all the stuff I’ve done, I don’t know if he’s gonna like it or think it’s trash — it’s like my dad! I always want to show him tight shit. No wack shit.