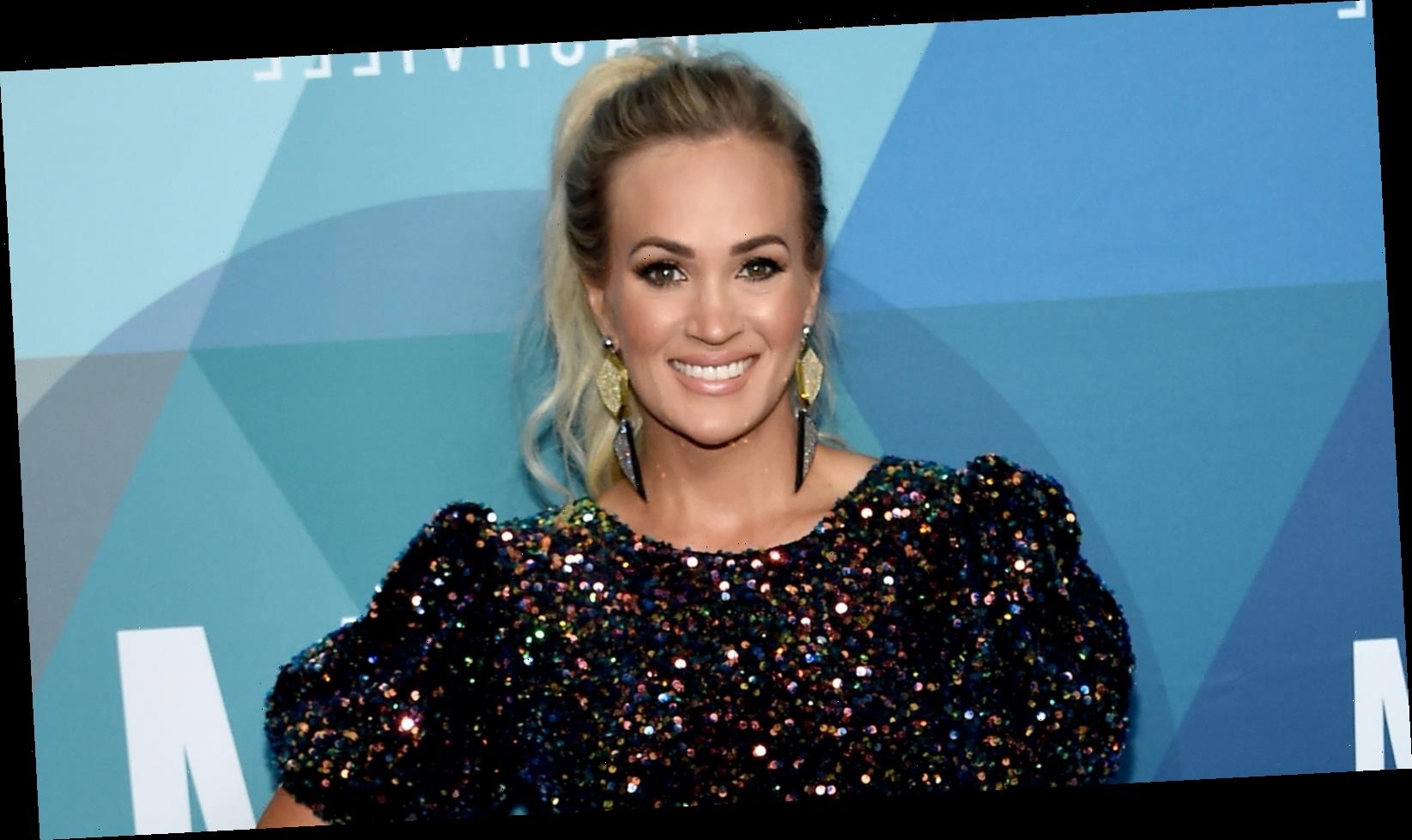 Carrie Underwood is one of the biggest stars in county music, and although she has been a household name for 15 years, she started with humble beginnings and a cloud of uncertainty hovering above her big dream. “My dreams of being a country singer were fading as I got older and more practical and realistic,” she wrote in her health and fitness book, Find Your Path (via Showbiz Cheat Sheet). “Sometimes, when I missed performing, I would tell myself, ‘Everybody wants to be famous.’ What makes you think you’re so special?”

However, Underwood soon found out that she was incredibly talented, a shift that happened when she took a chance on herself and auditioned for a new singing competition show. As fate would have it, the star saw an ad for the series — American Idol — during her senior year of college. The Oklahoma native subsequently made history in 2005 by being crowned the first country American Idol winner in the competition show’s fourth season.

Now, the “Smoke Break” singer is still making history: In 2018, she became the first woman to have four albums reach number one on the all-genre Billboard 200 chart, as reported by Billboard. Additionally, she is now a wife, mom of two, author, and New York Times best-selling author, as well as the founder of a lifestyle and fitness brand.

It is safe to say the country music bombshell has completely transformed before our eyes since we met her on American Idol, and with that in mind, Let’s dive into the stunning transformation of Carrie Underwood.

Carrie Underwood resembled the girl next door while competing on American Idol, often performing in jeans and casual t-shirts with minimal makeup. Although many might think the low maintenance style might signify confidence, Underwood felt the opposite during her first foray in the spotlight. “Back when I was on American Idol, I was a bit heavier than I am now,” she shared with Us Weekly (via Toronto Sun). “Apparently I was fat. Of course I wasn’t, but sometimes words people choose are not the nicest.”

Underwood does admit, though, that she was comforted by food like pasta and quesadillas during her competition show days, which did not make her feel great. “I was tired, and I kept buying bigger clothes,” she recalled to Women’s Health in March 2020. “I knew I could be better for myself, and I let my haters be my motivators.”

Motivated she was, and by the time the 2005 CMA Awards aired, the talented singer lost a noticeable amount of weight. However, Underwood took her motivation a bit too far and had to find her way back to a healthy relationship with diet and exercise.

Inside Carrie Underwood's journey to balance

As a rising country star, Carrie Underwood had a lot on her plate, and often, she handled that by restricting what she consumed. The singer was excited about her physical results after her American Idol win and said she felt better, too. “I was sleeping better, and I had more energy for our grueling schedule,” she told Women’s Health.

The “Before He Cheats” singer took her transformation as a sign to get even more competitive with her workouts. She decided to exercise more and eat less, sometimes consuming as little as 800 calories per day. However, she quickly realized her restricted diet and hardcore workouts were not a sustainable way to live. “I would ‘fall off the wagon,’ then feel terrible and repeat the cycle.”

Now, Underwood lives a well-balanced life. The two-time PETA Sexiest Vegetarian winner tracks her calorie, protein, carb, and fat intake using her MyFitnessPal. Most importantly, the mother of two lets herself enjoy what she loves most: wine. “I do have my vice and it’s red wine. It’s good for my heart, right?” she argued. Another thing that keeps Underwood’s heart happy? Touring. Although running across the stage for about 90 minutes is a workout in itself, she makes time to exercise while on the road.

Carrie Underwood works out while on tour

Carrie Underwood always makes sure her tour diet and workouts give her the strength and vigor needed to carry her through her energetic shows. When touring for her Play On album in 2009, the Grammy-winning artist told WebMD all about her tour health secrets. “In our catering area we have this huge table of supplements for people — little things like vitamin C, echinacea, stuff like that, because if one person gets a cold, everybody’s getting a cold,” she explained.

The musician also squeezes in quick workouts to boost her mood. “If I can wake up and I go get a good cardio session in, a class at a gym nearby, or me on the treadmill, I’m happier throughout the day,” she explained. That same year, Underwood told Women’s Health she had taken on boxing, jumping rope, and kettlebell workouts. “They don’t take up much space and work a lot of different muscles,” she noted.

Tour was not the only thing the “Cowboy Cassanova” singer was staying fit for in 2009. Underwood was preparing for her wedding to former professional hockey player Mike Fisher, which took place in 2010. Her fit physique earned her a spot on Fitness Magazine‘s best celebrity bodies list, where she got crowned “Best Bridal Body,” as Taste of Country noted.

Since becoming a wife, Underwood has also added “mom” to her list of impressive titles. Keep reading to find out how she managed to maintain her healthy lifestyle in the process.

Although some women may understandably skip the gym to give their aching feet and sore backs a break, Carrie Underwood pushed herself to stay healthy throughout both her pregnancies. During her first pregnancy with son Isaiah (born in 2015), her trainer Erin Oprea did not hold back any praises for Underwood’s fierce determination to be a fit mom. “She’s a champ!” she told People. Oprea said that while pregnant, Underwood used lighter weights and more reps of each exercise, which included lunges, sumo squats, and shoulder toning. She also focused on staying hydrated and “eating clean.”

Even during her second pregnancy in 2019, the “Smoke Break” singer kept a positive attitude about maintaining a fit figure. “After having my first kid I felt like I bounced back fast. And then with Jake, it was like my body took a minute to get back to me,” she explained to People in 2019. “But I’m four years older. That also helped me shift my mindset — I’m still working hard, wanting to be the best me possible, but cutting myself slack and just thinking, ‘Be kind to yourself.’ It’s amazing what we [women] do to ourselves. We’re probably all our toughest critics.”

Underwood has gone through quite the transformation since her American Idol days — through fitness, her style, her career, and her love life — and we are simply “Blown Away.”