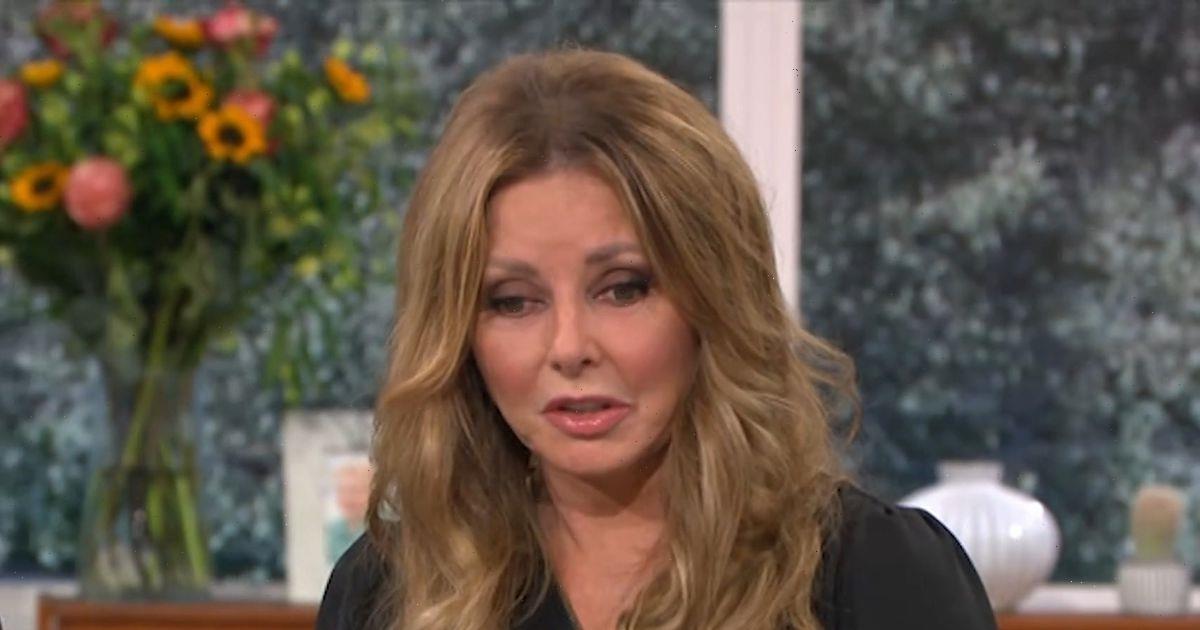 The 60-year-old shared the devastating tale to her 174,000 followers to support her friend Myleene Klass who is releasing a documentary about miscarriages.

Sharing a pic of Myleene, she wrote: "Myleene @myleeneklass is a wonderful mother (I've seen it many times over) to 3 happy children. She's done it the hard way as a single parent for many years.

"Now she's found the strength (and it is strength) to talk about miscarriage.

"So many suffer miscarriage every day and it not only affects the women who physically endure it but also their partners.

She added: "The loss for many never leaves and yet it's been a taboo for so long.”

Carol then went on to say that she had been lucky to have given birth to two healthy children, but that her mother had sadly suffered a miscarriage.

She said: "I've been 'lucky' and had two pregnancies and two babies and have never miscarried.

"My mother did. She became pregnant again, she went full term and then her first child John died just hours after being born. He was buried in a mass grave as babies often were back then.

"I didn't know how much she'd continued to grieve quietly for him until she was close to death and asked to be buried in the same cemetery to be near him.”

She concluded: “So if you are going through this, have been through this or just want to hear the stories then please watch Myleene's documentary on @wtvchannel tomorrow night Thursday at 9pm."

Her army of fans flooded the comments with praise and support for Carol’s words and Myleene’s honesty.

“Her bravery will inspire people and move them,” chimed in one admirer.

Someone else wrote: “Well said. My godfather's wife had 2 miscarriages in the 1970s and I remember them talking about it 25 or so years later and it clearly still hurt them deeply so well done to Miss Klass for being brave enough to talk about it.

"I wish her and all who have suffered this way huge amounts of love & wrap around hugs. Thank you Carol.”

Myleene herself commented on the post to thank Carol, penning: "Carol. Your words are so powerful. Thank you.”

If you have been affected by this story, advice and support can be found at Sands (stillbirth and neonatal death charity). You can call them on 0808 164 3332 or email [email protected]