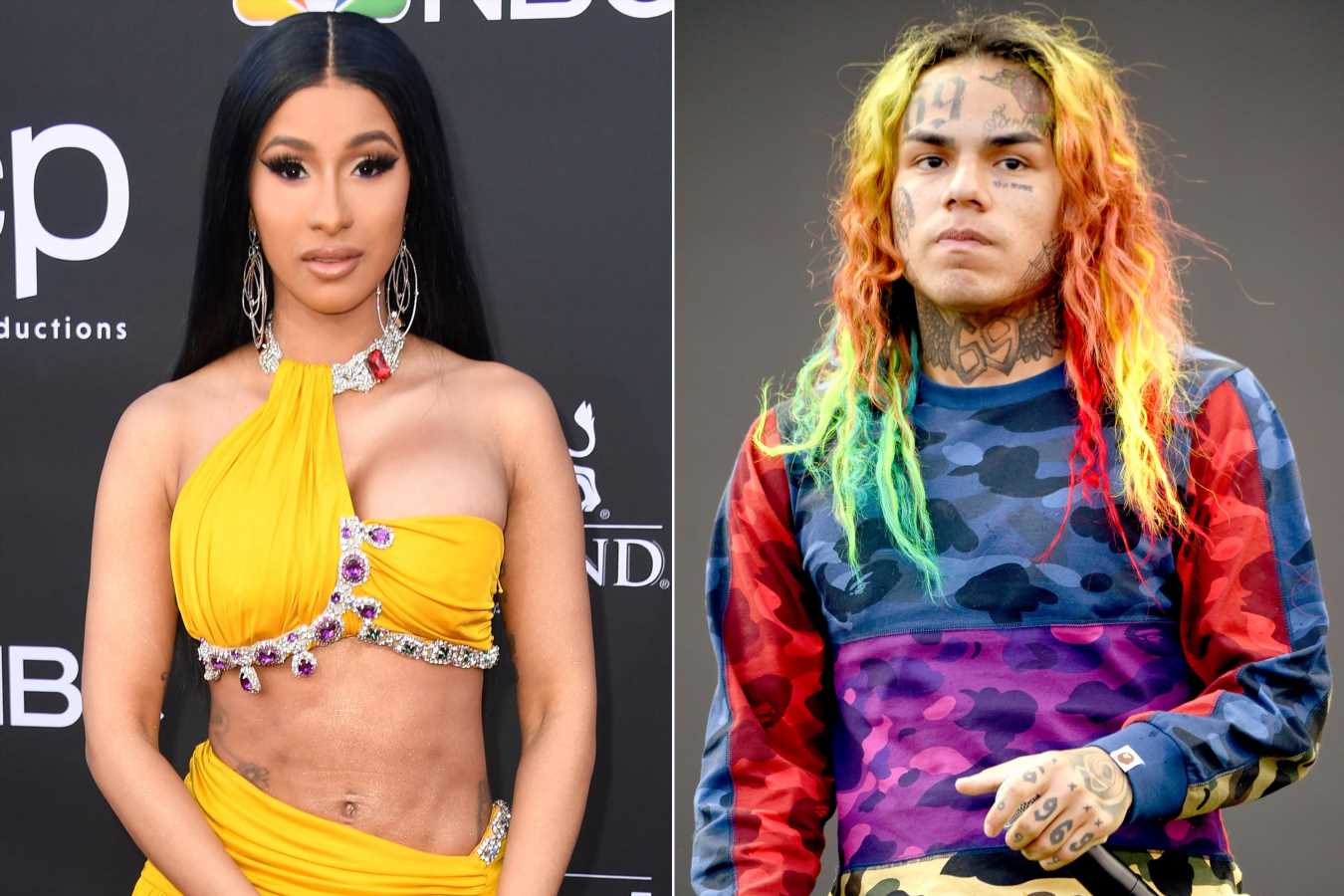 Cardi B is denying claims that she’s affiliated with the New York City gang Nine Trey Gangster Bloods after rapper Tekashi 6ix9ine named her as a member during cross-examination.

On day three of his explosive trial, Tekashi — who was indicted on charges of racketeering and firearm offenses stemming from his alleged participation in multiple shootings and robberies at gunpoint — was asked if he followed in Cardi’s footsteps of using gang members in his projects to achieve success, PIX11 TMZ and Billboard reported.

The “Fefe” rapper, 23, denied he used Cardi, 26, as a “blueprint” stating, “I knew who she was. I didn’t pay attention,” according to the outlets, adding that she is affiliated with Nine Trey.

Cardi promptly denied Tekashi’s claim on Twitter writing, “You just said it yourself… Brin not 9 Trey. I never been 9 Trey or associated with them.”

Cardi also slammed the allegations on Instagram by sharing the viral meme of KeKe Palmer responding to a photo of Dick Cheney during an interview with Vanity Fair.

“I hate to say it. I hope I don’t sound ridiculous. I don’t know who this man is. I mean, he could be walking down the street, I wouldn’t — I wouldn’t know a thing,” Palmer, 26, said in the clip shared by Cardi.

The rapper did not leave a caption for the post, letting the meme itself further deny Tekashi’s claims.

A rep for Cardi also spoke out in response telling Billboard: “This is not true.”

A rep for Cardi did not immediately respond to PEOPLE’s request for comment.

While the “Bodak Yellow” rapper denies any involvement with Nine Trey, she, however, is a Blood.

During her 2018 interview with GQ Cardi shared, “I used to pop off with my homies.”

“And they’d say, ‘Yo, you really get it poppin’. You should come home. You should turn Blood.’ And I did. Yes, I did. And something that — it’s not like, oh, you leave. You don’t leave,” Cardi told GQ.

In February, Tekashi pleaded guilty to nine felony charges and admitted to being a member of Nine Trey. He took a plea on Jan. 23 regarding his involvement.

As part of his plea, Tekashi — known for his album Day69: Graduation Day  — admitted to joining the gang in the fall 2017, and hiring a fellow gang member to “shoot at” rap rival Chief Keef in June 2018, in order to “maintain or increase my own standing in Nine Trey,” according to documents cited by TMZ.

He went on to admit to robbing a rival at gunpoint with other gang members in April 2018, to helping attempt to kill another rival in March 2018, and to selling a kilo of heroin in 2017, the New York Post‘s Page Six reported.

“I apologize to the court, to anyone who was hurt, to my family, friends and fans for what I have done and who I have let down,” he told the court judge, according to a court transcript obtained by Page Six.

The outlet reported that Tekashi pled guilty to further federal felonies including racketeering conspiracy, firearms charges, narcotics trafficking, and violent crimes in aid of racketeering. He was previously indicted for six felony charges in November 2018.

His charges carry a minimum sentence of 47 years in prison, with a maximum sentence of life in prison, according to The New York Times. However, TMZ noted that because Tekashi is cooperating with authorities he will likely receive a more lenient sentence.

Tekashi is currently set to be sentenced in January 2020, the outlet reported.

“Nine Trey was a criminal enterprise involved in committing numerous acts of violence, including shootings, robberies, and assaults in and around Manhattan and Brooklyn,” they said in a previous statement. “Members and associates of Nine Trey engaged in violence to retaliate against rival gangs, to promote the standing and reputation of Nine Trey, and to protect the gang’s narcotics business. Members and associates of Nine Trey enriched themselves by committing robberies and selling drugs, such as heroin, fentanyl, furanyl fentanyl, MDMA, dibutylone, and marijuana.”

Tekashi was previously sentenced to four years probation and 1,000 hours of community service in October 2018 for a prior arrest over his involvement in a child sex case.