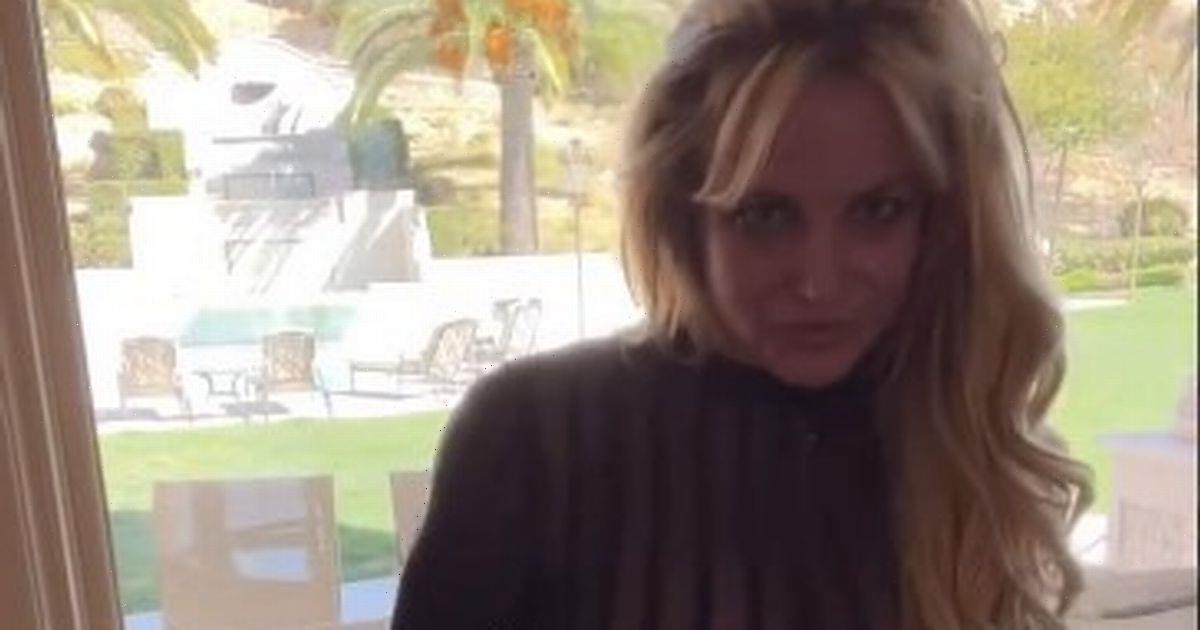 The Toxic singer can bee seen performing some sexy dance moves as she models a very short black dress that gives fans a peek at her black bra and matching black underwear.

The star, 40, accessorized with brown wedge sandals and let her iconic blonde hair falls loosely down her shoulders.

Britney posed up a storm for her 42million followers in front of a sunny green garden backdrop with Naika’s Sauce playing in the background.

Fans were quick to comment on the sexy video, with one gushing: “OMG BRITNEY!” followed by flame emojis.

A second added: “Love you queen,” while a third said: “Beautiful.”

Fans are eagerly awaiting the release of Britney’s new music as she collaborates with music icon Elton John.

Sir Elton has recorded a duet with Spears, called Hold Me Closer, which will be released on Friday.

However, he couldn't resist sharing the track with the patrons of a restaurant in Cannes on Tuesday night.

After approaching the restaurant's DJ, he sang along with the track, streaming the reaction on his Instagram page.

Wearing a colourful shirt and matching shorts, Sir Elton, who had hip surgery last year, remained seated for the performance.

The track starts with Spears singing the first few lines of “The One” and eventually has her transitioning into the iconic chorus line of Tiny Dancer.

In style and sound, it's similar to Sir Elton's duet with Dua Lipa, Cold Heart, which became a global number one hit last year.

Hold Me Closer will be Spears' first new music since her 2016 album, Glory. It was reportedly recorded last month in Los Angeles.

The duet was "Elton's idea and Britney is a huge fan", said US tabloid the NY Post, citing an unnamed "industry insider".

Sir Elton previously revealed the cover art for the single, which features side-by-side photos of the two stars as children – Spears in a pink tutu and Sir Elton behind a piano in his school uniform.

For more of the latest showbiz news from the Daily Star, make sure you sign up for one of our newsletters here.