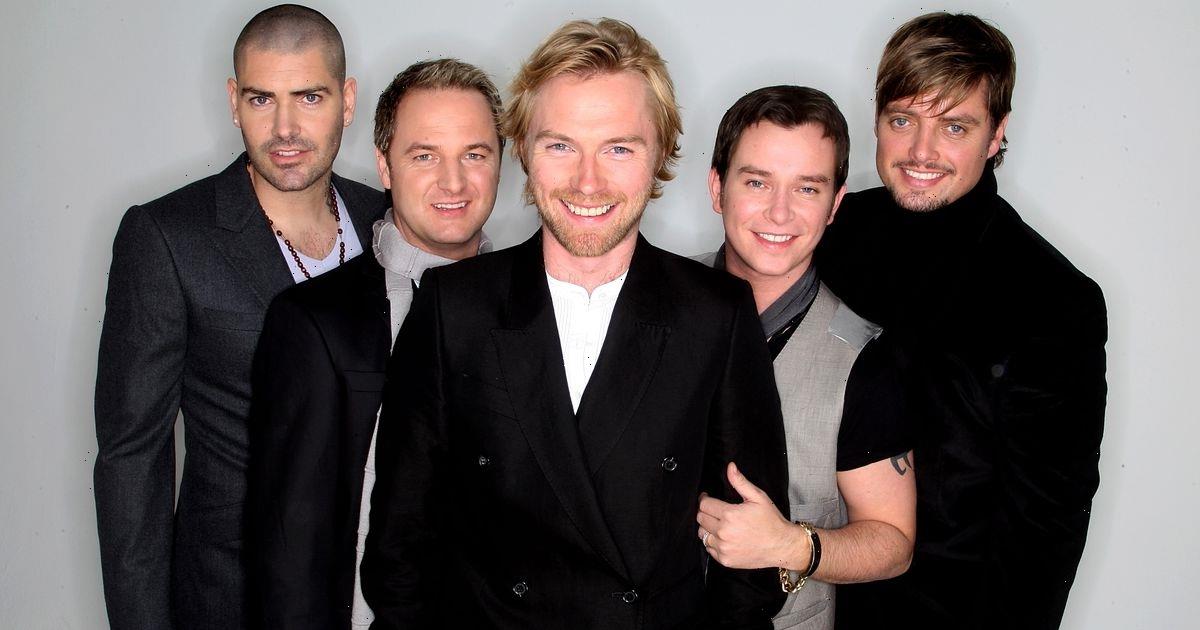 Boyzlife singer Keith Duffy and late bandmate Stephen Gately had a brush with a ghost before his tragic death.

And nearly 13 years after his passing the former Corrie star continues to feel his presence.

Chart-topping boyband Boyzone were rocked when Stephen died of a pulmonary oedema due to an undiagnosed heart condition in 2009 aged 33.

Keith says: “Stephen would feel spirits – it would upset him, the flat he grew up in he told us how a woman used to sit at the end of his bed, Easter eggs flew off the top of a wardrobe and a hairdryer that wasn’t plugged in went off.”

The pals went for a dog walk one Boxing Day in the early hours when Stephen was staying with Keith for Christmas.

He recalls: “I had golden retrievers and when I couldn’t sleep I’d take the dogs for a walk at night.

“There was a graveyard 1km from my old house and on St Stephen’s Day (Boxing Day) night 14-15 years ago we went out with the dogs.

“Stephen said, ‘Duster, what are you bringing me here for?’.

“I put my arm around him as he was scared.

“On the way back I saw my neighbour Malachy doing something in his bush but when he turned around it wasn’t him, it was a ghost – and blew over us.

“Stephen said, ‘Tell me you saw that?!’ and I told him I did, I kept saying, ‘There but for the grace of God go I’ until he calmed down.”

They release their new album Old School on Friday (May 6).

Keith says: “Brian and I made a pact when we started every time during our shows we would dedicate part to Stephen.

“I absolutely feel his presence and we joke about what he would think of us on stage.”

Last month Tom Parker of The Wanted – who Brian took part in Channel 4’s The Jump with, and at one time shared a manager – died of a brain tumour.

Brian says: “Tom was the nicest guy in the world.

“We spent four months together in the Alps for The Jump and I was going through old photos recently and found one of me with him and Kelsey when they got engaged.

“It’s heartbreaking for a young man leaving his family behind, it’s been a strange time as we also played a lot of golf with Shane Warne, and Keith lost his father this year – it makes you value life.”

The pair are now putting all their energy into Old School, which they co-wrote and hope will bring new fans onboard.

Brian adds: “We were never supposed to write original music but this is serious.”

Keith adds: “We wanted it to be a version of the eighties sound we love but fresh.

“We’ll still perform Boyzone and Westlife hits – on our last tour a lady on a zimmer frame bought a VIP ticket for her 90th birthday and was sat next to a six-year-old.

“We had years of record companies dictating to us, making us do covers.”

Previously dubbed the wild ones of their boybands, Brian and Keith were recently accused by viewers of being drunk while on Sunday Brunch.

Brian laughs: “Even though we’re party animals we weren’t drunk at 9am.

Keith adds: “We tend to come off stage and have a glass of red wine and a steak and go to bed because we don’t want to spoil our golf the next day.”

Boyzlife’s new album Old School is out on Friday, May 6. See boyzlife.co for album signing details and tickets to their autumn UK tour.