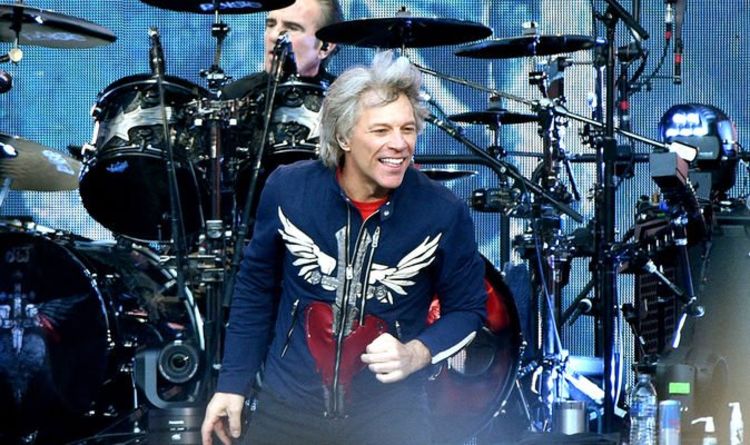 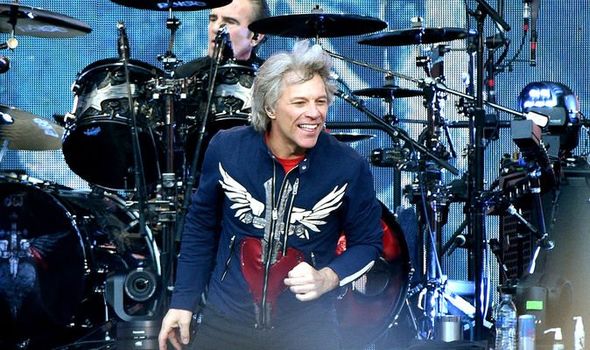 Whilst most bands from this period walked around with tombstones in their eyes, Jon Bon Jovi’s clear eyed determination, and knack of writing a catchy tune, placed his band on the superstar stairway to global success.

Now firmly established as rock ’n’ roll royalty, tonight’s full stadium came to sing along to those big hits; even if it meant also cheering along to a few pleasant rock fillers.

The big riff to their latest tune ‘This House Is Not For Sale’ opened a strong set of anthemic, atomic bangers as a first-pumping ‘Raise Your Hands’ fell into ‘You Give Love A Bad Name’.

57 years young with shorter, grey hair, not so tight jeans and gleaming white teeth that dentists call urinal whites, JBJ leads from the front like a musical matador teasing his mainly female audience.

”If you’re really nice to me I’ll take you back to 1983 when I had long hair” promised Jon as the band launched into back in the day deep cut ‘Runaway’.

Wearing a satin jacket emblazoned with a red heart topped by angel wings, he raced down the stage ramp as he and the band were projected onto the huge backdrops.

Imploring the whole stadium to stand up, ‘Shot Through The Heart’ then exploded out of the colossal sound stage. 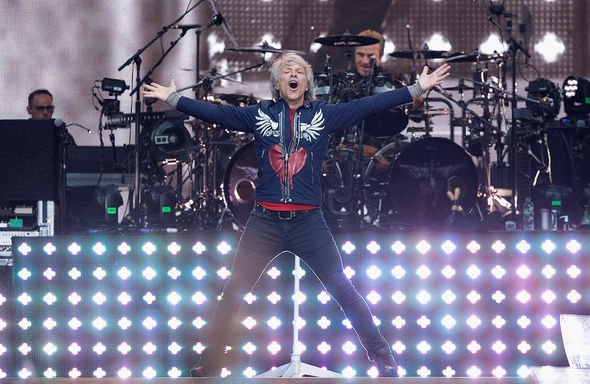 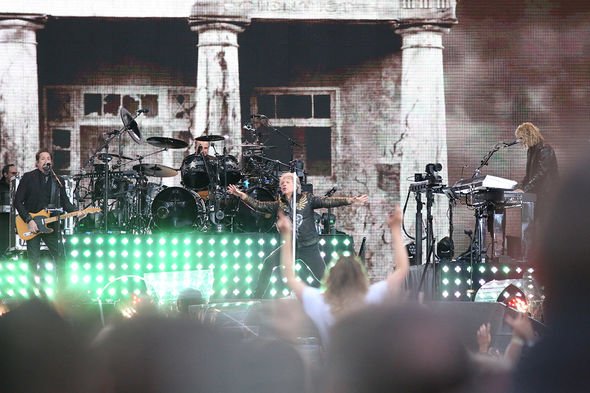 Turning up the volume further, the church organ intro and anthemic chant of ‘Lay Your Hands On Me’ achieved the biggest sing along of the night. The backdrop of stained glass rock symbols turned this hallowed football stadium into a church of rock ’n’ roll.

As the mighty acoustic riff to ‘Wanted Dead Or Alive’ rumbled around the stadium, the now energised crowd raised the roof as the band crashed into this epic western tale.

However, saving the best to last, ‘Living On A Prayer’ further emphasised and reminded of this band’s universal appeal sending a buzzing stadium homeward bound.