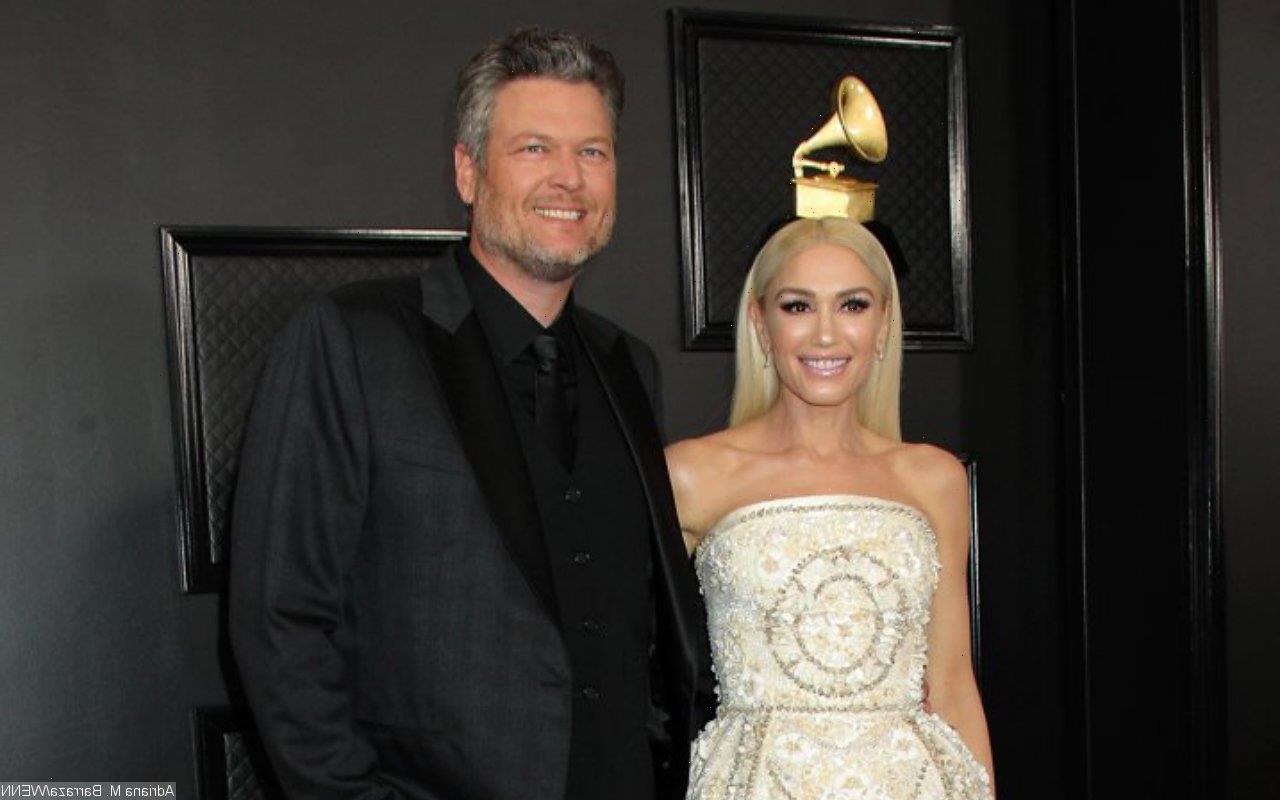 The ‘Hillbilly Bone’ singer has unveiled the romantic song he penned as wedding vows for his nuptials with the No Doubt frontwoman, four months after the ceremony.

AceShowbiz –Blake Shelton has released the romantic song he wrote as his wedding vows when marrying Gwen Stefani.

The country singer delighted fans by dropping “We Can Reach the Stars” – four months after he and Gwen tied the knot – and shared a picture of himself and his bride on Instagram as he confirmed the release.

“Gwen and I decided we were going to write our own vows for the wedding, but I decided to surprise her by writing a song instead…,” he wrote alongside the snap.

Carson Daly, who officiated the pair’s wedding, was quick to comment on the post, writing, “You didn’t decide to! I forced you to. Thank Jesus too, yielded the best wedding moment & a hit song! You should buy me a tracker w the royalties cowboy.”

The TV presenter had previously urged Blake to record and release the track as he said on the “Today” show earlier this year (21), “I told him, because when he was singing his vows…, the radio guy in me, I’m like, ‘That’s a hit song’. I don’t think he had a name for it. I texted him last night and… he said Reach the Star was the working title. Hopefully he’ll record it.”

Blake later wrote on Instagram that he’s enormously proud of both the song and the fact that he gets to call the former No Doubt frontwoman his wife.

“I’m really proud of #WeCanReachTheStars and I’m really honoured to be with @gwenstefani,” he wrote. “That’s why we got married in the first place. That’s why we wear rings… because we want everyone to know. I’m thrilled to share this song with the world.”