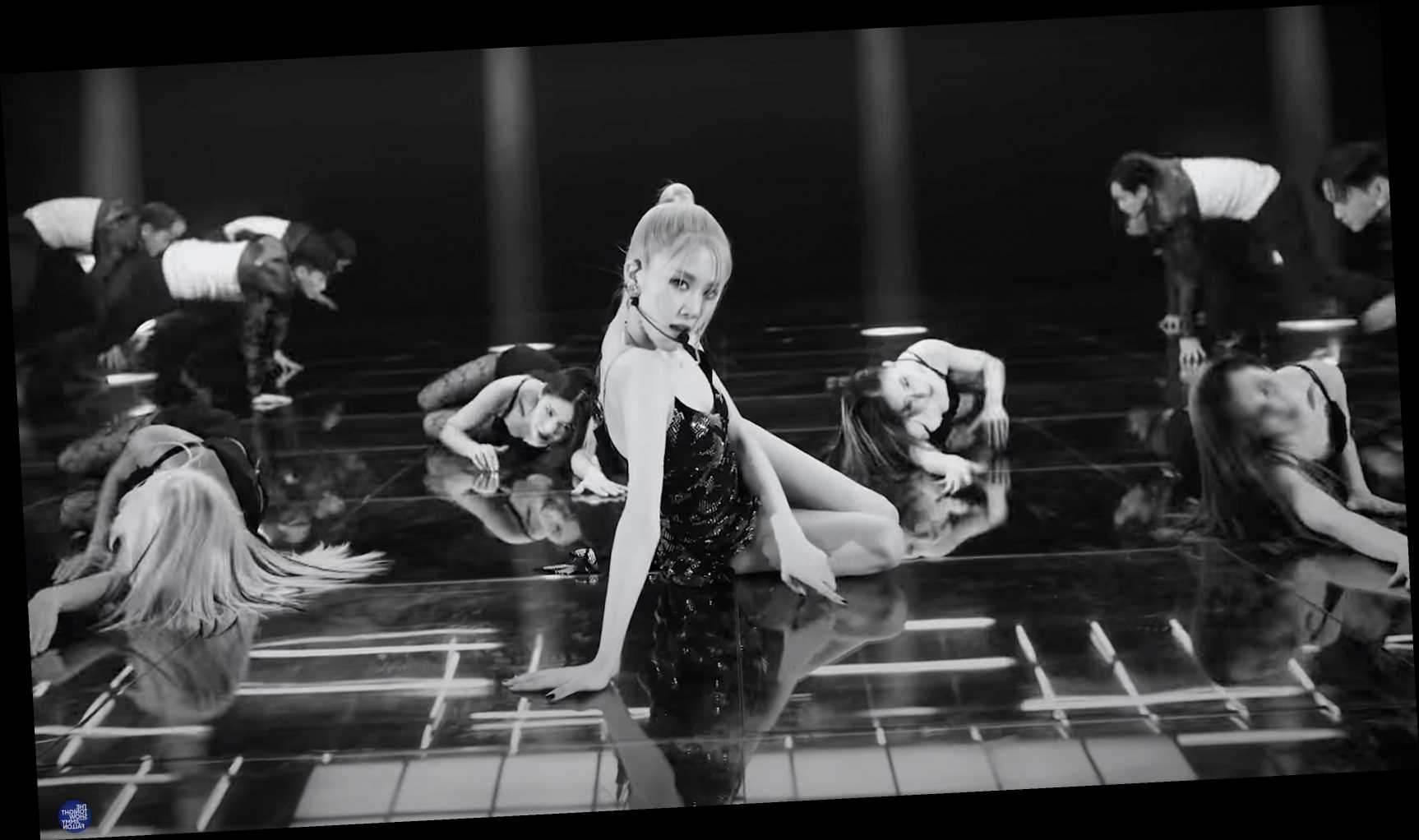 Blackpink’s Rosé shared a performance of her new solo single, “On the Ground,” on The Tonight Show Tuesday, March 16th.

“On the Ground” is a clever pop track that finds Rosé gliding over understated guitars during the verse before the track opens up with a chorus that boasts just the right amount of dance-pop punch. For the Tonight Show, Rosé turned in a black-and-white clip that found her effortlessly performing the song while running through elaborate choreography with an array of back-up dancers.

“On the Ground” is one of two songs, along with “Gone,” that comprises Rosé’s debut solo project, R, which was released Friday, March 12th. Rosé also dropped a music video for “On the Ground” to coincide with R’s release.

R arrives on the heels of Blackpink’s virtual concert event, The Show, which streamed on the group’s YouTube channel back in January. Blackpink also released their debut album, dubbed simply The Album, last October.